The final Star Wars: Episode IX trailer is here and it's fantastic. 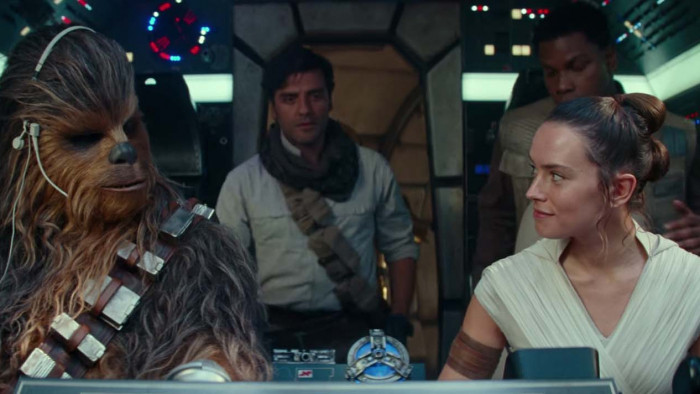 This is it, the beginning of the end for the Star Wars franchise as we know it.

After 42 years and nine movies, the Skywalker Star Wars arc is coming to an end and the final Star Wars: The Rise of Skywalker trailer has arrived and, my god, it's a good one.

For whatever reason, the excitement for the latest Star Wars has been a little muted. It might be because The Last Jedi landed with mixed reviews. It may well be that we are all a little Star Wars'd out, given that we have had four movies in just four years (not including Episode IX).

Whatever the reason, that's all changed with the latest trailer, which has pushed hype levels to maximum, and hints at some huge reveals that will forever change how we view Star Wars.

With that in mind, here are 5 things we've learned from the new Star Wars: Episode IX - The Rise of Skywalker trailer.

1. Coming together isn't a good thing

"Your coming together will be your undoing". That's the words from Sheev Palpatine - who or what he is talking about we don't know. There's a lot of coming together in the trailer. There's Resistance teaming up for a start, there's Rey and Kylo (who are either going to f*ck, marry or kill) and we even hear both Luke and Leia share a moment at the end of the trailer, explaining "the Force will be with you, always".

2. The Rebellion is back

The end of The Last Jedi saw pretty much the whole Resistance sulking in a cave, but the new trailer shows that they are back in a big way. One of the jaw-dropping highlights of the Star Wars: Episode IX trailer is seeing all the ships together. There's the Millennium Falcon front and centre and maybe even Ghost from Star Wars: Rebels to the side of it. Like Return of the Jedi, everyone is up for a massive ruck.

He's always been a bit annoying, but Star Wars wouldn't be the same without C-3P0 and in this trailer, he will bring you to tears. It looks like he's going to sacrifice himself in some way. As he's plugged in for maybe the last time he tells everyone that he is "Taking one last look, sir, at my friends". It's a genuinely lovely moment.

Palpatine is back and he's back where he belongs, on his throne - one similar to what is seen in Return of the Jedi (or at least what was meant to end up in ROTJ). We don't actually get a glimpse of Ian McDiarmid but we hear his voice saying such things as "Long have I waited".

The end will be on Endor, or a planet that looks very much like it - if the trailer is to be believed. The lush greenery of the planet is shown in the trailer. While this doesn't mean we will get Ewoks, definitely expect some sort of creature to come and help the Resistance - this is JJ Abrams making the movie after all, and he loves a call back.

Watch the trailer for yourself below: