There's plenty of concept art, toys and film posters, too 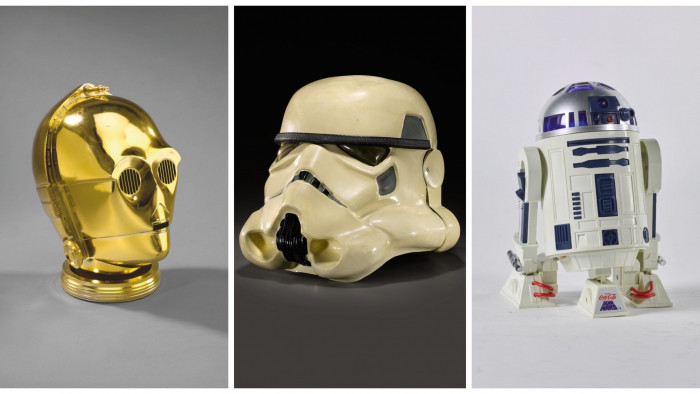 Star Wars: The Rise of Skywalker is only a couple weeks away from hitting the big screen, which means there’s been a recent influx of Star Wars-related merchandise.

Adidas has launched some Stormtrooper Nite Joggers, you get to choose the light or the dark with Garmin’s Legacy Saga Series, and now even Sotheby’s is getting in on the action.

The prestigious auction house is hosting a ‘Star Wars Online’ event includes concept art, toys and prototypes all from the original trilogy.

The classic toys - which include figures of Chewbacca, Obi-Wan Kenobi and Boba Fett - are all still in their original unopened packaging (of course).

The estimated prices for those range anywhere from £400 (which now seems like a bargain) to £3,600 for a set of four, which include Luke Skywalker, Chewbacca, Princess Leia and Obi-Wan Kenobi.

Looking to pick up some early Christmas presents? The cheapest lot is an EMI Elstree Studios Christmas Card from 1980, featuring C-3PO and R2-D2 out doing their Christmas shopping, expected to fetch between £100 and £200.

You can place bids now until 13 December, just in time for the release of Star Wars: The Rise of Skywalker, which will be in cinemas on 19 December.

If those prices are a galaxy far, far away from your bank balance, then this talking Chewbacca mask is for you:

Star Wars Chewbacca Talking Mask
£21.05
Open the mouth of this Chewbacca mask - the wider you open your mouth, the louder the roar. Looking just like movie character, this mask is fun for children and adults alike.
Buy now at Amazon