May the forerunner be with you 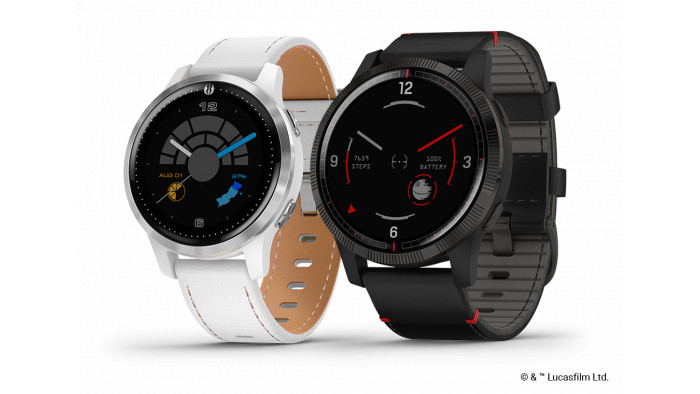 There’s an abundance of Star Wars merchandise out there - and plenty of it is a little bit naff - Garmin’s new Legacy Saga Series is not.

With two months left until Star Wars: The Rise of Skywalker is released, these two special edition GPS smartwatches play tribute to two of the most iconic Star Wars characters to grace our screens - Resistance’s hero Rey and the ultimate nemesis Darth Vader.

Rey's watch has a white leather band, the Jedi insignia engraved on the silver bezel and the quote “Nothing’s impossible” emblazoned on the case back. In terms of the smartwatch features, both watches have character-themed watch faces, and the Rey-inspired watch also has a Jedi-themed Garmin Connect app that “brings one of the galaxy’s greatest heroes to life with character-influenced visuals, exclusive badges, Rey-inspired avatars and more”. As expected, the Darth Vader-inspired watch has a darker colour scheme, with a black leather band, red stitching and a grey nubuck leather interior. It’s bezel is inspired by Vader’s TIE Advanced X1 cockpit, with the quote on this watch being “Rule the galaxy”. This comes a Sith-inspired Garmin Connect app instead, which comes with similar visuals and badges to the Jedi app (just with more a dark side). More practically, both watches also do everything you’d expect from a standard Garmin watch; 24/7 health monitoring, on-screen workouts, social media and text notifications and a number of safety features including incident detection. Dan Bartel, Garmin vice president of global consumer sales, said working on the collection “never felt like work”. “Many of us have grown up with the Star Wars saga, and it’s fun to wear that fandom right on your wrist. Telling the character story through the watch materials, design, and app experience is Garmin’s unique way of paying homage to such a sweeping cultural phenomenon,” he added. The collection is available now on the Garmin website now for £349.99 each.