The date is a special one, just not the one you are thinking of. 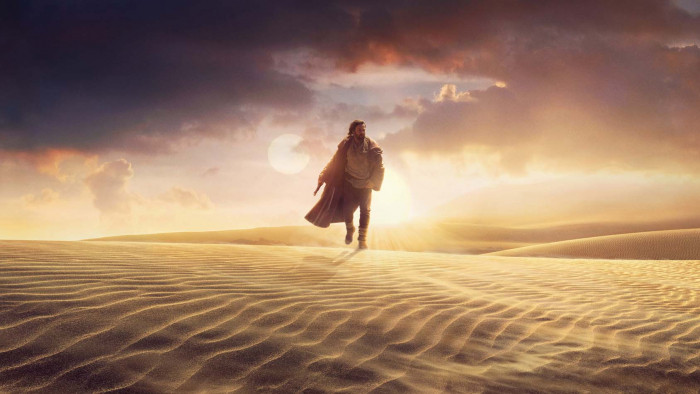 There would be no better way to celebrate Star Wars Day than with a brand-new Star Wars show, but according to Disney Plus it's just not meant to be.

Its next big Star Wars show, Obi-Wan Kenobi, has been confirmed for release in May but it's not going to land on that Hallowed of Star Wars days, May the 4th, but May the 25th.

Fans were speculating that Obi-Wan Kenobi would land on May the 4th. Given that Disney now launches things on a Wednesday and May the 4th is on a Wednesday this year, it was almost certain that we would get to See Old Ben Kenobi on that day, right? Even the good folks over at Reddit thought so, too, but instead we have to wait a whole three weeks more.

But wait, hang on a second... fans should be rejoicing as May the 25th is in fact the 45 anniversary of when Star Wars premiered (in the US at least) and, well, it may not be as catchy as a pun but the sentiment is definitely there.

As well as the date, we have poster and it's glorious. It features a lot of sand, which is sure to annoy Hayden Christensen's Darth Vader ("I don't like sand. It's coarse, and rough, and irritating - and it gets everywhere."). But from a teaser perspective, it's fantastic.

Disney also revealed a little more about the plot of the movie, noting in its release: "Obi-Wan Kenobi, the new Disney+ limited series from Lucasfilm, will debut exclusively on Disney+ May 25. The series stars Ewan McGregor, reprising his role as the iconic Jedi Master.

The poster and Obi-Wan Kenobi release date reveal comes on the same day that The Mandalorian 2.5, sorry, The Book Of Boba Fett concluded its first season and makes us very excited for a show that its main star Ewan McGregor has called both "different" and "special". And if the leaked villain is anything to go by then we are in for a ride.

Quite why Disney didn't choose May the 4th as the premiere date we don't know, but it could be just down to a programming clash. That day will be the same day that Marvel's Moon Knight concludes.

Last year May the 4th was the date that The Bad Batch landed on Disney Plus so we may well see the second series of the animated show on that date as well.

As for an Obi-Wan Kenobi trailer. Well, the Super Bowl is just days away...