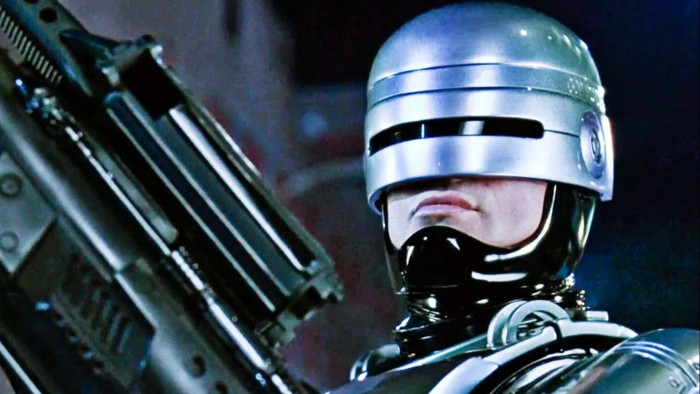 Sometimes things can be less great than the sum of their parts. You’d think putting two great things together would lead to even more greatness, but as anyone who’s ever put Caesar dressing into a pint knows, it doesn’t always work like that.

This is a particularly upsetting example. KFC is great – they make really nice, really delicious chicken, the kind of chicken you eat and then wish you hadn’t eaten so that you still had it and could go through the eating process again. Robocop is also great, one of the most awesome films of the 1980s, enjoyable on multiple levels both as an over-the-top action movie and a satire of the excess and consumerism that defined that coke-fuelled decade.

KFC and Robocop being combined sounds like it should be amazing, but it’s… not?

There’s too much going on, isn’t there? If they just did “The new Colonel Sanders is… Robocop!” then that would be fun, but there are like five other ideas competing with it. The “safe safe” joke doesn’t need to be repeated, the whole bunker thing feels like a separate idea, the sentence “every seven hours a new Kentucky Fried Chicken is built” is confusing because do they mean a restaurant or an actual chicken, what, how, how is someone building a chicken, how do eggs work, what’s going on?

The Bahnhof thing is real – the Pionen data centre is located deep under a mountain, secured by a 40cm-thick door, only reachable by tunnel and capable of withstanding a hydrogen bomb. That’s interesting! You don’t need Robocop in it! Do something else with Robocop! Have two things!