HBO has released a bunch of images from 'Game Of Thrones' season eight: let's overthink them

Do these images confirm that EVERYONE DIES? 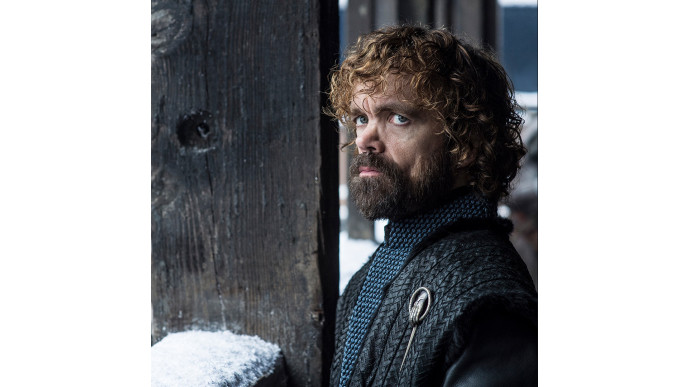 The good people at HBO have released a load of images from season eight of Game Of Thrones, which starts on April 14th. There’s not a huge amount of information to be gleaned from them, but let’s try anyway, shall we?

Look how unimpressed/disgusted Jon Snow and Danaerys Targaryen look. Is this the moment they find out they are related? Is someone standing off-screen holding up a family tree, or just a big bit of cardboard with “U R AUNT & NEPHEW LOL” on it?

Cersei is all on her own, of course, after Jaime walked out on her at the end of season seven. She doesn’t look happy, does she? She’s sticking with the badass royal shoulderpads, which is a good choice as they are cool as all hell. They’re not bringing her any joy though, clearly.

Arya looks less unhappy than some of the other people in the show, possibly because she’s still on a bit of a high from slitting Littlefinger’s throat at the end of season seven. Who’s that behind her with the long hair? And why are they picking their nose, the dirty sod?

Tyrion has been making the same perma-concerned face for a few seasons now, but fair dos – there’s a lot to be concerned about, what with dragons and White Walkers and wights and undead members of Mastodon and his brother and sister banging each other and loads of people wanting to kill him and everything. He’s got a nice new outfit though – or the blue bit is new at least. It’s a bit Star Trek-y, isn’t it? Good on him.

Sansa seems very much to be remaining in “ice cold motherf**ker” mode, which is great news – holy shit, if you rewatch the show, she’s extraordinarily irritating in the first few years, but now she’s this ruthless wintry badass. Her hair appears to be darker than in series seven, which might suggest a further embadassening.

Danaerys spent a lot of series seven wearing a tunic-type thing with two parallel diagonal lines across her chest. Now there are two diagonals criss-crossing – does this mean something? Is it a reflection of some kind of mental or emotional state, like she’s less certain about things than she was before? Or do they just keep giving her new outfits because it’s fun and she’s got interesting hair?

Jon Snow has jammily managed to get a scar that makes him even more handsome than before, because it draws attention to how dreamy his eyes are. What a bastard. He’s clearly on some sort of battlefield, but looks clean as a whistle, so it’s before the battle begins. Maybe there’s no picture of him after the battle because… he’s dead?

Another look at those awesome shoulderpads as Cersei sits sternly atop the Iron Throne. She’s looking down, probably at someone challenging her from the bottom of the stairs that lead up to the throne itself. That swordy chair is presumably going to feature in some quite dramatic moments this season.

Jaime’s armour was red and gold and glistening and shiny last season, and now he’s manky and covered in shit. He looks like a toiletman. By deserting Cersei, has he also turned his back on everything else that comes with being a Lannister? He looks like a dang ragamuffin.

There seems to be a big desk lamp behind Brienne of Tarth. F**k knows what’s going on there. Also she looks sad – hopefully not because of anything bad happening to Tormund Giantsbane, who she would ideally end up happily with, making giant monster babies.

Sam looks happier than everyone else, and looks uncharacteristically well-groomed. He looks like he’s giving a corporate presentation or something – is this when he reveals what he’s learned about Jon’s lineage? If so, that smile will be wiped off his face when he hears about them doing the sex at each other.

Varys used to dress in all colourful silks – golds, greens, flamboyant colours. This season he becomes a Goth, it seems. That belt’s just too damn long, isn’t it?

What can we glean from this image of Ser Davos? SOD ALL. Guy in the background seems like he’s just wearing a pair of ordinary black trousers with his armour though, like some M&S slacks, so that’s something.