The Sand Snakes never quite panned out, did they? 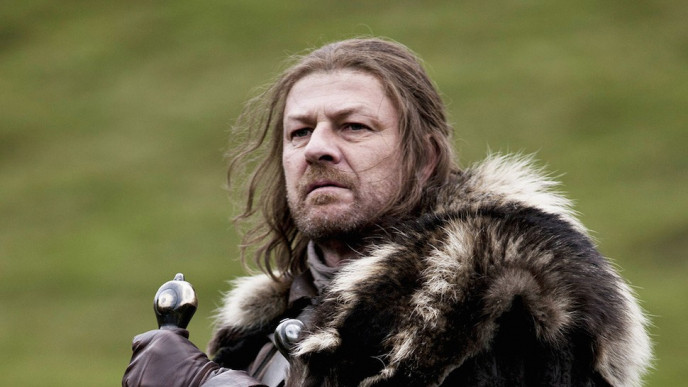 The eighth and final season of the biggest show ever is on its way, and you’ve just about got time – if you start nowish – to rewatch the first seven seasons before it arrives. (Or you can bluff it, whatevs.)

Watching Game Of Thrones for the second time is a strange experience. Knowing what happens to people makes occasional going-nowhere subplots infuriating, while it’s also great to get to see beloved departed characters again.

It’s a very different show now, though – while there are a dozen or so cast members that were there at the beginning, and it’s all one story, the scale of it has changed totally. It started off fairly ambitious, but now it’s insane - a season seven scene holds the Guinness World Record for the most people (voluntarily) set on fire at once, it’s the most pirated show in history and the final season has cost more than any one season of television ever.

They’ll definitely do some annoying shit in the final season where they do the “Previously on Game Of Thrones” thing and use scenes from the first episode, so you might as well watch the whole thing from the start. Watch out for this lot though…

Not all wigs are created equal

The first episode, ‘Winter Is Coming’, contains some of the least convincing wigs you’ll ever see on television. Tyrion Lannister, in particular, sports the hairdo of a young Aaron Carter from the Backstreet Boys. The golden hair of the Lannisters is a plot point, leading to Ned Stark’s discovery of the twincest at the heart of it all, but the makers of the show wisely decided to rein the wigs in a bit.

It’s a strange thought post-Hardhome and Battle of the Bastards, but for the first few seasons of Thrones, the show went to great lengths to avoid having to actually show a large-scale battle. There are loads of scenes of Robb and co planning operations, then a cut to eight or nine grubby, blood-covered extras and a few knackered dudes going “Wow, what a large skirmish that was, I’m sleepy and bleeding.”

There’s a bunch of stuff that they never really make clear, or just casually mention, leaving you to either figure out or ignore. Theon’s position as a ward isn’t ever really explained, for instance, and it’s really easy to miss Jorah being both the son of the Lord Commander and one of Varys’ spies for ages. It turns out that a lot of the stuff that you were slightly confused about the first time round just is really confusing. It doesn’t matter, of course, but it’s nice to realise that you aren’t necessarily a dumbass.

More people were recast than you realise

Daario Nahaaris is the big one everyone remembers, where the handsome guy who was later in Deadpool was replaced by the handsome-in-a-different-way chap who sort of wandered off after a while. But on a rewatch, you realise how many other characters have swapped actors around. Myrcella, Tommen and Rickon are all initially seen played by completely different kids. The Mountain has been played by three different enormous monster-men. Beric Dondarrion is introduced in a brief scene in season one then disappears for a few years and comes back as another dude.

The passage of time has no meaning

It’s really silly. At the start of the show, going from one location to another takes the characters months, but over the years they just start sauntering effortlessly across Westeros without a care in the world, materialising wherever they need to be to deliver some important plot information or take their tops off or whatever. It’s a bit like Lord of the Rings, where it takes them three films to get to Mount Doom then they hitch a ride back on an eagle and it’s a big piece of piss.

The show eased off on ‘sexposition’ in its later seasons, and with god reason – it’s god-awful. There are way too many scenes towards the beginning where two dudes will have a conversation about politics, or history, or some other character, and they’ll have it in a brothel so they can be accompanied for no good reason by several naked, usually unnamed, writhing women. It’s beyond gratuitous, and somehow manages to be offensive to both male and female viewers, patronising the first group while objectifying the latter. When you tell someone you like Game of Thrones and they raise their eyebrows and go “oh I bet you do”, that’s the shit they’re thinking of. They definitely think you have an orc doll under your bed that you sometimes put inside yourself.

Jaime started as a dick

Over the seasons, Jaime has become one of the hearts of the show, one of the few characters whose conscience really seems affected by what he goes through. Nicolaj Coster-Waldau’s performance is really affecting, and his torn loyalties provide a lot of the emotional resonance in the series. Not at the beginning though – at the beginning he’s just a full-on shit, a swaggering hunk with a wandering accent.

Littlefinger has had more accents than one character really should have

It feels as though Aidan Gillen has shown up for every scene with a Big Book of Accents, opened it up at random and fully committed. He’s done an entire regional panto’s worth of voices – he’s sounded like an English gentleman, a Cornish pirate, an Irish pirate, a Cornish pirate stranded in Ireland trying to fit in, and the world’s loudest whisperer. Like, sometimes he sounds like the lady who narrates Masterchef, and sometimes he sounds like an entire cider festival.

Gosh they’re ever so young

They’re all in films and stuff now, so are proper grown-ups, but damn, everyone’s young at the beginning. Isaac Hempstead-Wright, who plays Bran, is about three when we first see him. He’s adorable. Now he’s about six-four, has twelve kids and spent six years in jail [citation needed]. Maisie Williams, who plays Arya, is about forty centimetres tall when we first meet her.

Joffrey’s the worst, everyone knows that, but it’s still a shocker to watch the show again and realise just how much the goddamn worst he is. Actor Jack Gleeson, who is by all accounts delightful, might have done himself a disservice by doing such a good job of playing the worst bastard in television history, because it’s hard to see him without grimacing and shouting bad words.

Sean Bean was the bomb

Sean Bean as Ned Stark was so goddamn good. In a cast of mostly unknown actors saying things about dragons and waving swords about, here was a bona fide movie star grounding it all, bringing his grizzled gravitas to proceedings. Sure, he’d trodden some of this ground before – saying “Bastard” a lot in Sharpe, swinging a sword about in Lord of the Rings – but it all worked beautifully, making his death at the end of the first season all the more shocking.

You have easily forgotten a dozen characters you loved

There are so many characters in Thrones that it’s easy to forget a lot of them, even characters that were huge, awesome presences when they were in it. Mark Addy was amazing! Harry Lloyd! Oona Chaplin! Sibel Kekilli! The dancing swordfighting teacher! The guy from Outlander with the voice you could bathe in! The guy who was the comic editor in Spaced showing up a few times! The dude from Plebs who wasn’t that great! Loads of them!

The Sand Snakes never quite panned out, did they?

Despite fine performances all round, the show never quite knew what to do with the Sand Snakes, and spent ages building them up (along with a monumentally underwhelming “Bronn and Jaime go on holiday” mini-arc) before an abrupt writing-out. And the less said about the single worst line in the show’s history – you know the one – the better.

It’s going to be impossible to end satisfyingly

Hell’s bells, how do you do it? How do you end a show with hundreds of characters, loads of subplots, incredibly detailed relationships and an impossibly complex world? More importantly, how do you end it without pissing millions of people off? Like, there must be a huge temptation to open season eight with a montage that includes two-thirds of the characters in the show dying abruptly, just to give the remaining ones a bit of space to die in. Everyone’ll die, obvz. What a show.