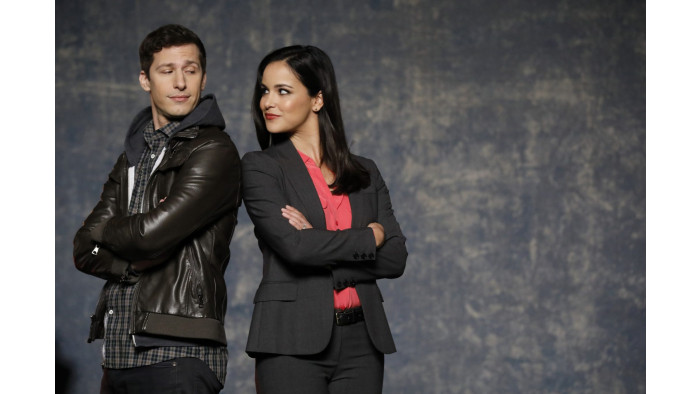 Brooklyn Nine-Nine is one of those shows which has the rare combination of being both popular and (largely) wholesome.

It was heartbreaking, then, to see the show cancelled a few months back. And equally heartwarming to see it renewed after a bunch of people shouted about it online.

If anyone was in any doubt about the future of the Michael Schur creation, that has surely been put to bed with the news that it’s coming back for a seventh season.

The comedy, which stars Andy Samberg, Melissa Fumero, Terry Crews and Stephanie Beatriz, among others, will continue its run on NBC after being dropped by Fox at the end of season five.

Its upcoming season will be the seventh overall, and has been confirmed with season six still airing. The NBC episodes have seen ratings comparable with the final Fox season, peaking at 3.54m for the season premiere.

The reaction from fans has been positive, as you can see from a selection of tweets.

The best reaction, though, came from the cast members themselves.

The series regulars were gathered together to be told the news, and their response was just as good as you’d expect.

In the meantime, we’ve also been given the news that season five of Brooklyn Nine-Nine will be arriving on Netflix on 8 March. Isn’t that nice.