It looks like you won't be watching this one at home any time soon. 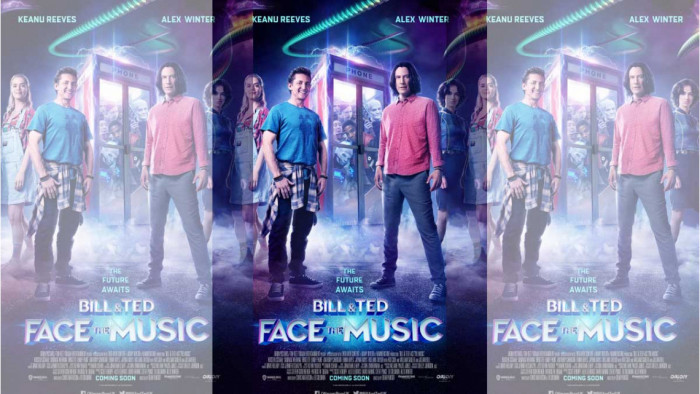 A new Bill & Ted Face The Music UK release date has been revealed - and it looks like we will all have to head to the cinemas to watch it.

There was us thinking that we can get under a duvet, pretend this strange world doesn't exist for a few hours and watch Bill & Ted Face The Music in our pyjamas, but it now looks like we are going to have to head to an actual cinema to watch the movie... in the UK at least.

That's according to the latest information from Warner Bros, which has revealed that the UK release date for the movie is now 23 September and it will be available to watch only in cinemas.

Now, this is all well and good - and we can't wait to see the movie - but unless an on-demand date is also released soon, then the UK is getting a little short changed. That's because near the tail-end of July, it was revealed that the movie would be available in the US 1 September and would be able to watch at home on that day as well.

Bill & Ted Face The Music isn't the only big movie to head to the cinemas first, despite Covid-19 fears. Chris Nolan's Tenet will be debuting on the big screen in the UK from 26 August.

"Yet to fulfill their rock and roll destiny, the now middle-aged best friends set out on a new adventure when a visitor from the future warns them that only their song can save life as we know it. Along the way, they will be helped by their daughters, a new batch of historical figures, and a few music legends — to seek the song that will set their world right and bring harmony in the universe."

To get you in the mood for the movie, watch the third and final trailer below.