New Bill & Ted movie coming to cinemas and the home - at the same time! 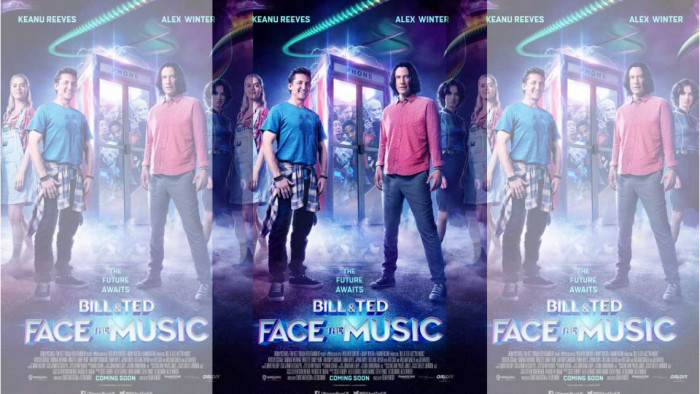 Bill & Ted Face The Music won't be delayed (too much) by Covid-19, with the makers of the movie revealing that it will be available to watch on the big screen and in the home at the beginning of September.

Talking at Bill & Ted Face the Music panel at [email protected] it was revealed that the movie will be available from 1 September, a few days later than scheduled, and will go the way of Trolls 2 and will be available for a premium price to stream the day it comes out in the cinema.

While this won't be welcomed news to cinema chains, which are slowly re-opening after lockdown, it makes sense to give filmgoers a choice - as not everyone will be willing to go out to watch a movie with the rest of the general public.

It didn't do the likes of Trolls 2 much harm, either, with reports that it made more money going down the VOD route than its predecessor.

As for what the movie will be like, Winter said about the original idea: “They laid out this very summary version of a piss-take on Dickens of going back into your life and finding that each iteration of your life was even worse than the previous. It was pretty damn funny."

A piss-take on Dickens sounds great to us.

Keanu also revealed that he loved working on the Bill & Ted movies, saying: “I can’t feel or laugh or do anything like the way that working on Bill or Ted does and working with Alex.

"To partner up and to work on the craft side of it and then to get to play these characters that Chris and Ed created… there’s no other place that I can laugh like this.”

You can watch the whole panel below, hosted by Kevin Smith, which IGN has put up on its YouTube channel.

If you want to watch the third (and possibly final trailer) then head to our article about it.