The Dark Nite rises: Looks like Batman and Fortnite are getting a huge crossover

Here’s what we know so far 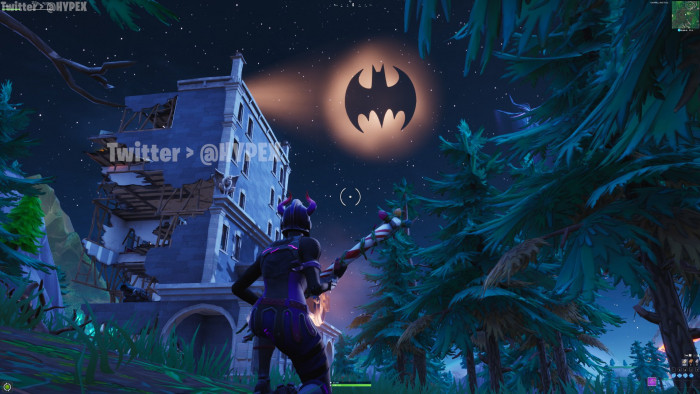 Fortnite is no stranger to a crossover event - Stranger Things, John Wick and Marvel’s Thanos have all previously been taken on - and now Batman may be next to join the gang.

Dataminers, who love poking around behind the scenes of Fortnite, have uncovered a multitude of Batman-related assets - including a new loading screen featuring moonlit gothic rooftops, a Batman banner, and a wing-like Bat Glider.
There also seems to be preparation for a limited-time mode with challenges such as lighting up different Bat Signals around the city, or fighting opponents with an Explosive Batarang.
A mini-map was also uncovered during the mining suggesting that Tilted Town will be converted to resemble Batman’s hometown Gotham City. If the crossover does happen, expect to see buildings such as a police station, a bank, movie theatre and Wayne Enterprises.
Two weapons have also been uncovered: an Explosive Batarang - which sticks to walls and explodes if an enemy gets too close - and the Batman Grapnel Gun - which helps the superhero pull himself towards a target location.

Sadly, none of this has been officially confirmed yet but some are suggesting that if it does, the crossover could happen as early as this Saturday (also known as Batman Day).