Whiskey is incredibly simple in ingredients and, in general, in the process of making it. The resulting product, however, is sublimely complex and comes in more variations than you can probably imagine. So, as we have found, choosing the best whiskey is something of a tough task.

UPDATE: Slipknot are bringing their own brand of whiskey to London. Yes, you read that correctly. The metal band's No.9 Iowa Whiskey is a favourite among rock fans the world over and from 25-26 January you can get your hands on a bottle from their pop-up in Camden Market. The event, which coincides with the band's UK tour, will also give fans the opportunity to get their bottle(s) signed if they head down to the stables between 12pm and 3pm on Saturday.

We won’t get into it too much but whisky is typically from Scotland while others - spelled whiskey with an "e" - are from elsewhere, namely Ireland and America. However, you’ll see some exceptions like Maker’s Mark and Old Forester.

It’s the taste we’re concerned with, not how it’s spelled.

Here you’ll find a wide range of options spanning the globe. Not all whisky is a mouthful of smoke so if that’s not your thing, there are smooth Scotches and sweet bourbons to satisfy your tastebuds. Vote for your favourite below. 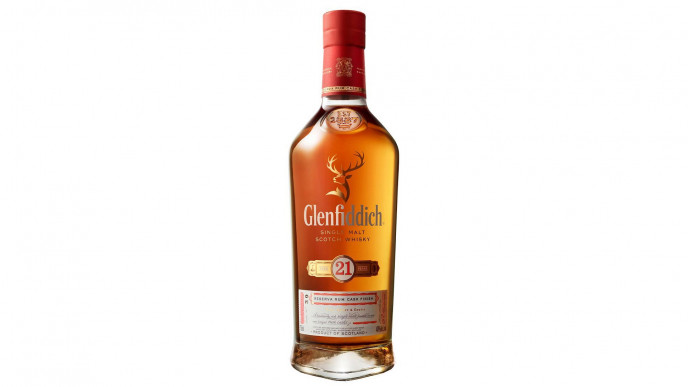 For something dark, rich and complex, the Glenfiddich 21 year old single malt is an excellent choice. The whisky is finished in Caribbean rum casks for an unusual character and a deep amber colour. There are layers upon layers of flavour and when you think it’s done, you’ll discover another. The rum cask gives notes of banana, vanilla, ginger, dried fruit and more. It’s also rich with oak and leather. 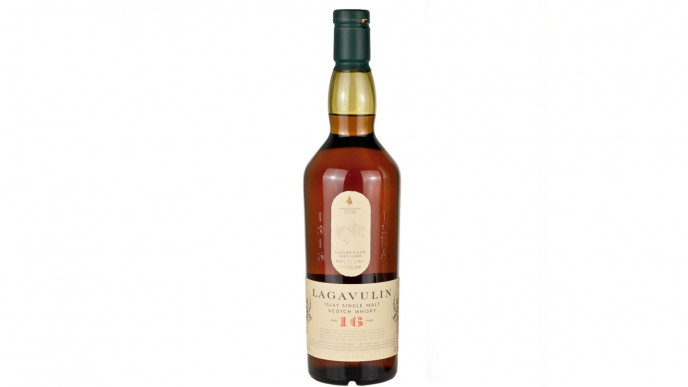 Considered a classic around the world and favourite of Ron Swanson of Parks and Recreation, Lagavulin is not a whisky for the novice drinker.

It has an extremely smokey nose followed by an intensely rich and malty flavour with fruity sweetness. A long spicy finish rounds things off and makes Lagavulin a benchmark with which to compare all Islay whiskies.

This is the standard Old Pulteney but don’t write it off based on that. This is a delicious 12-year-old single malt Scotch at a surprisingly affordable price. This multiple award winner offers an excellent balance of light delicate flavours like apple with a deeper, salty and spicy finish.

Based in Caithness, it is produce from the most northerly distillery in Scotland. 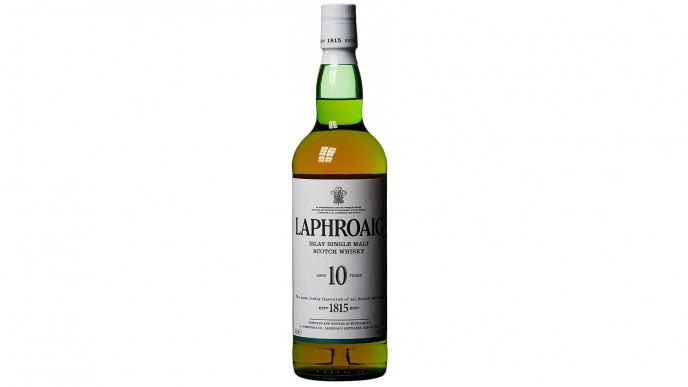 This is from the Isla region of Scotland so it’s one for the peat heads out there who like a smokey tipple. The malted barley is dried by burning peat only found on the island.

Like Glenmorangie, the 10 year old is the original Laphroaig, and that drying process gives it a huge hit of smoke (really, prepare yourself) followed by tastes of seaweed and a medicinal herbal sweetness.

You’ll either love it, or hate it. 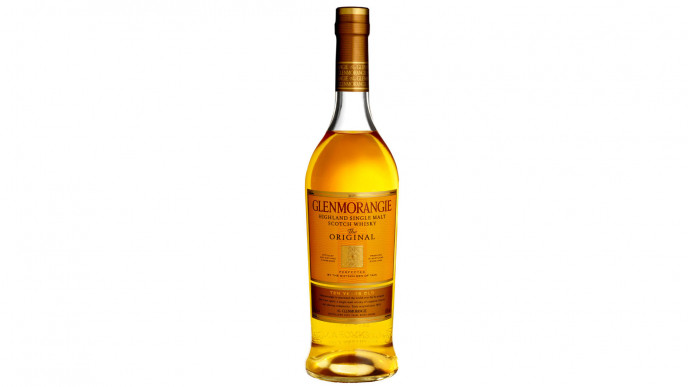 Put simply, this should be part of every home bar. Glenmorangie’s 10 year old, aka ‘The Original’, is a true classic single malt Scotch. It’s simple and soft to drink yet has a complex and slightly sweet flavour with a burst of zesty fruit and delicate floral tones.This is one to give friends as a gateway whisky. 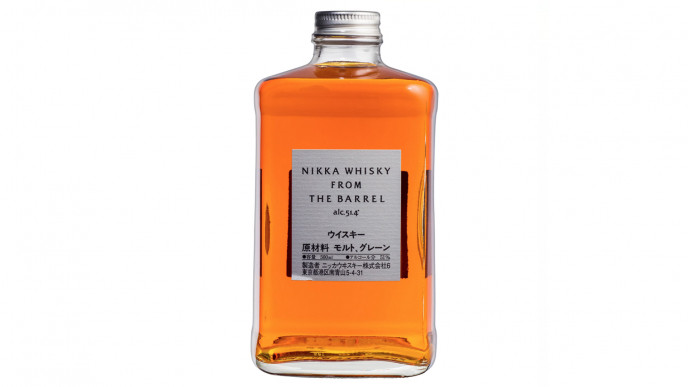 6. Nikka - Whisky From The Barrel

Don’t underestimate a blended whisky from Japan with an understated bottle. Nikka From The Barrel punches above its weight. At 51.4% you might think it is barrel-proof but it actually isn’t.

It packs in so much body and flavour for the price, this is one of the biggest bargains you’ll find in the whisky world. It’s finished in barrels after the blending process and there are layers upon layers here from butterscotch all the way to tobacco. 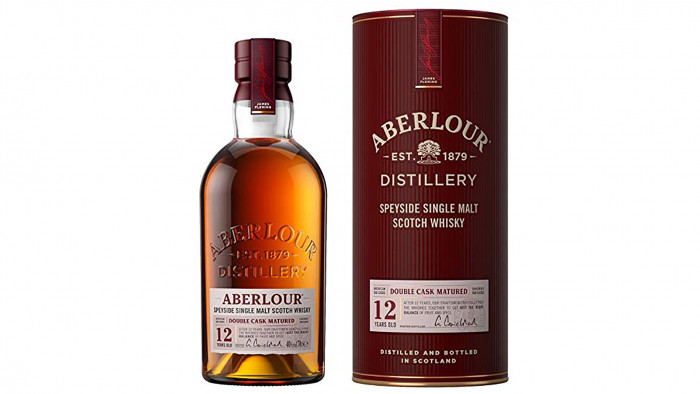 Surprisingly affordable for a 12-year old scotch, Aberlour has aged this in both traditional oak and sherry casks.

It pours a deep amber and has a rich oaky flavour, but the sherry casks provide a fruity - we get a lot of plum notes - and a spicy element. It’s like Christmas cake distilled into a whisky. 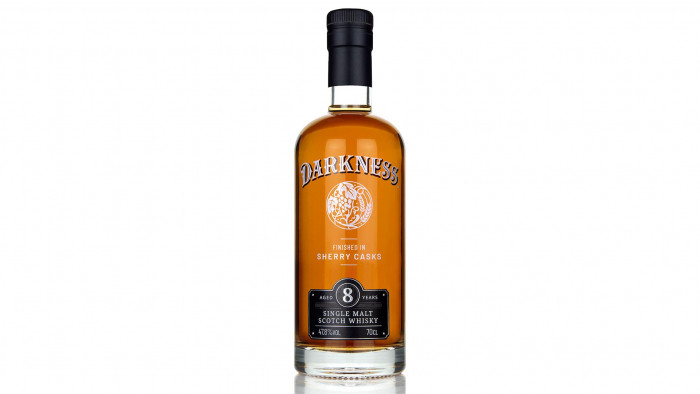 What used to be a very limited release is now a core range whisky. This 8-year old single malt is aged in ex-bourbon barrels followed by sherry casks. These are smaller than normal, meaning more surface area to impart character to the whisky.

The nose is full of candied orange peel and spice leading to flavours of biscuit, fruit and nuts. Add touch of smoke on the finish and you have a very well-rounded and moreish scotch. 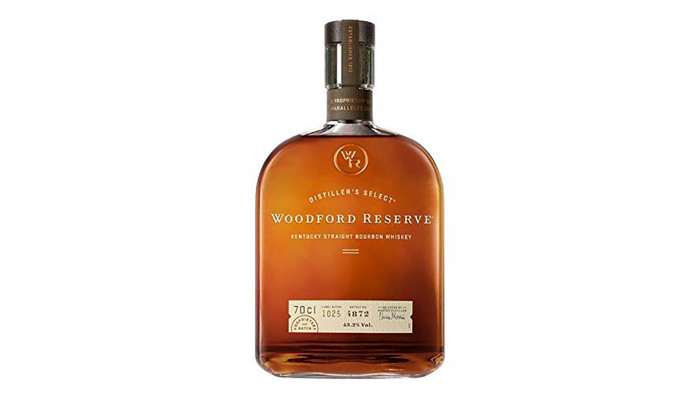 This is a musthave bourbon and a great place to start if your new to the American tipple. It’s a sour mash straight bourbon made on Kentucky's oldest distillery site.

Not only does it have an above average amount of rye in the mash at 18%, it’s unusually triple distilled so it’s smooth but has an intricate flavour of spices, coffee beans, vanilla and a slight burnt oak smokiness. 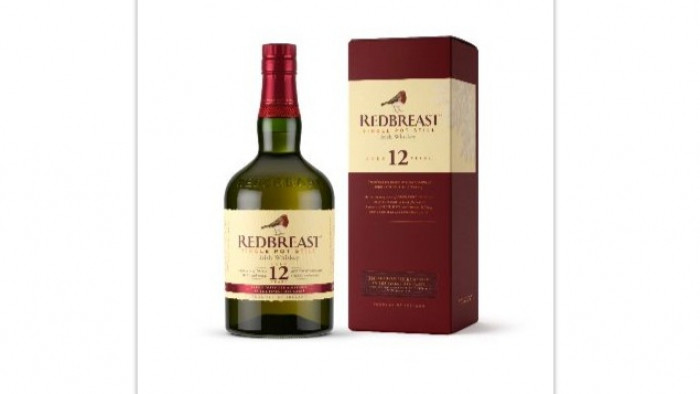 If you want something from Ireland, this single pot still whiskey from Redbreast is debatably the best you can get and comes highly recommended from Jim Murray and other critics. It has also won plenty of awards.

Like many Irish whiskeys, it is triple distilled making it oh-so smooth, and Redbreast has a rich and spicy body followed by a creamy finish. 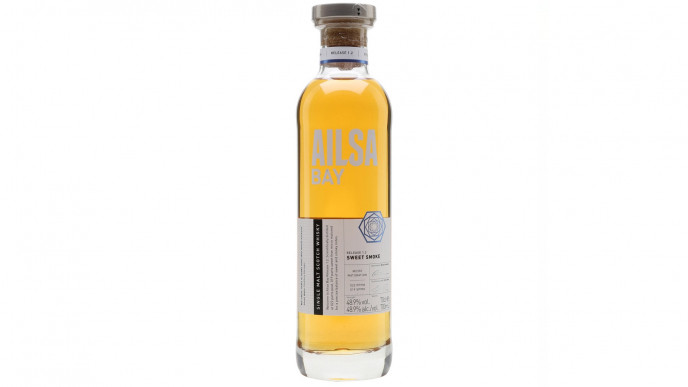 As the name suggests, this whisky perfectly balances the profile of a sweeter Scotch with smokiness, making it perfect for those wanting to find a middle ground between mainland and Islay.

This is the first distillery to have precision methods so Ailsa Bay is made to an exact 022 peaty parts and 019 sweet parts per million. It is also the only whiskey to be ‘micro matured’ in small Hudson Baby Bourbon casks for six to nine months before moving to American Oak. 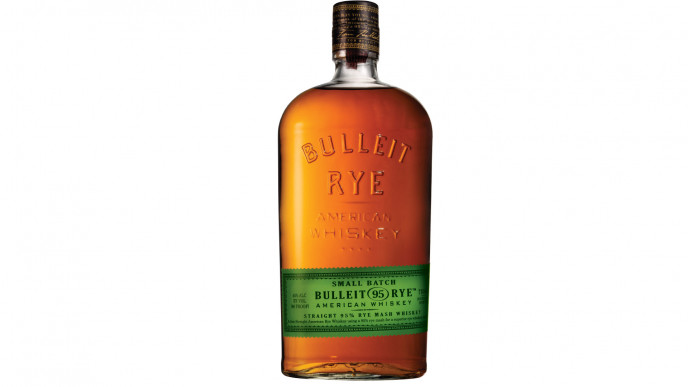 It’s called ‘95’ because the mash is made up of that percentage of rye, the remainder barley. That’s a really high ratio, so while the original Buillet is a classic bourbon, we like the rye version for its spicy flavour.

Unlike scotch, bourbon is sweeter and here you get toffee and maple flavours. It’s still smooth enough to drink neat but try using it for cocktails like an old fashioned for that extra level of flavour. 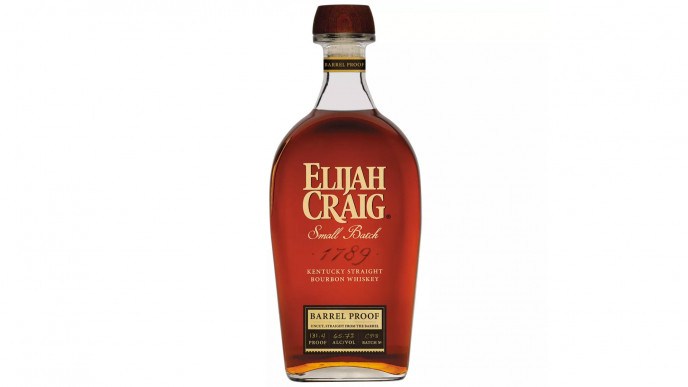 For something special of the bourbon variety, you’re in good hands with this small batch Kentucky straight from Elijah Craig. It was bottled at a whopping 63.5% which is actually, somehow, one of the weaker editions.

There’s plenty of vanilla and maple flavour but a spicy heat from the booze, too. This won the whisky of the year 2017.

The best whisky tumblers around - whatever your price bracket

The best beer subscription boxes revealed - get these delivered to your door.