If there’s one spirit synonymous with the United States of America, it’s bourbon. Indeed, this distinctive variant of whiskey must be produced in the US in order to earn the bourbon name.

That’s not all. At least 51% of the grains used in the making of bourbon must be corn, and the spirit must be aged in new charred white oak barrels. Them’s the rules.

UPDATED: We've added a brilliant bourbon from Kentucky - Angel's Envy Bourbon, which has had a port finish. The taste is fantastic, with the port barrel finish offering a real sweetness to the drink.

Following its appearance in the 18th century, bourbon has predominantly been distilled in Kentucky. The bourbon market has opened out to encompass a vast range of flavour profiles, though most varieties will contain notes of vanilla and caramel.

Prices can vary even more, with everything from cheap and cheerful mixers to vintage sippers that might set you back four figures. We’ve attempted to land somewhere in between with our list of ten top bourbons.

Which of these bourbons is your favourite? Vote to see your chosen tipple climb the table. And don't miss our best whisky shortlist. 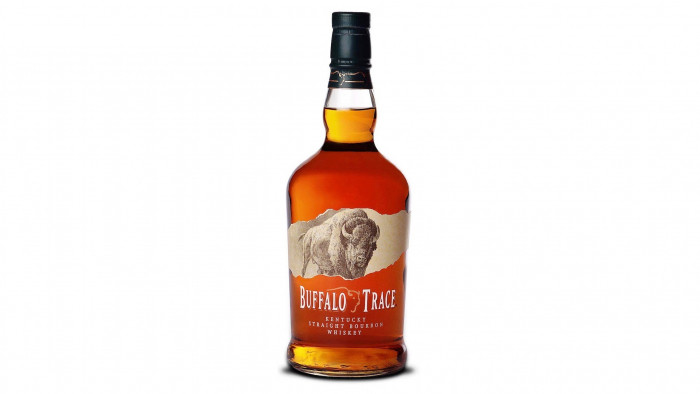 Buffalo Trace is one of the most famous Kentucky bourbons on the planet. If you go to any drinking establishment in the developed world, you’ll more than likely find a bottle behind the bar. This flagship tipple earns its popularity with an all-round offering as comfortable alone in a tumbler as it is pepping up a cocktail. “Pleasantly sweet to the taste with notes of brown sugar and spice that give way to oak, toffee, dark fruit and anise”, says the distiller. 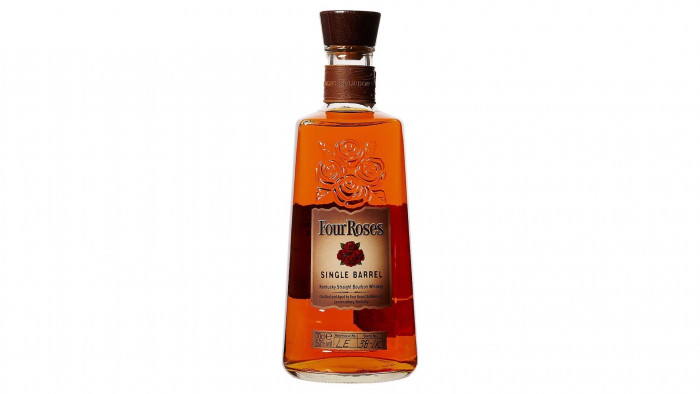 One of the most refined concoctions from this famous distiller, Four Roses Single Barrel has as many plaudits as it does flowery tasting notes. On that latter front, you can expect it to offer “hints of ripe plum & cherries, robust, full body, mellow” on the palate, and a “smooth & delicately long” finish. Add a high proportion of rye to the distiller’s use of five proprietary yeast strains, and you have a seriously complex brew. 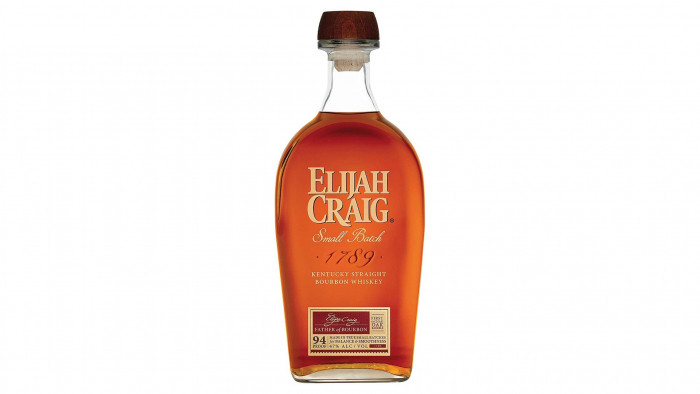 Elijah Craig is so-named after the baptist minister who reportedly first matured bourbon in charred oak barrels. Any drink that wears his name tends to be of top notch quality. This Small Batch variety is uncut and aged for a minimum of 12 years, which is pretty lengthy for a bourbon. The result is a deeply satisfying sipper with notes of “rich vanilla, caramel, and butterscotch along with spices of black pepper & cinnamon at the back of the palate”. 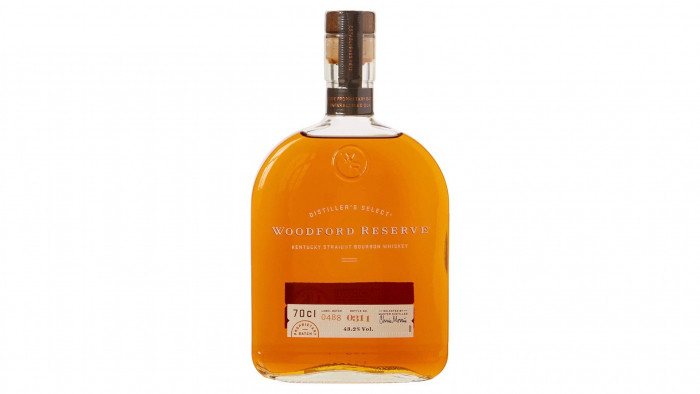 Woodford Reserve’s website boasts of “more than 200 detectable flavour notes” for its flagship bourbon, which should tell you a lot about this complex sipper. This one has picked up a whole heap of awards over the past two decades. Its flavour is rich and heavily spiced, like a boozy Christmas pudding. “Rich, chewy, rounded and smooth, with complex citrus, cinnamon and cocoa,” read the tasting notes. “Toffee, caramel, chocolate and spice notes abound”. 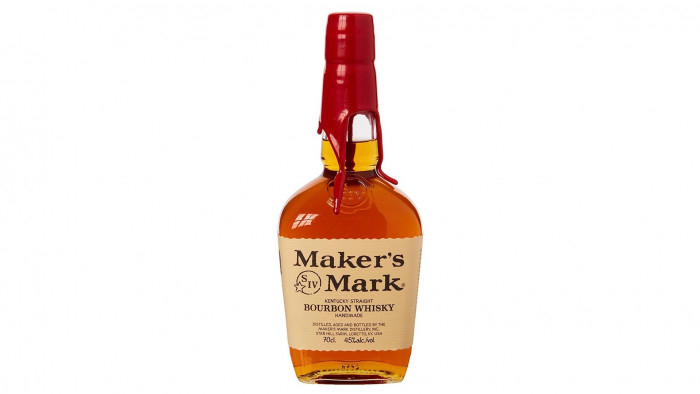 Maker's Mark is a mellow, supremely drinkable tipple that will appeal to bourbon newbies and seasoned vets alike. Maker's Mark is notable for using soft red winter wheat in place of the usual rye, resulting in an easy-drinking style that goes well with food, mixers, and pretty much anything really. The tasting notes describe it as “sweet and balanced with caramel, vanilla and fruity essences” with a “smooth and subtle” finish. 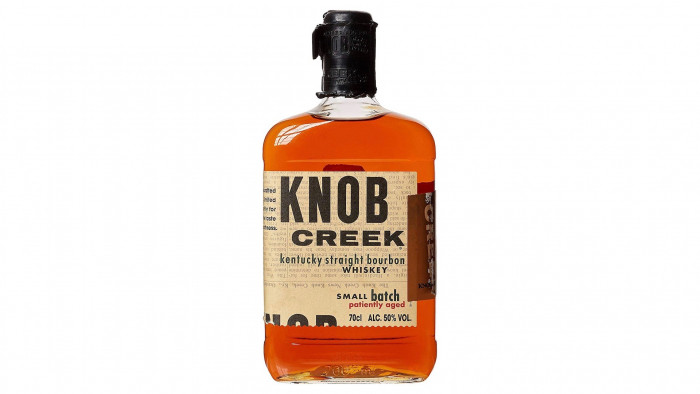 Stop tittering at the back. The fine distillers of Knob Creek don’t need a UK-centric double entendre to sell their bourbon. The strong, spicy flavours of this popular tipple speak for themselves. It’s particularly heavy on the rye, which helps make it less intensely sweet and more punchy than some other entry-level bourbons. It’s not a smooth drinker by any means, but Knob Creek certainly has character. “Rich, sweet, woody, full-bodied, almost fruity,” say the makers. 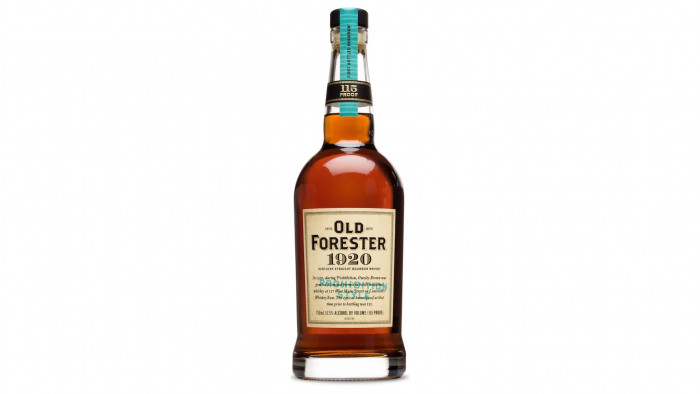 Old Forester was granted a rare permit to continue distilling during the prohibition era, and Old Forester 1920 Prohibition Style is a nod to that triumph. The drink itself is an explosion of flavour, not to mention booze at 155% proof. This is a premium tipple with a genuinely intriguing combination of flavours: “Dark caramel coats layers of malt nuttiness and sweet graham cracker all warmed by green peppercorn and coriander spice brightened with a hint of cedar”, explains the distiller. 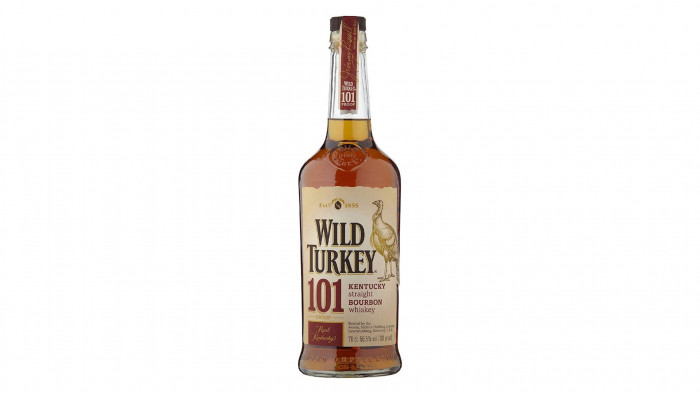 Wild Turkey 101 has been aged for at least six years in deeply charred oak barrels, and is packed full of rye. Add in a punchy 101 proof (hence the name) and you’re looking a seriously rich, spicy and zesty bourbon. The distiller reckons Wild Turkey 101 is “rich with vanilla and caramel with notes of toffee and light smoke”. Any way you look at it, Wild Turkey 101 is one of the most heralded bourbons on the market. 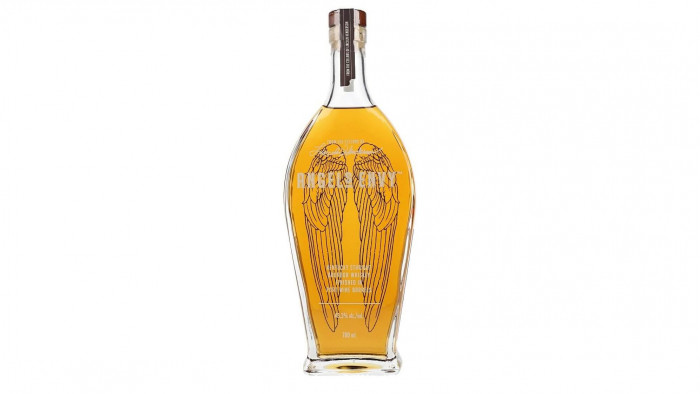 Angel's Envy Bourbon is a Kentucky Straight Bourbon Whiskey and it comes in a fantastic bottle. There's a beautiful sweetness to this bourbon, thanks to its port barrel finish. We're glad this one is available in the UK now, as it's a great drink that's smoother than most of the bourbons on this list. 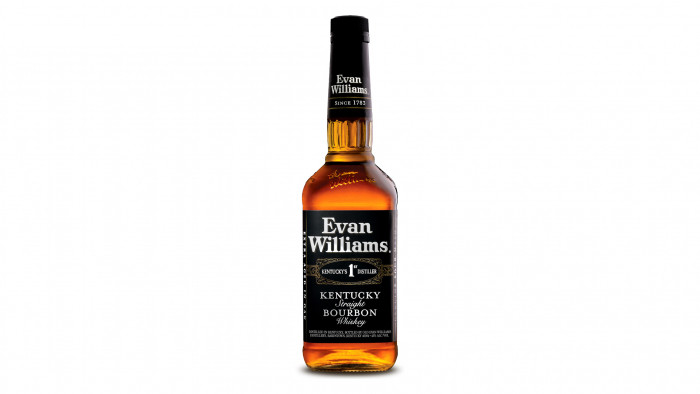 Evan Williams: the man was a true original, having opened Kentucky’s first distillery in 1783. Despite this heritage, Evan Williams Black Label is one of the best value bourbons on this list, with a finely rounded taste that belies its (relatively) low price. “Notes of oak, brown sugar and caramel,” reads the distiller’s tasting notes, with a nose that’s “light with deep vanilla and mint”. It’s an easy drinker, but one with real heritage. 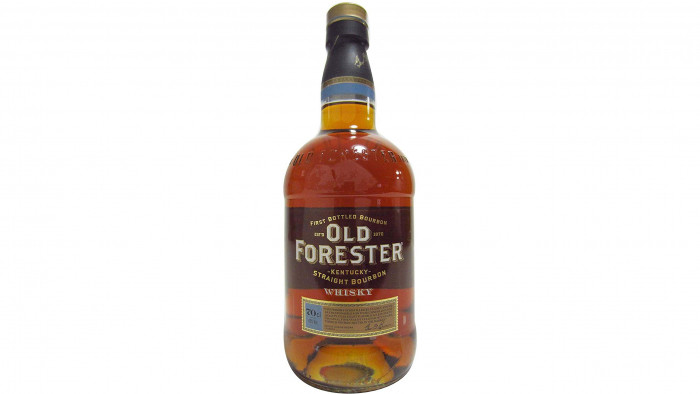 There aren’t many uninterrupted lineages in the world of bourbon, where buyouts are frequent and old lines fall out of production. But Old Forrester has been made solidly by the same family for approaching 150 years now. It’s also the first ever bottled bourbon. That pedigree should hopefully tell you something of its smooth yet nuanced taste. “Sharp at first, but softens quickly, with hints of oak, sweet corn and rye grain character,” says the distiller. “Spicy, with soft vanilla and light orange notes”.

How to drink bourbon

To get some of the best bourbon drinking tips, we spoke to Freddie Johnson, VIP Visitor Lead, and Drew Mayville, Director of Quality, from the Buffalo Trace Distillery. You can read a more in-depth interview with the pair in our how to drink bourbon guide but here are some tips from them both below...

ShortList: For you, what is the perfect way to drink bourbon?

Freddie Johnson: "The beauty of bourbon is that it can be mixed or served in whatever way is best for the person consuming it, but I prefer to drink it neat."

SL: What are the best tips when it comes to tasting bourbon?

FJ: “When being presented with a bourbon or whiskey you’re not familiar with, always remember water is your friend.

“Have your water on the side, preferably spring water. Non-chlorinated. Never pour the water into the drink, because you don’t know how much dilution opens up the flavors. If you over dilute you can never get back to the original taste of the spirit.

“Get acclimated by starting with a sip of water in your mouth then take a sip of bourbon. This process reduces the dominance of the alcohol allowing more subtle flavors to come forth. Now go neat to notice the differences.

“This process maintains the integrity of the initial pour.”

ShortList: For you, what is the perfect way to drink bourbon?

Drew Mayville: “Bourbon is extremely versatile, and can be served with a mixer or over ice, depending on what you prefer. My personal preference is to drink it neat, so I can appreciate the quality and the individual tastes and flavours.”

SL: What are the best tips when it comes to tasting bourbon?

DM: “I always like to suggest that each bourbon tells you its own story - it has a beginning, middle and end.

“Take a small sip, swirl around your palate with your lips slightly parted (to take in air), swallow and repeat.

“As you taste, each bourbon transitions across the palace (beginning, middle and end) in a very distinctive way with its own descriptive characteristics - just like its own fingerprint.”

UPDATED: The best whisky to buy today - 25 to choose from.
Tech