No Lycra in sight, with these fantastic gifts for cyclists 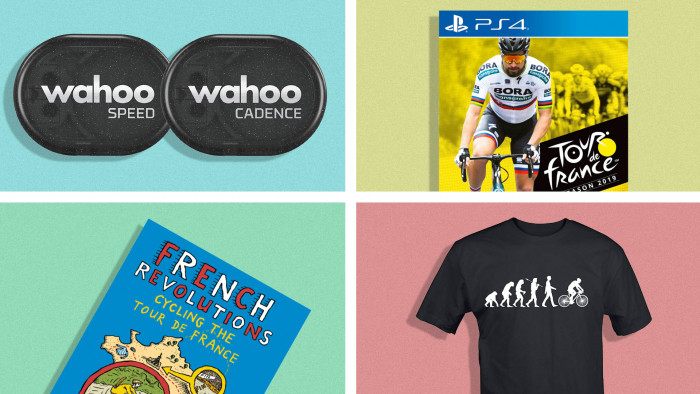 Lycra, padded gloves and anything made of carbon fibre: these are surely the best gifts for cyclists?

We’d actually suggest staying away from things that require fitting. And bike clothing gets seriously expensive if you buy the good stuff.

While you may thing that limits what you can buy the bike enthusiast in your life, that's definitely not the case - and that's why we created this cycling gift guide.

Some of the items in it are silly, some are useful. But they are all a good fit for an early cycling-themed Christmas gift, or a birthday present. And here are some top cycling deals from Black Friday:

Garmin Forerunner 735XT bundle
£199.99
You'll find this watch for around £200 elsewhere, but that won't also get you Garmin's HR strap worth £80 on its own. You need one of these for super-accurate heart rate readings. The watch itself is a brilliant GPS tracker, among the best for runners.
Buy now at Wiggle
save £300

Tacx Neo 2
£899.99
The Tacx Neo might be the greatest turbo trainer series in the world. You can now get £300 off the second-to-newest model. And as many of the Neo 2T's added benefits are a bit of a mystery, we suggest you snap this one up.
Buy now at Wiggle 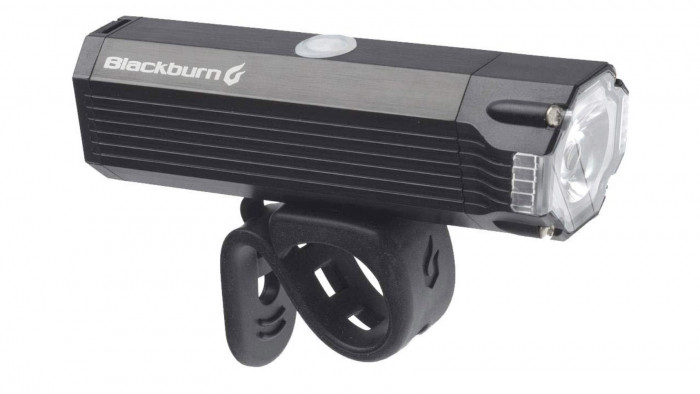 The Blackburn Dayblazer 800 won the “best value” award in our best bike lights mega test. Our cycling tsar says you can’t get any better at the price.

Its build quality is bomb-proof, there’s enough power for real cycling and you can mount it to just about anything. This is a high credibility cyclist’s gift that doesn’t cost the earth. A lot of higher-end bike gear does. 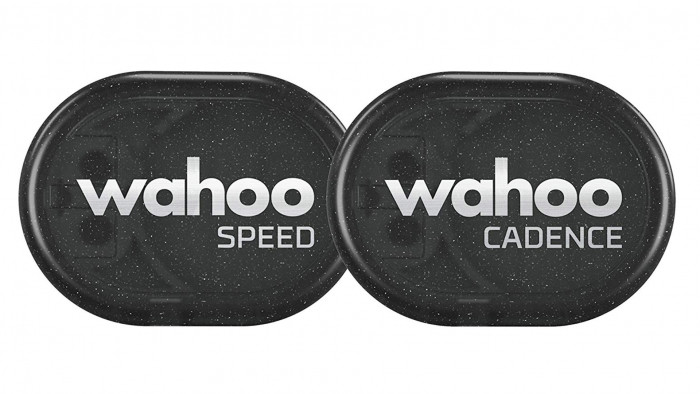 These Wahoo sensors can hook up to the bike computer you’ll find elsewhere in this shortlist. But you can also buy them on their own. Mount them to the crank arm and they keep track of your performance.

So why are there two? The Speed sensor measures your speed (and therefore distance). Wahoo’s cadence sensor monitors the rate of your pedalling. We’d pick speed It's more fun. Those obsessed with efficiency may want to measure cadence.

But you can get a pack that includes both. Wahoo also makes a sensor that performs the two measurements in one, the chunkier Wahoo Blue SC. 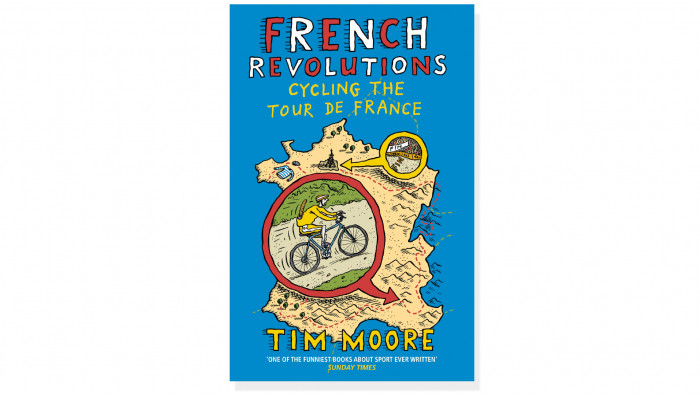 There are mountains of cycling books. But what makes one appeal to the pathologically cycling obsessed and those just getting into it? Humour.

French Revolutions is, like so many bike books, based around the Tour de France. But it’s not the memoir of a great from the field. It is a sort-of travel diary from writer and humorist Tim Moore as he attempts to cycle the entire Tour de France course (over 3500 km of it), which some of your may have fantasised of doing.

Think of it as Bill Byron, minus quite a few pounds, on a bike. 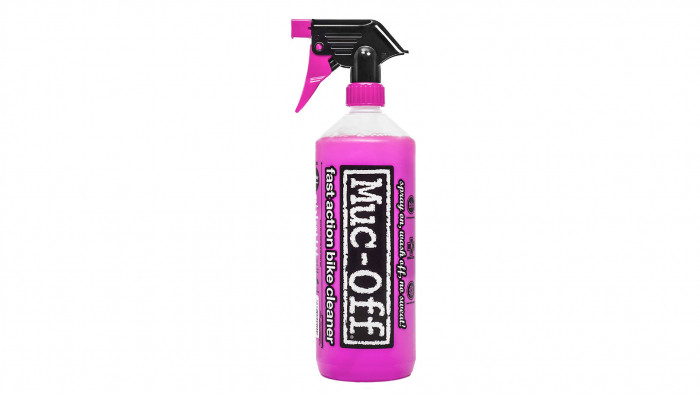 Here’s a good stocking filler-style gift for a cyclist. Cleaning fluid may not be the most glamorous present, but it is consumable and useful. And it’s bright pink too, which is the main visual appeal.

This is basically an “industry standard” cleaning fluid you’ll see in any number of bike shops. It has a bike-friendly formula that’s kind to finishes and doesn’t require as much elbow grease as some. 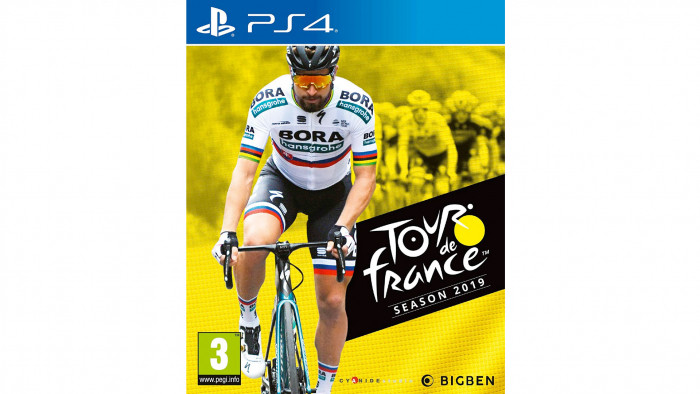 Proof of quite how important the Tour de France is, a game is made of it annually for Xbox One and PS4. You race all 21 stages of the tour. And unlike previous years, Tour de France 2019 now has online multiplayer.

This is one for major fans of the race. Like the real deal, Tour de France 2019 is a game of endurance. What else could it be when depicting thousands of kilometres of cycling, not explosive action? Head to YouTube to see the game in action. 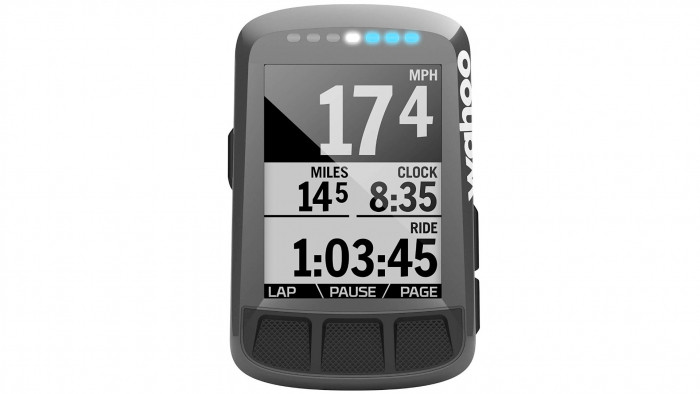 A cycling computer is our top gift for those willing to spend more. Garmin, Wahoo and Mio all make great cycle computers. But today let’s focus on Wahoo’s top pick.

The Wahoo Elmnt Bolt lets you programme routes in with your phone. And you can then see the map on the unit’s screen, along with cycling stats like distance and speed. It has GPS, but you can also add sensors to the actual bike to add extra metrics like cadence.

Up against the rival Garmin 520, this Wahoo is a bit simpler, but does not have a colour screen. However, it’s only important for maps. And then, well, even then colour is not that important. 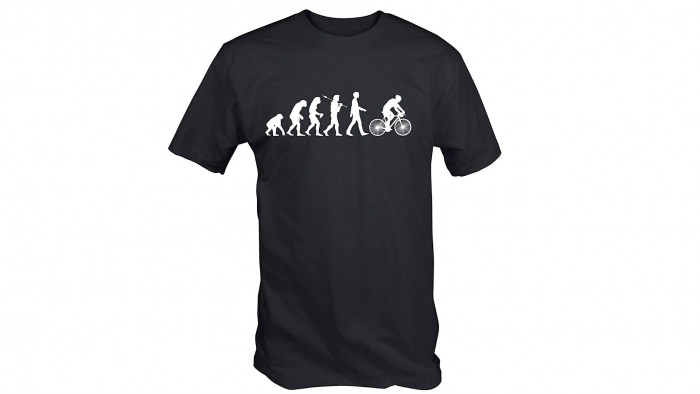 There’s a naff T-shirt for every hobby. Cycling offers a load of them. This pick by 6TN is a take on the classic evolution of man motif.

Oh how we laughed, until the brake oil leaked from out eyes. Yep, this is the T-shirt equivalent of a novelty birthday card. However, it doesn’t cost all that much more than some of those. And it’s free from cringy text. 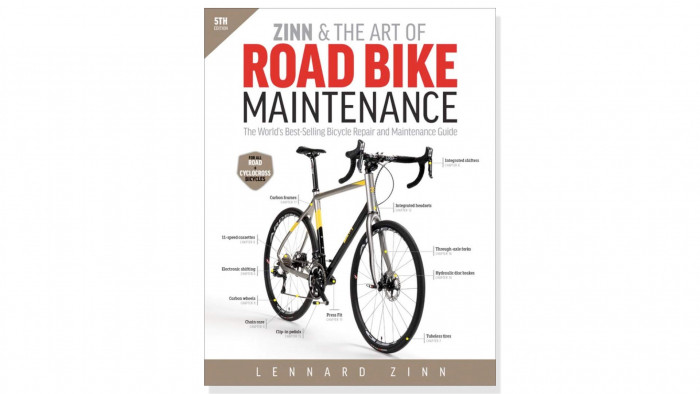 You probably think “Haynes” when someone mentions car maintenance. These are the legendary manuals that break down each model of car, component by component. But for bikes? While Haynes does make a bike manual, Zinn is the bible for cyclists.

Zinn & the Art of Road Bike Maintenance is the 500-page-plus manual that shows how to perform key repair jobs. And it provides plenty of insight into how a road bike’s insides actually work.