Best aftershave and fragrance deals on Cyber Monday: the sweet smell of savings

From Aftershave to Eau de Toilette, these are the deals worth your attention 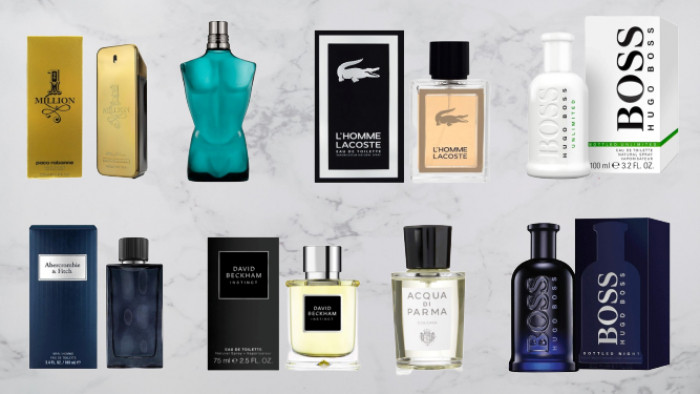 Black Friday is over but Cyber Monday has arrived - and you'll be pleased to hear that there are some pretty impressive bargains to be snapped up, particularly when it comes to fragrance.

Whether you're after a men's Eau de Toilette, aftershave or even a unisex fragrance, there really is something for everyone.

We've scoured major retailers to discover the very best deals around on big brand names. Featuring the likes of David Beckham (not the actual man but his style - which is supposedly trapped in one of these bottles), Boss and Paco Rabanne, there's a host of recognisable fragrances.

UPDATE:Black Friday itself may be over but there are still plenty of deals out there, thanks to Cyber Monday. We've added a ton of deals to our fragrance and beauty list below including Acqua di Parma Colonia. This is a more grown-up unisex scent ideal for someone looking something a little fresher. They'll be more deals to come, too, so keep an eye on this page and on ourbest Black Friday deals main hub for the best bargains the internet has to offer!

So without further ado, discover this fine selection of fragrances.

On the hunt for women's beauty and scent offerings? Take a look at our best Black Friday perfume deals now.

Dior Sauvage Spray Eau de Toilette
£52.80
Never mind that Depp slaps some on then buries things in the desert when he thinks nobody is watching - it still smells good, and it's 25% off today at John Lewis.
View now at John Lewis
41% off

Paco Rabanne 1 Million For Men Eau de Toilette 100ml for Him
£39.90
If you're looking for a great deal on a top fragrance, look no further than Paco Rabanne's 1 million which currently has an impressive £28 off its original price.
Buy now from Boots
37% off

David Beckham Instinct Eau De Toilette Perfume
£12.90
This Eau de Toilette claims to channel the unique style and spirit of the footballing legend, condensing it into this 75ml bottle. Now with an impressive 78% off, there's really no reason not to stock up ahead of Christmas.
Buy now on Amazon
48% off

Calvin Klein CK one Eau de Toilette
£20.99
This unisex fragrance from Calvin Klein is well worth your attention after 48% has been taken off its original price. It's a deal worth snapping up.
Buy now on Amazon
54% off

Joop! Homme Eau de Toilette
£23.95
If you're after a new scent this Black Friday, it might be worth checking out the delights of Joop! pour Homme. Now with over £17 off, it's a bargain if ever we saw it.
Buy now on Amazon
40% off

Hollister Festival Nite for Him Eau de Toilette
£19.13
Known as a clothing brand with shops that boast a rather distinctive woody scent, Hollister is an instantly recognisable name. The brand now has an impressive 40% off men's Eau de Toilette so snap it up while it lasts.
Buy now on Amazon
save 20%

Hot as a vindaloo, these Black Friday deals
Deals

The comedian and Horne Section frontman shares some much needed tips