Zack Snyder's Justice League reviews: the first reactions are in 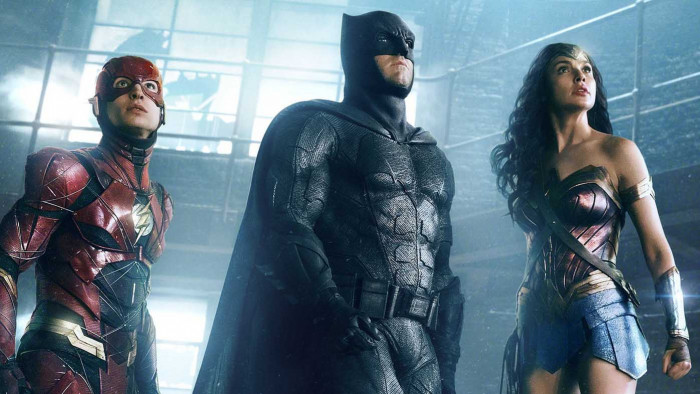 We are just days away from the Zack Snyder's Justice League release date. The movie will be released on HBO Max, and elsewhere, 18 March.

The four-hour epic is set to right many of the wrongs from the original movie - a film Snyder left because of bereavement and was replaced by Joss Whedon. The rest is, well, digitised upper lip history.

As it is just days away, the first Zack Snyder's Justice League reviews are in. These are social reactions, so not as in-depth as other reviews that will start trickling out, but they do give you are very good idea as to how good the movie is. Given the words 'vastly superior' appear a few times and one reviewer compares it to Lord of the Rings, we think this is going to be an absolute blast.

Zack Snyder's Justice League: I enjoyed it thoroughly. It's both very different, and eerily similar, to the original film with almost all of the changes and additions improving the characters and story. Better motivations. Bigger stakes. It's bloated but superior & worth the wait pic.twitter.com/h7PRADzeJn
— Germain Lussier (@GermainLussier) March 14, 2021

#ZackSnydersJusticeLeague is the stronger cut by far. Yes, it's long, but for most of that 4-hour running time, the material has purpose. The 2017 cut got away with the characters coming together simply because it was a superhero team-up movie ...
— Perri Nemiroff (@PNemiroff) March 14, 2021

#TheSnyderCut is loaded with scenes people haven't seen & are going to love. It is such a better movie than the theatrical cut of #JusticeLeague. Night and day difference. Saying that have no idea how this version could have ever been released in theaters. Perfect for @hbomax. pic.twitter.com/Fnamv6GcKj
— Steven Weintraub (@colliderfrosty) March 14, 2021

#ZackSnydersJusticeLeague does indeed exist, I seen it THREE TIMES now, & IT IS FREAKIN' AWESOME! I had an absolute blast watching each time & shocked at just how good it actually is and how well it plays! Action packed, it hits all the beats & that @Junkie_XL score is straight

I can now say that I have watched #ZackSnydersJusticeLeague and it is far superior to the original theatrical version. Rich character development, much better action, a coherent story & some terrific badass moments. Definitely a long watch, but I never felt tired of it. Well done pic.twitter.com/QXyQLdUApv
— Erik Davis (@ErikDavis) March 14, 2021

ZACK SNYDER’s JUSTICE LEAGUE is vastly superior to the mess that came out in 2017. It’s now a coherent movie. But it’s still a four hour movie about finding magic boxes. It’s ... not for me, but I suspect Snyder fans will be happy.
— Mike Ryan (@mikeryan) March 14, 2021

I watched #ZackSnydersJusticeLeague last week. It made me wish there were a JL trilogy and a plan for the larger universe, where this Aquaman and this Wonder Woman sync up with the solo movies better, where Cyborg gets his due, etc. It’s long but also too short in that respect.
— Rob Keyes (@rob_keyes) March 14, 2021

While you wait for the movie to be released, head over to our best Batman and best Joker pages and get voting!