There's a load of Bond gadgets, too. 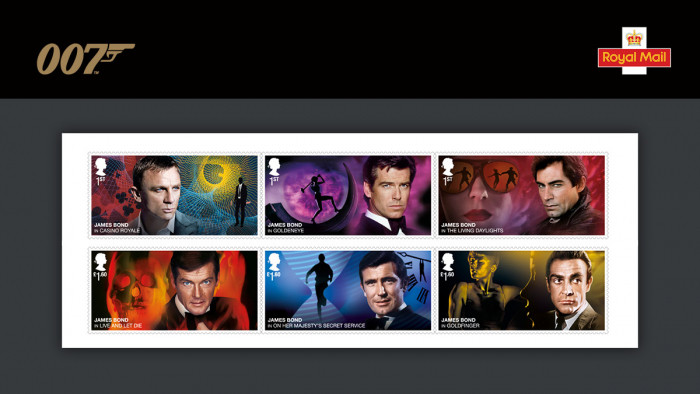 After months of speculation, a much awaited title release and numerous will-he-won’t-he around who will fill Daniel Craig’s shoes, No Time To Die is only a couple months away.

And, as the film edges closer, merchandise linked to the 25th movie has begun to trickle out. Today’s reveal is these pretty epic Royal Mail stamps.

These limited-edition stamps celebrate every Bond that has graced the big screen, along with a number of gadgets they had fun with along the way.

Each Bond actor gets his own stamp as they smoulder in front of a scene from the title sequence.

There’s also a selection of stamps - named ‘Q Branch’ - dedicated to the franchise’s gadgets including the Bell-Textron Jet Pack, the autogyro fondly-named Little Nellie, and Aston Martin DBS - it wouldn’t be a Bond movie without one.

If that wasn’t exciting enough, there are even hidden features on the stamps that are revealed under UV light.

The presentation pack including all of the above costs £12.20, though there are silver stamp editions of the Q Branch and actor collections for a whopping £199.99 if you really want to push the boat out.

And if James Bond isn’t your thing (who are you?), then you’ll definitely want to check out these retro video game stamps Royal Mail released last month.

No Time To Die is out in cinemas on 2 April.