By Simon Brew
04 March 2020
No Time To Die, the 25th James Bond film, is Daniel Craig's last as the superstar spy - and we are expecting/hoping him to go out with a bang and deliver one of the best James Bond movies of all time.
UPDATE: It has been announced that we will have to wait a little longer for the movie as the coronavirus has meant that the movie's release date has been pushed from April to November 2020.
He will be hoping that No Time To Die is better received that Spectre, his last outing. While there's some fantastic bits in it, critics (although not audiences) were lukewarm to the movie. They had good reason: a Sony hack meant that some last-minute script changes were put in and this dampened proceedings somewhat.
No Time To Die does have all the trappings of a classic. It's got a great director (True Detective's Cary Joji Fukunaga), a great singer for the theme (Billie Eilish) and the recurring cast is joined by Oscar-winner Rami Malek.
With the new movie further away on the horizon now, it's got us thinking, which films would it have to beat to be classed as one of the best James Bond movies? And what should you watch while you wait?

Over the history of the series, there have been changes, fears that everything has run its course and difficult productions. Yet, in the midst of it all, 007 is still standing. Here’s our pick of Mr Bond’s finest big screen adventures.

Upvote your favourite, and suggest any Bond capers you think we need to add at the bottom. 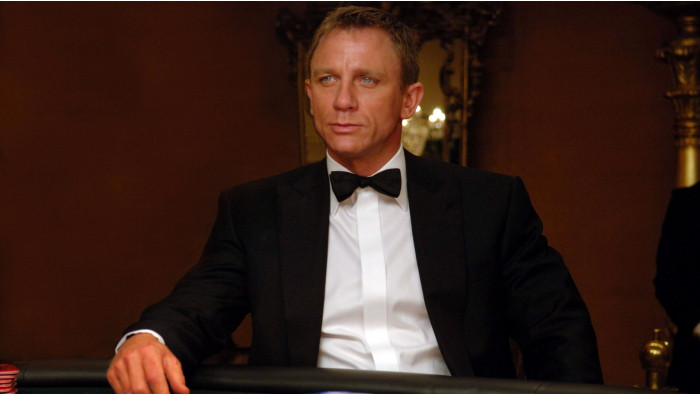 Daniel Craig’s debut outing was a stark reinvention for the Bond saga, a soft reboot that also picked up on the darker edges hinted in the Timothy Dalton movies. It plays matters a lot more seriously than the later Brosnan movies it follows. And within ten minutes, fears over the once-contentious casting of Craig are pretty much laid to rest (although you can still find the original protest site online!). Even outside of its Bond clothes, this is an excellent action thriller. Within them, even better. 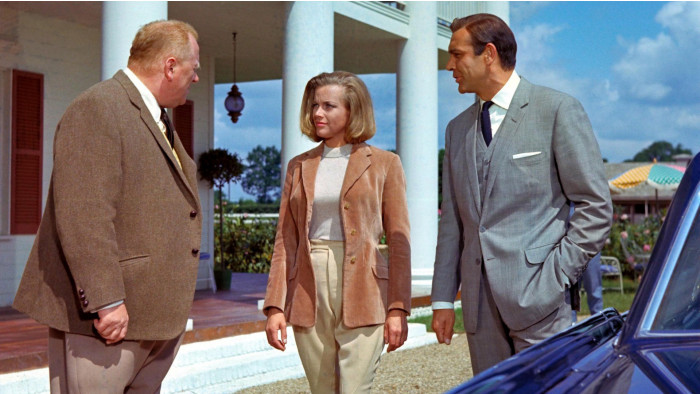 Never mind Shirley Eaton’s Jill Masterson covered in gold paint, the superb Goldfinger – with Sean Connery as Bond - has one of the very best villains in the entire series. Bullion dealer Auric Goldfinger is a fabulous foe, portrayed in sinister style by Gert Frobe (although his voice was mostly dubbed by actor Michael Collins). Orson Welles was originally on the shortlist too, but his price was too high. It all turned out okay, though. 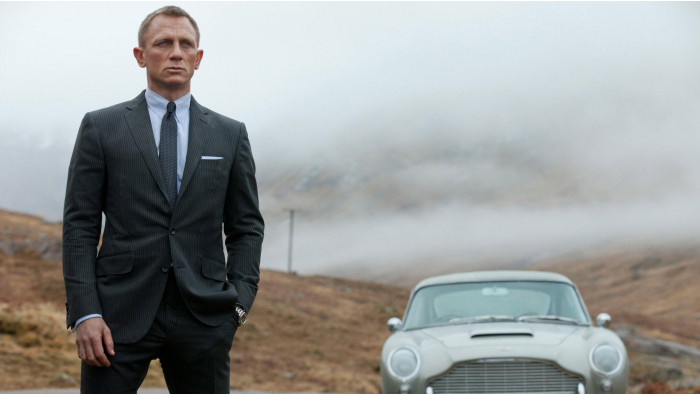 The first James Bond movie that grossed over $1bn at the box office saw Sam Mendes in the director’s chair, and an adventure that was – for financial reasons – mainly based in the UK (follow-up Spectre had a much bigger budget, and went far more geographically expansive, to arguably lesser effect).

The production very much turned this to its advantage, beefing up the role of Judi Dench’s M, and zeroing in on the relationship between her and Bond. Bonus points for its Home Alone-esque final act. 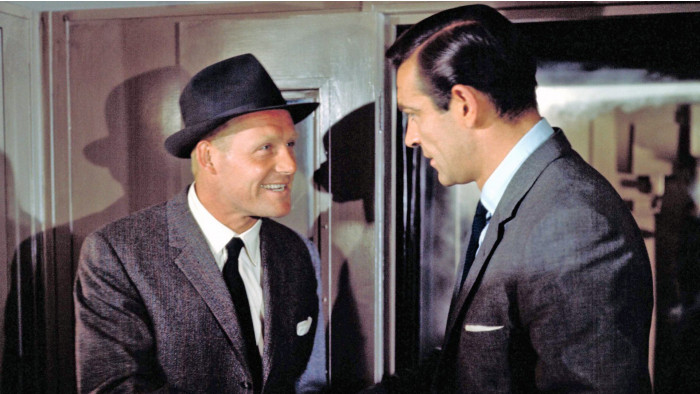 4. From Russia With Love

Vintage 007. Comfortably one of the most popular 007 adventures, this was the second official Bond film, and saw a cocktail of the Cold War, the Orient Express, dangerous shoes and Connery as a man already very much at home in Bond’s tuxedo. Notably, this was named by the man himself as his favourite of his James Bond movies. Its sizeable box office was the taking off point for the franchise too. 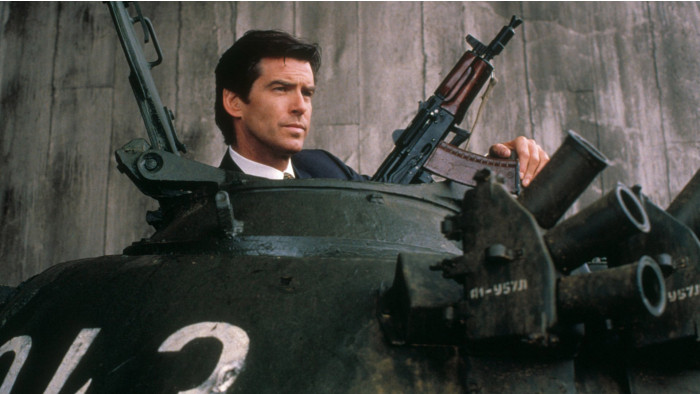 It’s easy to forget just how big a gamble 1995’s GoldenEye was. The series had been off screens for over six years. It had a new Bond, a director fresh to the series, and films such as True Lies were snapping at its heels. Yet Pierce Brosnan’s debut in the role (having had to turn the part down before) not only re-energised the series, it also proved inspiration for one of the best videogames of its generation too. Not bad. 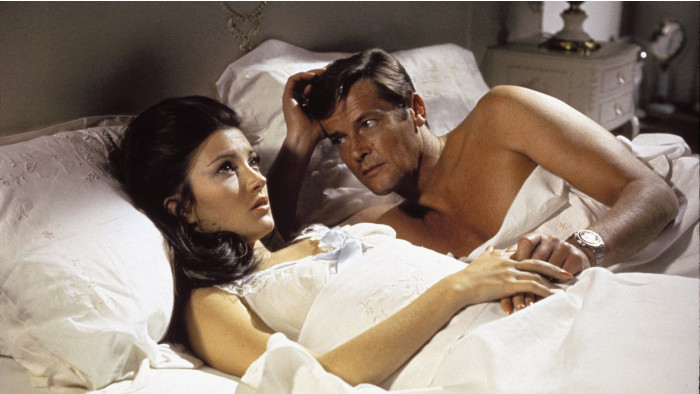 Roger Moore’s iconic tenure as Bond began with the death of three MI6 agents, a funeral in New Orleans and one of the series’s most enduring opening songs. Tying itself close to the rise of Blaxploitation cinema of the early 70s, for all the qualities of Live And Let Die – and there are many – there’s unease particularly in a modern context about the racial language and clichés it employs. Moore is impressive in the midst of it all. 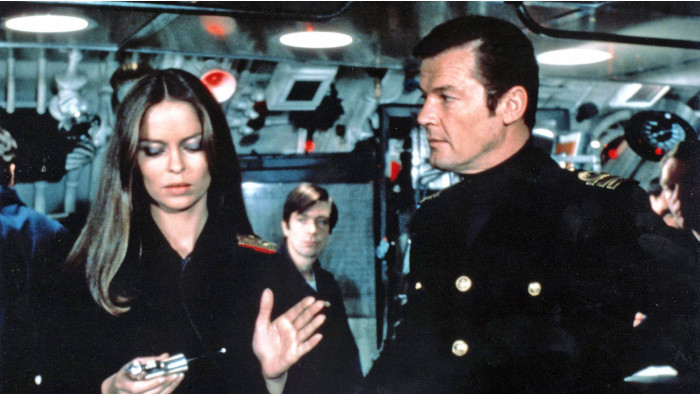 The 10th Bond adventure remains notable for pretty much abandoning the Ian Fleming novel it was based on (perhaps understandable, given that Bond doesn’t turn up in the book for its first two-thirds). That said, it’s arguably the finest of the Roger Moore 007 era (a view shared by the man himself), with some cracking villains too: Richard Kiel’s Jaws and Curt Jurgen’s Karl Stromberg. Notably, Steven Spielberg, then just post-Jaws, turned down the chance to direct. 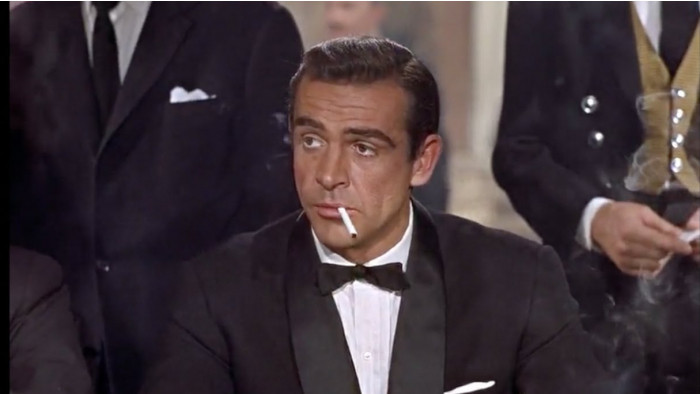 The first Bond movie looks rather tame in comparison to its increasingly bigger budget brethren. But it's a beautiful spy thriller. Sean Connery exudes confidence in his first outing as Bond - there's never been a better Bond girl than Ursula Andres and the Jamaica location is exotic. 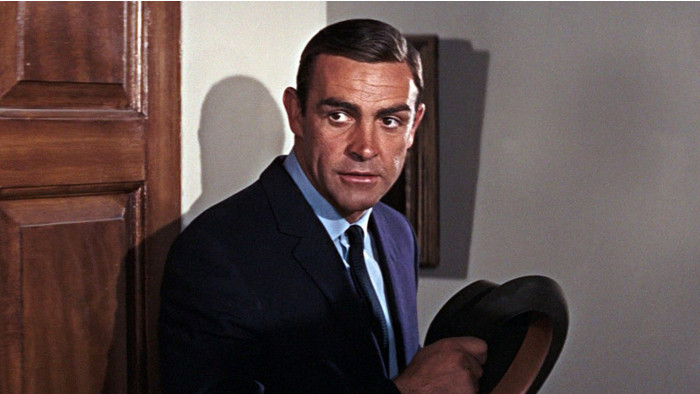 So good they (sort of) made it twice. As fun as 1965’s Thunderball is, it’s notable for being at the heart of a 45-year dispute over the rights to it.

The same dispute allowed the film’s producer, Kevin McClory, to remake the movie as an unofficial 007 adventure in the shape of 1983’s Never Say Never Again (that saw a wiggy Sean Connery return to the role of Bond). Stick with the original is our tip. 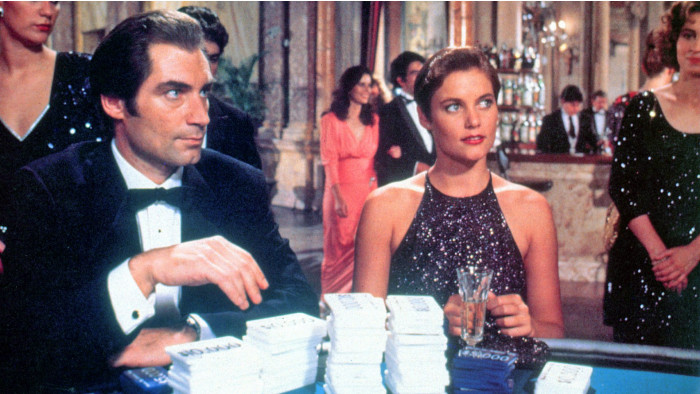 Sporting a 15 certificate, a far more violent edge and Timothy Dalton’s Bond in a very bad mood, there’s an underlying brutality to Licence To Kill (ask Felix Leiter). It took the series to much darker places, long before Daniel Craig was fitted for a tux.

Dalton was contracted to make a third 007 adventure, but in part the reaction to his impressive sophomore outing curtailed his run. A pity, because Licence To Kill holds up really well. 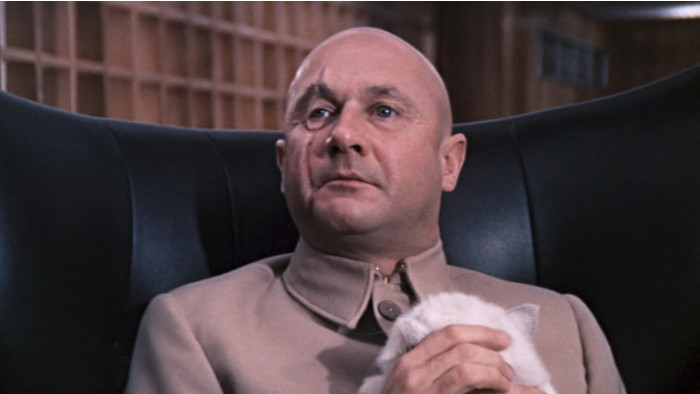 You Only Live Twice ticks all the Bond boxes beautifully. There's the ridiculous volcano evil lair, a superb (if much parodied) villain in Donald Pleasence's Blofeld and a deliciously dark screenplay by Roald Dahl. It was ridiculous, yes, but this was Bond at its most epic and created the blueprint for the franchise going forward. 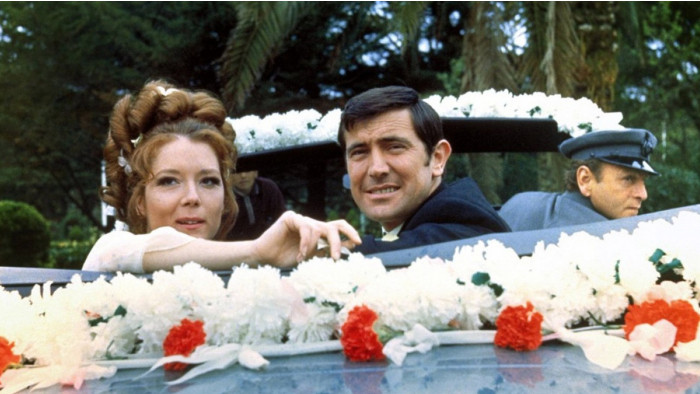 12. On Her Majesty’s Secret Service

George Lazenby may not be the finest Bond – this marked his one and only appearance in the role – but there’s a case for On Her Majesty’s Secret Service being one of the very best Bond movies.

Originally intended to be the fourth, rather than sixth, 007 adventure, this is arguably the vintage 007 outing that’s become more popular as time has gone on. On its original release? Well, Sean Connery was sanctioned a bumper payday to return to the role of Bond in its aftermath. Ouch. 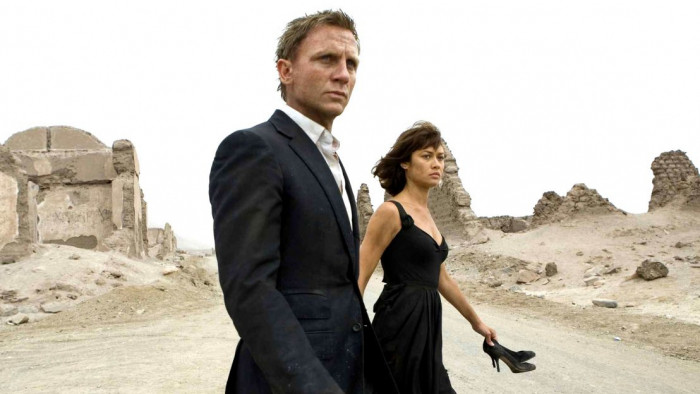 This movie divided many Bond fans. Some felt it was too much of a departure from the Bond we know and love, but others liked that we saw Bond in a different light: actually hurting. It's easy to get swept up in the evil lairs, quippy one-liners and love interests, but this was a different direction for Bond and although some hated it, we found it refreshing, human and kinda cool that women weren't used as props quite as much as they often historically ar for this particular Bond outing.

10 of the best DC characters: from Superman to Shazam