There are now 59 new emoji to be baffled by 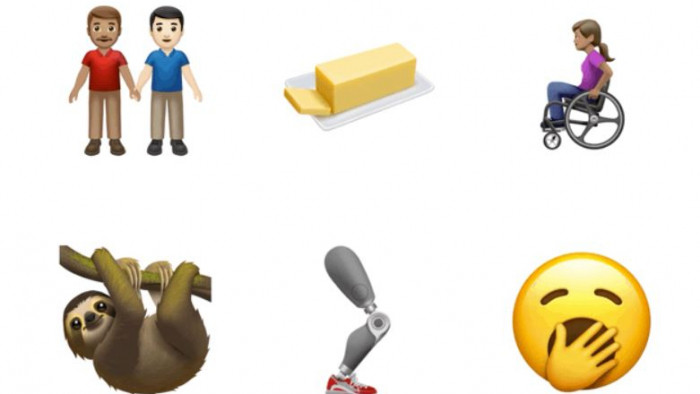 In fact, it’s not really clear why the day exists, but it is as good a day as any for the Unicode Consortium to unveil 59 new emoji for you to briefly experiment with, before returning to your tried and tested favourites.

The first thing you’ll notice is that emoji are becoming far more representative of society as a whole. The hand-holding couple, for example, can now be mixed and matched between skin tone and gender is a long-overdue move.

There’s also a whole batch of accessibility focused emoji, too. Ranging from prosthetic limbs and hearing aids to wheelchairs and an adorable seeing-eye dog.

Of course, it wouldn’t be an emoji pack without a whole new set of animals to plaster across your emoticon zoo. With all the major human-favourite animals already covered, we’re very much into B-pet territory, though. With apologies to skunks, flamingos and otters.

But the star of the show is the yawning emoji. How better to show your contempt for the person you’re messaging than with an emoji that can barely be bothered to conceal its’ tiredness?

The new emoji will arrive on iOS devices this autumn, while they’ll all be bundled with Android Q when it arrives later in the year. If you think you need a new handset to showcase the new emoji, be sure to check out our guide to the best cheap phones you can buy.