The fans get exactly what they want - as well as a No Way Home home release date. 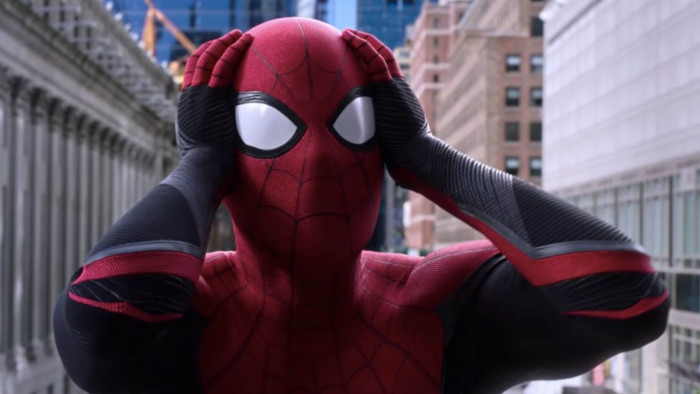 Spider-Man: No Way Home was packed with geeky Spidey references throughout and one of the best bits of the movie is when 'that' Spider-Man meme was recreated... not once, but twice.

Well, now they Spidey trio has done it for the third time, in a more official capacity, this time to promote the home release date of the latest Spider-Man movie.

The Spider-Man meme in question is from the '60s cartoon. The episode, Double Identity, featured two different Spider-Men, one is Chameleon dressed up as the superhero.

When the shot went viral, a third Spider-Man was later inserted into the picture - and it's this meme that Tom Holland, Andrew Garfield and Tobey Maguire have been happily recreating.

of course, we got THE meme. #SpiderManNoWayHome swings home on Digital March 22 and on 4K UHD & Blu-ray on April 12!

Alongside the picture, Sony Pictures revealed that you will be able to buy a digital edition of Spider-Man: No Way Home from March 22, with 4K UHD and Blu-ray discs available to buy on April 12.

Spider-Man: No Way Home has been a huge success for Sony and Marvel. In the US, the movie has edged out Avatar and is currently the third biggest box-office smash, eclipsed only by 2019’s Avengers: Endgame and 2015’s Star Wars: The Force Awakens.

Given this was a movie that was released during a pandemic that is a phenomenal achievement, so it will be interesting to see how well it does with its home release.

Spider-Man: No Way Home can be pre-ordered now.