You can't beat one of the best Spider-Man comics. He may have been climbing walls for more than half a century, but Spider-Man has never seemed younger.

Given fresh cinematic life by Tom Holland, and an Oscar winning turn for the ground-breaking animation Into The Spider-Verse, everyone’s favourite wall-crawler is once again Marvel’s flagship solo superhero.

UPDATE: Spider-Man: No Way Home is breaking the box-office right now, so there's no better time than now to read up on the best Spider-Man comics of all time. This list covers both retro Spidey and some of his more modern adventures that have inspired his movies (definitely seek out Brand New Day).

Bitten by a radioactive spider back in 1963, Peter Parker has wisecracked his way through comics, TV shows and movies. Some are great, others not so much - the Japanese ‘Supaidāman’ TV show has to be seen to be believed. You'll find it on YouTube.

Even the uninitiated know Spidey lore, and have a passing knowledge of his Rogues' Gallery (The Sandman, Green Goblin, Doctor Octopus, Mysterio, Electro to name a few), but how many of you have been keeping track of his graphic adventures?

With an almost countless number of comic book series and variant characters, finding a jumping on point is no easy task. To help out, here are 10 of the best Spider-man comics and graphic novels well worth a binge read.

Remember to upvote and downvote to have your say.

Related:Best gaming laptops, to check out the many Spider-Man games 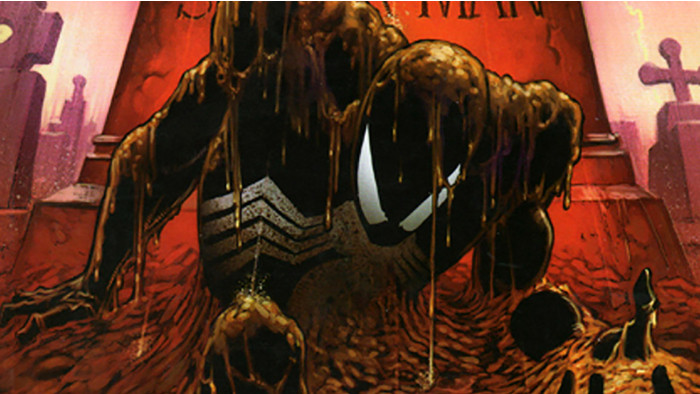 There’s something endearingly daft about Kraven the Hunter, the bare-chested, mustachioed Soviet sociopath. One of Spidey’s more outlandish recurring villains, he gets a ribald refresh in this surprisingly intense tale.

Determined to defeat his long standing nemesis, a now drug-addled Kraven takes down Peter Parker and buries him for dead. Rather than gloat, he assumes his identity and sets about ridding New York of Vermin, a mutant rat-man who roams the sewers. As you would.

The book adds weight to the Kraven character by exploring his Russian heritage (drawing parallels between the rise of Spider-Man and the fall of the Tsars in his homeland), and there’s a grimness to the proceedings atypical for Spidey yarns. 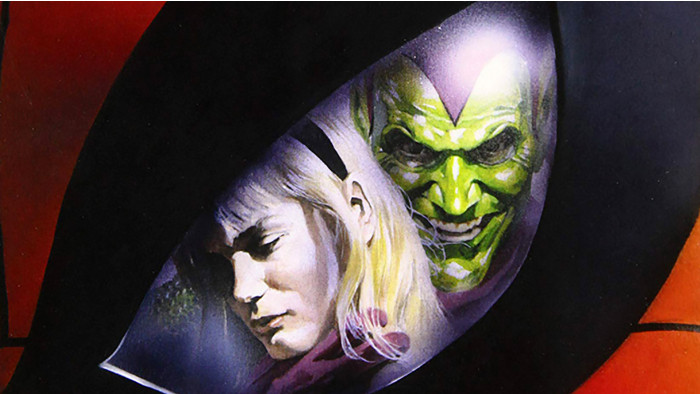 A high water mark of nineties comic publishing, and certainly of comparable calibre to Frank Miller’s more often celebrated The Dark Knight, this is the Marvel universe as seen through the eyes of photojournalist Phil Sheldon.

As New York is engulfed by giants and aliens and costumed oddballs, Sheldon is there documenting it all. With beautiful painted artwork, we get an epic adventure, with Spider-Man front and centre, that culminates in the raw, realistic death of Gwen Stacy. A phenomenal piece of work. 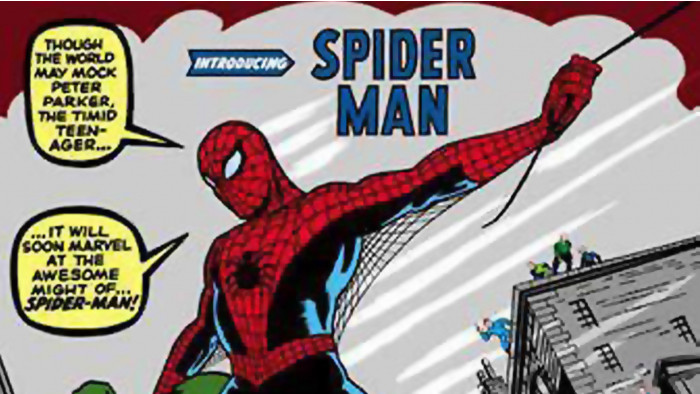 If you have a coffee table, a really big coffee table, this oversized omnibus of original Spider-Man yarns is something to be treasured. It features the entire formative Stan Lee/Steve Ditko Spider-Man run, from his debut appearance in Amazing Fantasy 15, through the first 38 editions of his own comic, plus assorted annuals. This collection establishes the entire Spiderman mythology we’re so familiar with today.

Stan Lee took the then-cookie-cutter superhero template and turned it inside out, making a weedy angst-ridden teen the titular hero, while Steve Ditko envisaged his world with nuanced, shadowy art. 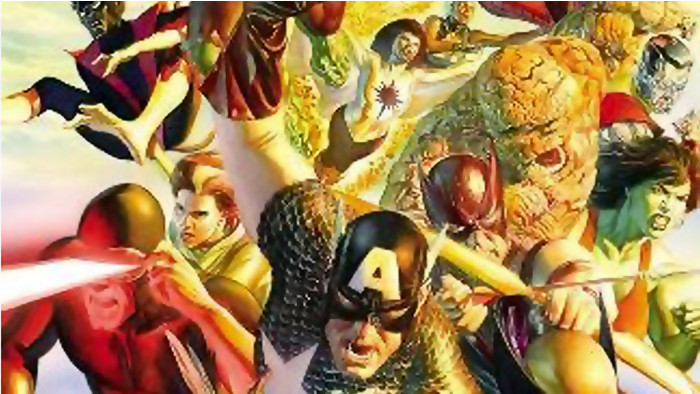 Secret Wars is not strictly a Spider-man story. But this sprawling epic features the wisecracking web-slinger heavily, and has long been a fan favourite. Spidey and a cavalcade of Marvel A-listers (The Avengers, X-Men, Fantastic Four) are thrown together by a cosmic busybody called the Beyonder, on Battleworld, to fight their deadliest foes.

Who will be the ultimate victor? This 12-part crossover event was a landmark for Marvel and had massive implications for comic publishing. Secret Wars also introduced the infamous black Spider-Man costume, which transpired to be alien symbiote Venom... 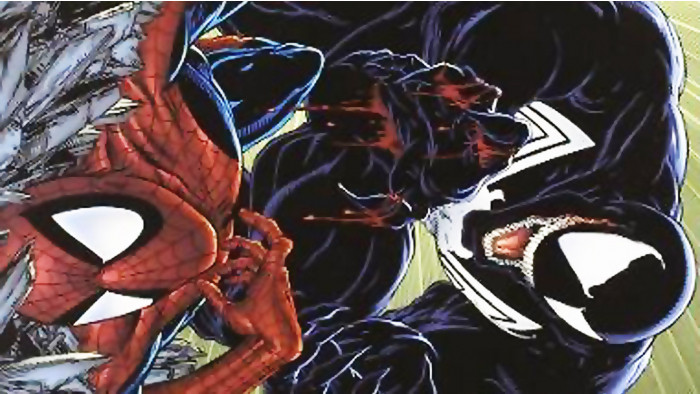 Need to know more about the black suited alien with a bad attitude? This ill-fitting assortment of stories follows on from his/its Secret War debut and is even more chaotic and daft than Tom Hardy’s movie spin-off.

Find out what happens when Peter Parker’s fashion sense turns bad - guest starring all the usual suspects, and some new characters so obscure they won’t even turn up in a hardcore Marvel comics pub quiz. 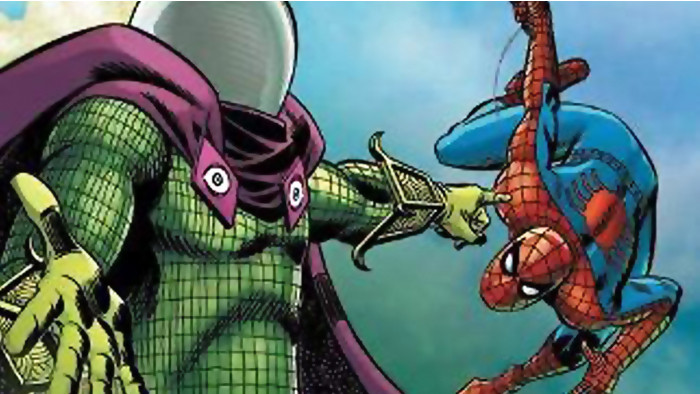 This collection of classic tales runs the gamut of Mysterio appearances, from his Stan Lee written debut in The Amazing Spider-Man 13 through to his triumphant return during Dan Slott’s celebrated noughties run.

The stories are tight and fun - the cover references a befuddled Spidey apparently shrunk down into a miniature amusement park set - and the art iconic throughout. John Romita Sr and Ross Andru both draw a lithe Spider-Man, but it’s the angular, expressionistic work of co-creator Steve Ditko that will leave you hankering for more. 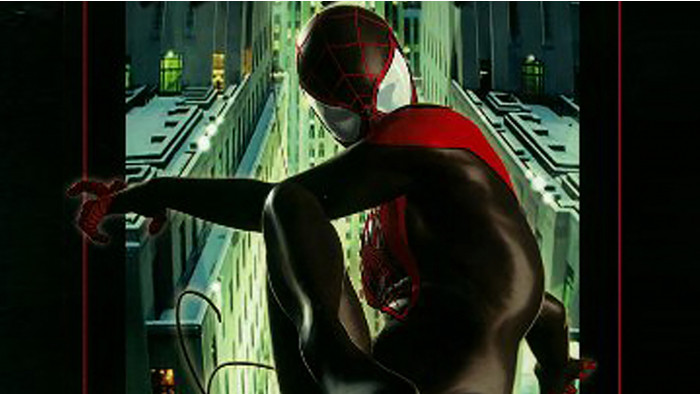 Thrown in the Spider spotlight by Into the Spider-Verse, Miles Morales is our new favorite friendly neighbourhood superhero. Created by Brian Michael Bendis, this book collects Miles’s initial Ultimate Comics run, and is the place to start reading the character. These stories don’t just rehash familiar Spidey tropes. They inject new angles and artistic energy. 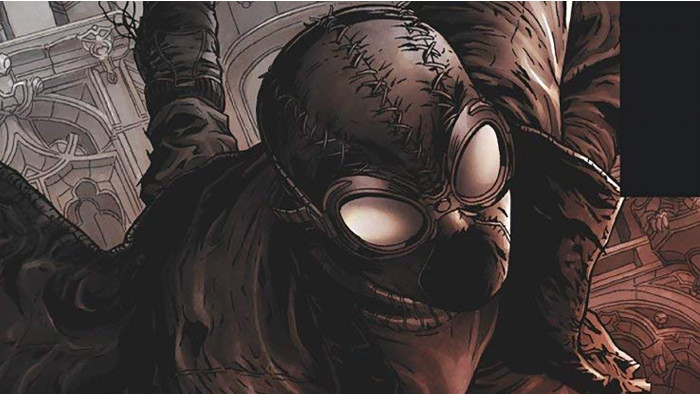 Intrigued by Spider-Man Noir’s Into the Spider-Verse movie appearance? This tome collects the entire run of the hard boiled alternate universe hero. Set ostensibly in 1930s New York during the Great Depression, the stories give the classic Spider-Man cast a pulp-era twist (the Goblin is a gangland boss, Felicia Hardy a femme fatale).

Writer: David Hine and others / Artist Carmine Di Giandomenico and others 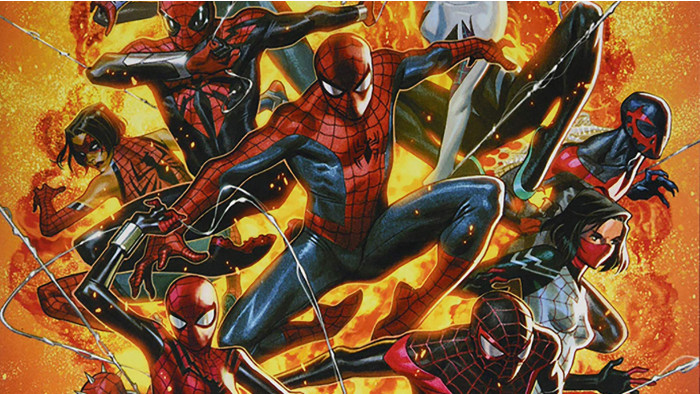 If you've developed a taste for arachnid superheroes from across the multiverse, this sequel to Marvel's first printed foray into the Spider-verse features a plethora of Spider characters, including the Spider-man from the PS4 game and the live action Japanese TV Supaidāman (!).

It’s all light years removed from Lee and Ditko’s grounded teen hero, but if you’ve ever wondered how far the Spider-envelope can be stretched… 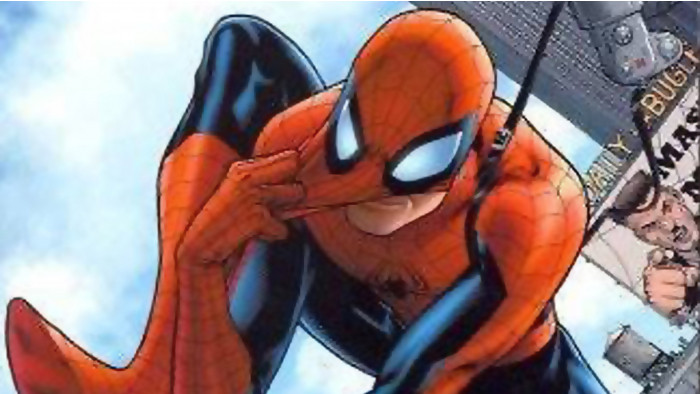 What do you do when decades of comics continuity becomes so complicated and onerous it threatens to sink your flagship superhero? You simply hit delete, ‘Dallas’ style (for more buy the ‘One More Day’ trade paperback).

Following a deal with the devil, or more precisely Marvel’s version, Mephisto, Spider-Man history has been rewritten. He was never married to Mary Jane, Aunt May is back from the dead and no-one knows his secret identity. It was a controversial and unpopular move at the time, but there's no denying this resulting retcon is fresh and fun.