The 'Sopranos' movie has found an actor to play Tony

Keeping it in the family 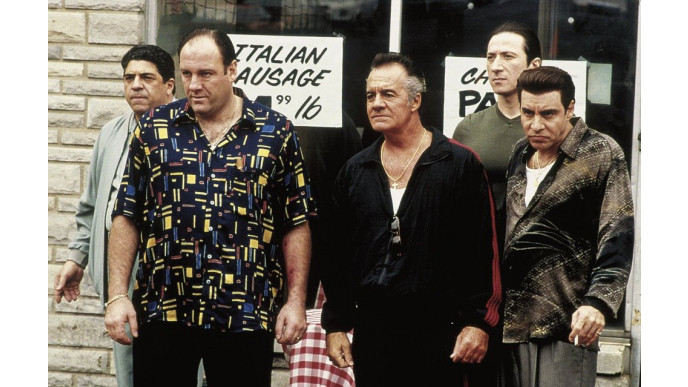 The Many Saints of Newark, David Chase’s prequel to The Sopranos, is sure to divide opinion.

There will be some die-hard fans who believe the show should have been left alone, allowed to stand on its own as one of the greatest TV shows of all time, but others will maintain the prequel couldn’t be in better hands.

Even Chase himself, creator of the original show, seems sensitive to people’s concerns. However, with the latest casting decision for the upcoming film, it continues to look as though those involved are doing things the right way.

Why 'Pine Barrens' is unquestionably The Sopranos’ best episode

We already knew Chase would be co-writing the project with Lawrence Konner, who penned a number of memorable Sopranos episodes during the original HBO run.

We also have confirmation that Alessandro Nivola will play Dickie Moltisanti, while Sopranos alum Alan Taylor will direct, but we now have an actor confirmed for the part of young Tony Soprano.

As Deadline reports, the part will be played by none other than Michael Gandolfini, son of the man who made Tony Soprano one of the most iconic characters in TV history.

Michael is the 19-year-old son of James Gandolfini, who won multiple awards for his portrayal of the mob boss, and died in 2013.

The teenage actor already has a few film and TV roles to his name, including a small part in Ocean’s Eight and a recurring role in HBO show The Deuce.

“It’s a profound honor to continue my dad’s legacy while stepping into the shoes of a young Tony Soprano,” Michael Gandolfini told Deadline after coming through what the publication describes as “an extensive audition process”.

“I’m thrilled that I’m going to have the opportunity to work with David Chase and the incredible company of talent he has assembled for The Many Saints of Newark.”

A number of other casting decisions have been made for the film, with Nivola and Gandolfini set to be joined by a number of big names from TV and film.

Vera Farmiga (Up in the Air), Jon Bernthal (Baby Driver), Corey Stoll (House of Cards) and Billy Magnussen (The Big Short) are all set to be involved, while we’ll likely hear about new cast members in the coming months.

The Many Saints of Newark is expected to begin production in 2019.