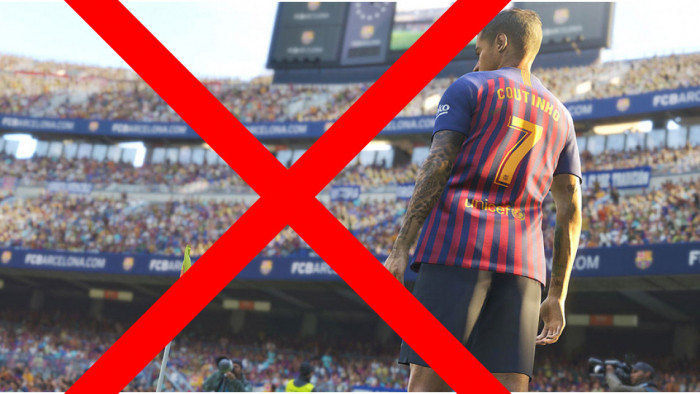 It’s that time that every PlayStation 4 owner looks forward to each month. It’s PS Plus announcement day: the moment when subscribers find out what freebies they’re getting from Sony to instantly download and – who knows? – maybe one day actually play.

This month it was meant to be Pro Evolution Soccer 2019, as well as retro multiplayer racer Horizon Chase Turbo. But, according to the official PlayStation blog this is now not the case.

Sony has apologised and explained that the line-up is now changing, with Detroit Human added as a replacement. Given we are in the grips of footie fever at the moment, it's a shame that the game won't be coming, and there isn't really a reason, the blog just states: "We are making a swap to the PS Plus games lineup for July. This month, we are adding Detroit: Become Human Digital Deluxe Edition*, which also includes Heavy Rain (Beyond Two Souls**), to the July games lineup instead of Pro Evolution Soccer 2019. We apologize for any inconvenience."

Detroit Human, for those who don't know, is "Set in Detroit City during the year 2036, the city has been revitalized by the invention and introduction of Androids into everyday life. But when Androids start behaving as if they are alive, events begin to spin out of control. Step into the roles of the story’s pivotal three playable characters, each with unique perspectives as they face their new way of life." It currently scores 78 on Metascore.

Horizon Chase Turbo fares similarly, averaging a score of 77%. A retro racer in the vein of OutRun and Lotus Turbo Challenge, it’s a great title to play split screen with up to three friends, when you grow tired of Crash Team Racing. As Gaming Age wrote: “If you’ve ever yearned for an arcade racer that genuinely feels like it comes from the early days of home consoles, you should most definitely check this one out.”

Both titles are free to download now. They’ll give you something to crack on with if you’ve already exhausted our list of the best PS4 games