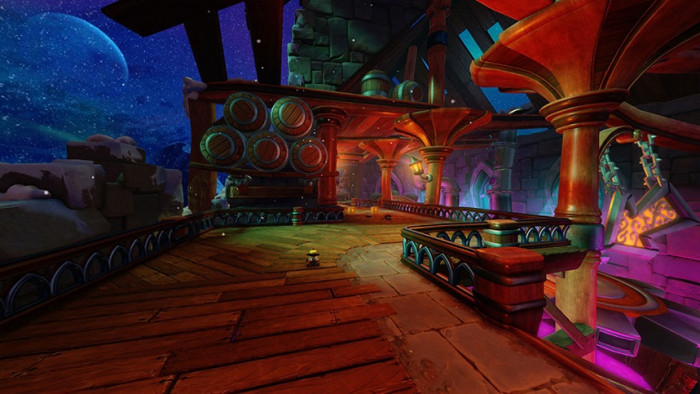 Twenty years can be unkind to anybody’s looks, but it's even worse for games. Crash Team Racing, originally released on the PlayStation as a Mario Kart 64 rival back in 1999 probably doesn’t look quite as you remember it if you boot it up today.

Fortunately developers Beenox have done an incredible job with the remake, Crash Team Racing Nitro Fueled, with a graphic style that feels familiar without looking out of place in 2019. As you’ll see from the comparison screenshots below, it’s like putting on glasses for the first time after years of undiagnosed shortsightedness. Well, aside from that grinning polar bear that definitely wasn’t there before.

But what of the gameplay itself? Again, faithful but enjoyable for a 2019 audience that has no idea who or what a Crash Bandicoot is (youngsters, eh?). Metacritic has the game averaging a score of 85% from 18 reviews at the time of writing, so it’s safe to say your memories haven’t been butchered.

“Beenox has managed to take the original Crash Team Racing, and somehow made it better,” glows GamesRadar, while TheSixthAxis calls it “the best kart racing game we’ve seen on PlayStation or Xbox for many, many years.”

It’s certainly not easy, though, and that seems to be the only real bone of contention. “As fun as the zippy racing is, it sticks perhaps a little too closely to the original model,” cautions Push Square. “High difficulty and some unforgiving track design mean this feels slightly dated.”

Still, if you’ve played it before, the old muscle memory is bound to kick in in no time.

Crash Team Racing Nitro Fueled is out now, and available to order now on PS4, Xbox One and Nintendo Switch. If you’re a purist that doesn’t care for remakes, then be sure to check out our list of the best retro consoles for alternatives without a lick of 21st century paint