Familiar faces in a new location 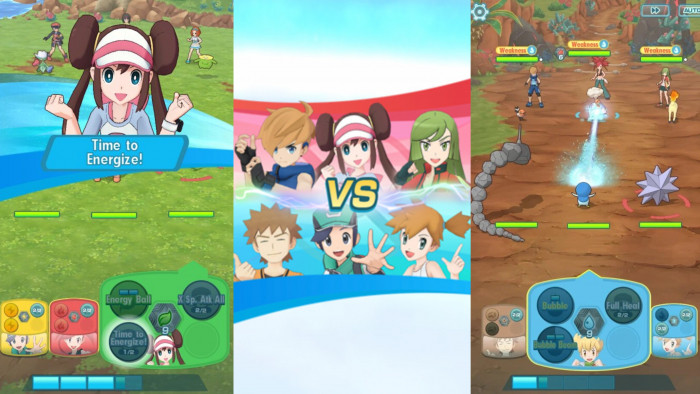 It’s here! One of the year’s most high profile mobile game releases has happened. DeNA’s Pokemon Masters is now available for Android and iOS devices.

And it seems pretty popular (as you would probably expect)! So far, it has been downloaded over 100,000 times, according to Google Play Store and it also managed to nuke its servers on day one. Pre-registrations originally opened to the public in July, but now players finally get to venture into the islands of Pasio, as they compete in the Pokemon Masters tournament. This will be the first time the Pokemon Trainers will travel to the islands, as they have never been featured in a game before. Though, despite the new location, players will see the return of some familiar faces from Pokemon Blue and Red such as trainers Brock and Misty. So, what happens in the game? Rather than battling a single trainer and their Pokemon, players will get to form a team of three trainers and their Pokemon to fight in three-on-three battles.
The makers of the game suggest players have a device with at least 2GB of RAM and if you’re playing on Android, you need OS 7.0 or higher to fully enjoy the game.
That’s not the end of it, either. There are more games to come, too, as Sword and Shield will be available on Nintendo Switch on November 15. If that wasn’t enough, Pokemon Sleep will follow in 2020, which Pokemon hopes will turn “sleeping into entertainment”.