Nike's Stranger Things trainers are a thing of nostalgic beauty

Respectable in the 80s 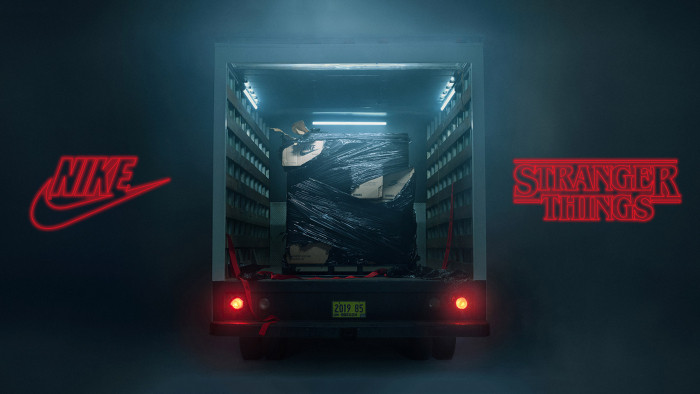 Picture the scene: it's the mid 80s, your Walkman has fresh batteries and your shell suit is so hot it's a fire hazard - the only thing you need to compete your outfit is some new Nike kicks.

Well, now you can relive the 80s all over again thanks to Nike's collaboration with the retro horror opus that is Stranger Things. The new range offers a two distinct new-looks for three classic Nike trainers: the Cortez, Blazer and Tailwind range.

UPDATED: Stranger Things: Season 3 is here - it launched on Netflix on the 4th July. The show is currently third in our best Netflix TV Shows list, so if you are a fan don't forget to give it an upvote.

There are two collection is total. The first is based on the name of the school, the Hawkins High School collection, and features green and orange colour scheme, like the school's colours. You can get them from 27 June.

The second collection is all about the third season and is called the OG Pack. It launches a little later, 1 July, and is based around the colours red, white and blue, aping the US flag - given some of the news series is based around the 4 July Independence Day (this is also when the new series will be released to stream) that makes a lot of sense.

Speaking about the new/old lines, Nike explained how the line tied in with Stranger Things' 1985 setting: "The sporting world in 1985 was undergoing a radical change – energy was reverberating from the summer games in Los Angeles and pro basketball was swinging firmly into its showtime era.

"At Nike, 1985 was the year visible Air began to take shape (realised two years later in the Air Max I) and when the iconic Dunk emerged on collegiate basketball courts.
"Meanwhile, the Cortez, Blazer and Tailwind remained sport and style staples, granting a timely authenticity to the Stranger Things collection."

Stranger Things is already a star in our best Netflix TV Shows guide, so we can't wait for the next season. Find out more about the new Stranger Things, Nike link-up.