Choosing the best Nike trainers is no easy feat. New pairs land on an almost daily basis. Still, it’s something that must be done if you want the right pair of shoes from the biggest sportswear heavyweight on the planet.

UPDATE: Nike has revealed its latest trainer is one of its most sustainable yet. The Nike ISPA (Improvise; Scavenge; Protect; Adapt) is a trainer that has been made with no glue whatsoever. It's the glue that makes it difficult to recycle trainers, so this new modular approach means that the trainers can be taken to a Nike Store and then recycled once they aren't needed anymore. The Nike ISPA range will be out in June.

Over the past half a century, The Swoosh’s trainers have sprinted over Olympic finishing lines, squeaked across NBA courts and even peppered the Fashion Week front row. It’s no wonder the whole world wants a slice of the action, but when it comes to picking a pair out, the options can be dizzying.

Nike may have released countless trainer styles over the years, but certain ones stand out from the crowd. We’re talking bona-fide footwear allstars, future classics and technological trailblazers past & present.

In this list, we’ve handpicked the best Nike trainers we feel are worthy of top-ten status and left it to you to decide where they rank. Vote for the pairs you love, downvote the ones you don't.

From the game-changing Air technology of the Nike Tailwind to the futuristic styling of the Nike Air Max 270, here are the shoes we chose. 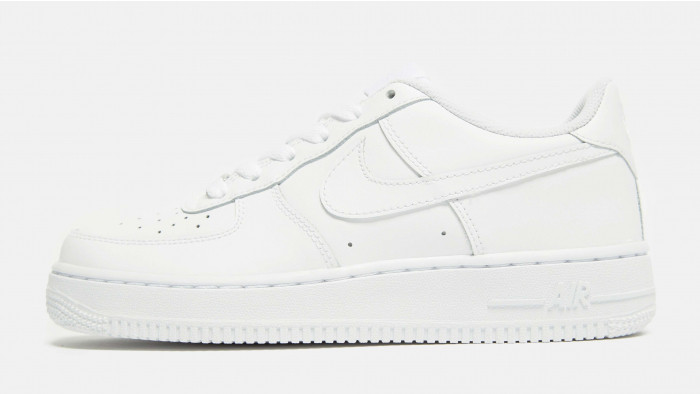 A pair of classic white leather trainers is an absolute must on every shoe rack and Nike’s legendary Air Force 1 is one of the finest options out there. A masterclass in restraint, the shoe’s simple styling, clean lines and versatility have seen it adopted by everyone from streetwear aficionados to sporting superstars. 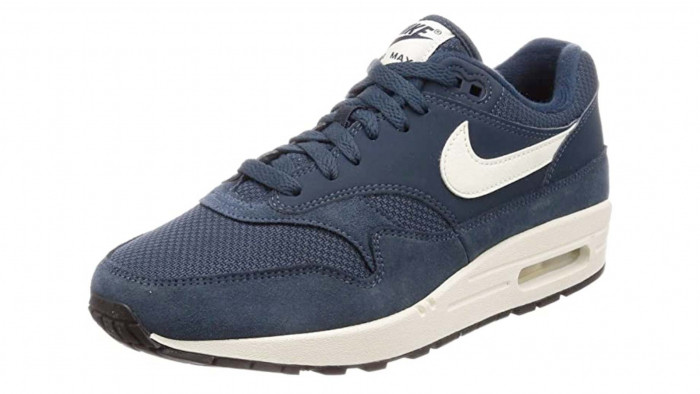 Nike’s Air Max range made visible air bubbles one of the hottest trainer trends of the last 30 years and the Air Max 1 was the first shoe to feature one. There have been countless models released under the Air Max umbrella, but this suede and mesh masterpiece will always be the original and best. Unchanged since 1989, because if it ain’t broke, why fix it? 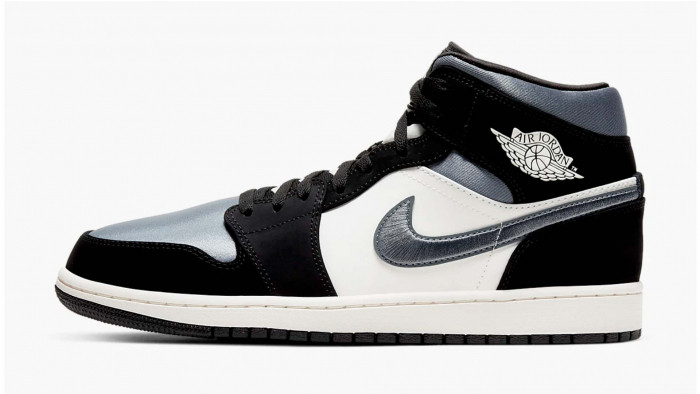 Hard to believe, but this pretty basic looking basketball shoe is actually the precursor to the most successful line of celebrity-endorsed athletic footwear ever created: Nike Air Jordan. The debut pro model of basketball legend Michael Jordan, it features a high-top design, ‘Air Jordan’ branding to the cuff and a grippy, flat sole for traction on and off the court. 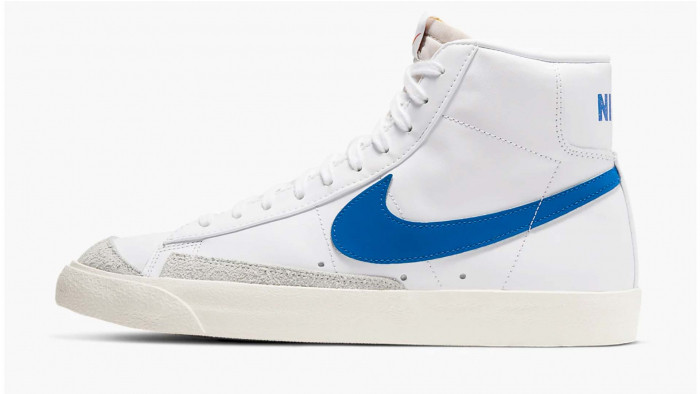 The Blazer originally launched in 1973 as Nike’s flagship basketball shoe. Today it’s more likely to be found walking city streets or cruising skateparks but it hasn’t lost any of its original charm. The high-top silhouette; the attention-grabbing Swoosh branding; the delightfully retro exposed-foam tongue. It’s all still there and looking as slick as ever. 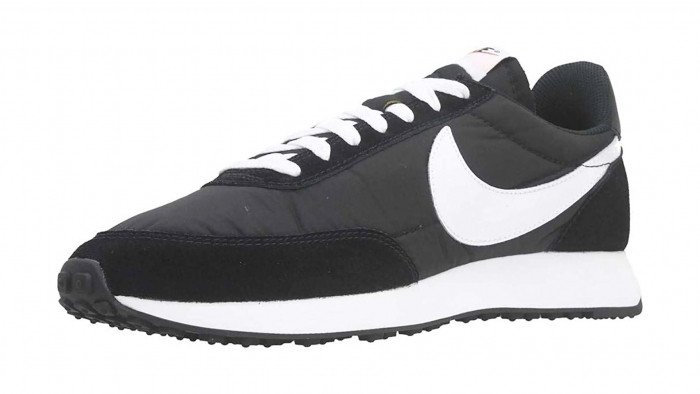 The Nike Tailwind ‘79 may look simple enough, but that simplicity is only skin deep. Beneath the subtle suede and mesh exterior is the first example of the ‘Air’ technology that launched Nike into the sneaker stratosphere.

Back when it debuted in 1979, it was a total game changer. And while cushioning technology has come a long way since then, a slew of eye-catching new colours and limited releases have kept this legendary style firmly in the spotlight. 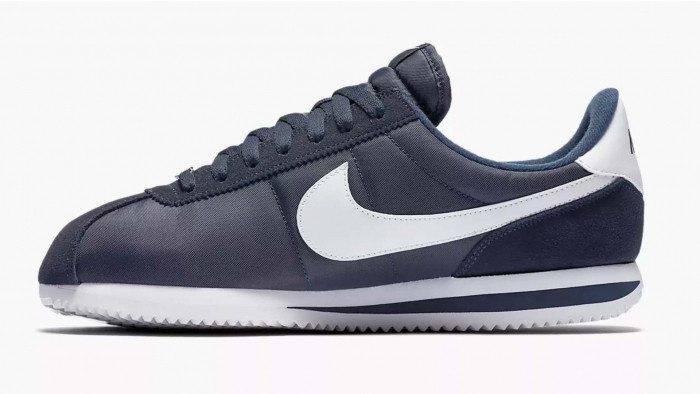 It may have been Nike’s first ever track shoe, but almost 50 years later, the Cortez is still one of the brand’s best sellers. This retro runner features a clean, minimalist upper, punctuated only by an oversized Swoosh to each side. It was also immortalised on screen by Tom Hanks in Forrest Gump and is a favourite of Kendrick Lamar, who has collaborated with Nike on several limited-edition versions. 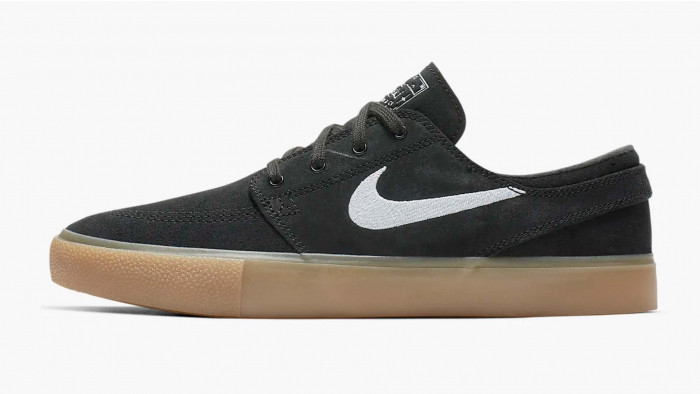 With its suede uppers and low-profile, plimsoll-like silhouette, the Nike SB Zoom Stefan Janoski is undeniably the outlier of this list. It’s also the only shoe here from Nike’s skateboarding-focused footwear and apparel line, Nike SB.

When it first launched in 2009, it was radically different to any other Nike SB shoe and was the first in the range to feature a vulcanised sole. Today, along with the Nike SB Dunk, it’s one of the brand’s flagship models. 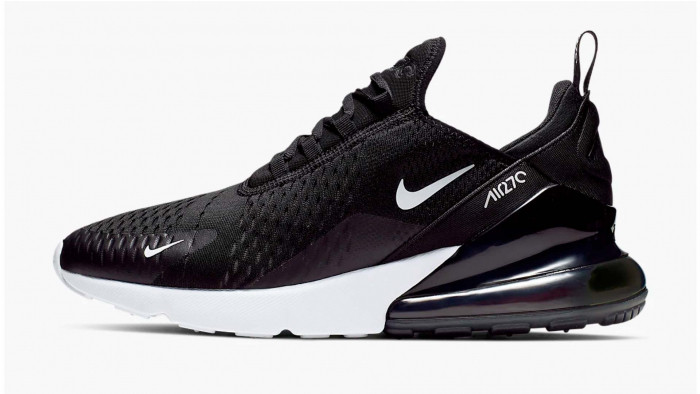 Named for its Air sole unit’s 270 degrees of visibility, the Nike Air Max 270 is the latest shoe in the Air Max line. It became an instant hit following its release in 2018 and is the first ever Air Max trainer to have been designed exclusively for lifestyle purposes, as opposed to running. It also features the tallest Air Max heel unit, so if you’re looking to boost your height a tad, this could be the shoe for you. 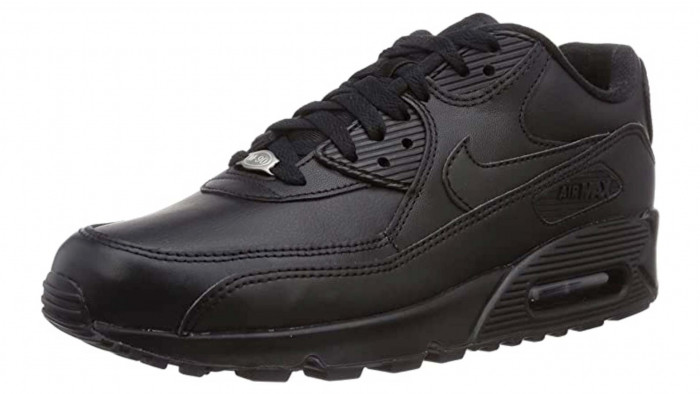 Originally released as the Air Max III in - you guessed it - 1990, the Nike Air Max 90 has gone on to become one of the brand’s most popular styles. With its thick sole, OTT detailing and visible Air sole unit, it was a forebearer of the chunky-sneaker trend that engulfed most of the late 2010s. Heavy on the ‘90s nostalgia, yet still as relevant as ever. 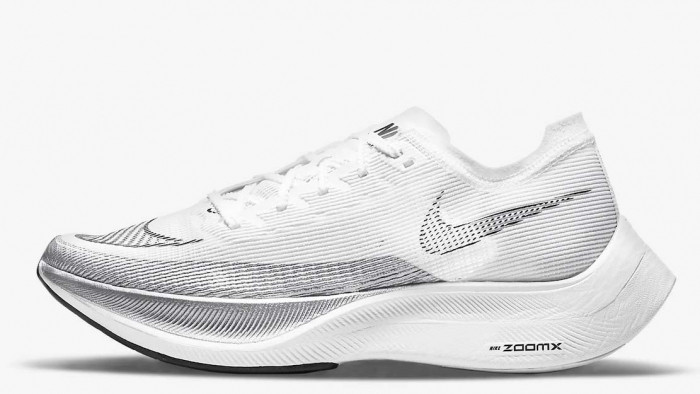 The original was hailed as the fastest Nike running shoe to date and its sequel is no slouch, either. the Nike ZoomX Vaporfly NEXT% 2 might be a bit of a mouthful but that hasn’t stopped tongues wagging since the range was first announced. The patented ZoomX foam in the sole unit provides unparalleled bounce and response. So much so, in fact, that some have called it mechanical doping, suggesting that these trainers are so good that they give athletes an unfair advantage.