Every year Adidas sells over 400 million pairs of shoes so, while you may not need any help buying trainers, we thought it was only right we ranked the best Adidas shoes to celebrate the shoes we love wearing.

After all, it can actually be quite difficult to find a pair of trainers that are both stylish and practical - a combination that Adidas seems to do effortless. Below, you’ll find the best Adidas trainers for everything from running a marathon to spending all day at work.

UPDATE: adidas has unveiled its James Bond x adidas ultraBOOST collaboration ahead of the latest installment of the 007 franchise hitting cinemas in April. The design is pretty much an all-black affair, with a distinctive 007 logo on the heel and gun barrel design on the tongue. Worthy of an international secret agent? Quite possibly.

It's also worth noting that adidas has unveiled the official 2020 UEFA Champion's League final football. It's a pretty beautiful offering if we do say so ourselves. Depicting the east-meets-west city of Istanbul, the ball's hand painted design makes it a worthy centrepiece at such an important footballing event.

This is nowhere near a definitive list, instead we've tried to pick out a combination of classic and more limited-edition styles to show you how versatile Adidas trainers are. Some are simple and practical, others are throwing out some pretty outlandish 80s vibes. All of them have fought for their place to rightly be crowned some of the best Adidas trainers available right now.
Here are our top 10 - remember to upvote your favourites and let us know if we’ve missed your must-have pair. 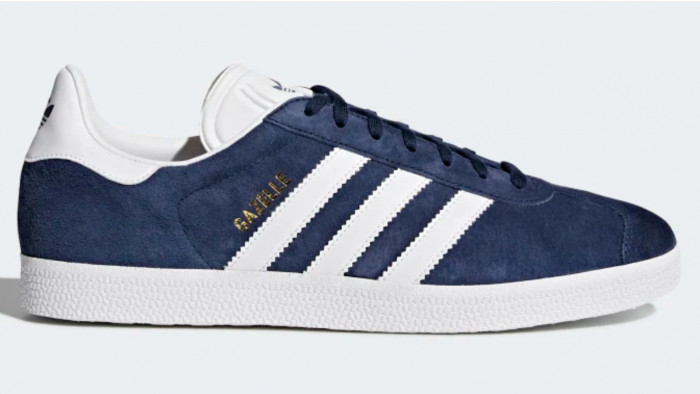 The Gazelle may have started life as a football trainer, but it is now more likely to worn into town. The colourful leather upper provides a contrasting base to the three stripes that run across the side of the shoe. There are over 10 colours available including collegiate burgundy and glow blue. 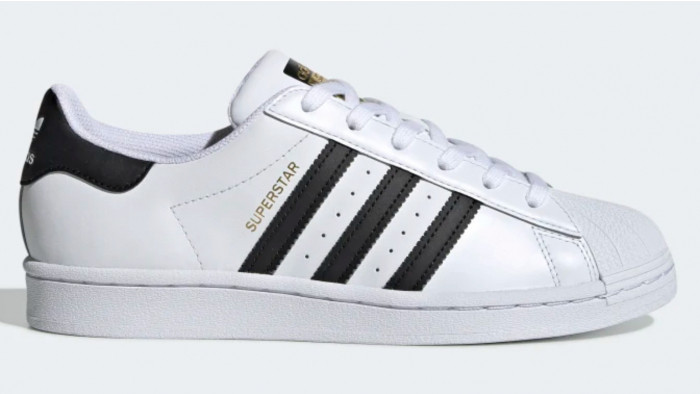 Having originally been released in 1970 for the basketball court, the Superstar has since become a streetwear staple. However, the hard shell toe - designed to protect the toes on the court - has remained a constant in the design even 50 years on. It’s also been worn by hip-hop and rap icons Missy Elliot, Jay-Z and Run DMC. 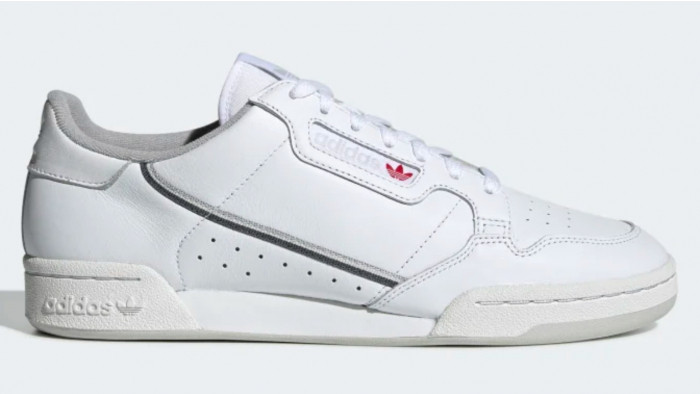 As you can tell from the name, these trainers are bringing you all the 80s looks. Originally a tennis shoe, the retro feel comes thanks to the French terry lining, split rubber sole and, obviously, that swooping two-tone stripe. There are 30 colour combinations available depending on if you want a classic white trainer or not, before then choosing the colour of your stripe. 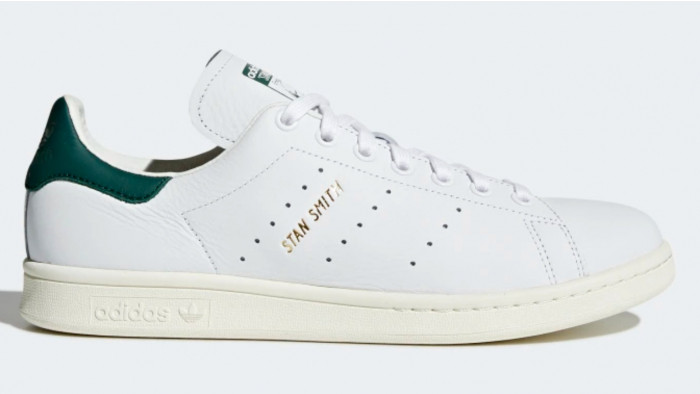 Available in over 30 colour combinations, the Stan Smith is one of the most versatile adidas styles. Its classic silhouette has been the same for over four decades, and the clean white design makes it easy to pair with any outfit. The pops of colour on the heel and tongue add some character but don’t take away from the shoe’s simplicity. At £75, it is also one of the more ‘affordable’ styles.

If you like a sportier silhouette, the Swift Run RF might be for you. Designed to bring the comfort of running shoes to your everyday, the Swift Run RF has a lightweight cushioned outsole to support your feet no matter where your work day takes you. The design is a little more subdued than many on this list, with four colours available: white, navy, grey and black. 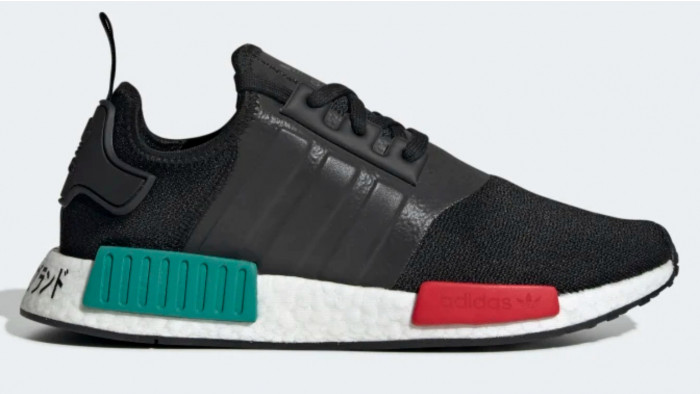 Originally launched in 2015, the NMD is “built for 21st century urban nomads who care about comfort as much as style”. The design combines the signature three stripes with the knitted upper of the UltraBoost, with the EVA midsole plugs finishing what has become an iconic style. Available in over 15 colourways, style is at the forefront of this trainer’s sporty design.

Another 80s-inspired trainer, this time with a sleeker silhouette. Designed to be a ‘jogging’ shoe, the trainer has reflective stripes and a ‘boost’ midsole. The colourways are also a massive selling point of these trainers, with everything from all-black to neon orange available. 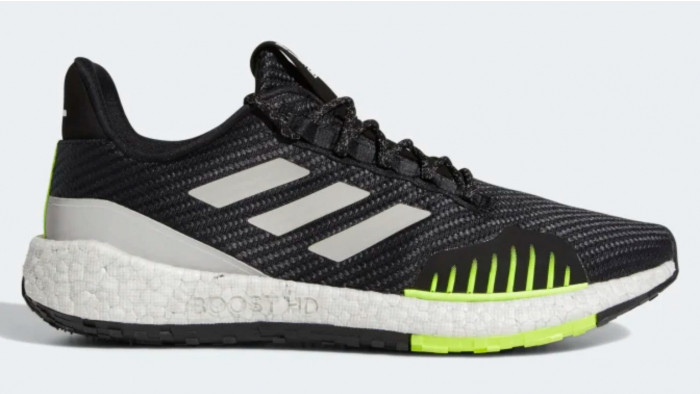 This all-weather running shoe is designed to carry you easily around the block. The adaptive traxion on the sole should stop you slipping, while the nylon upper is water-resistant to keep your toes dry. There’s even a QR code on the tongue of the shoe that reveals an exclusive playlist to keep you going in the coldest weather. 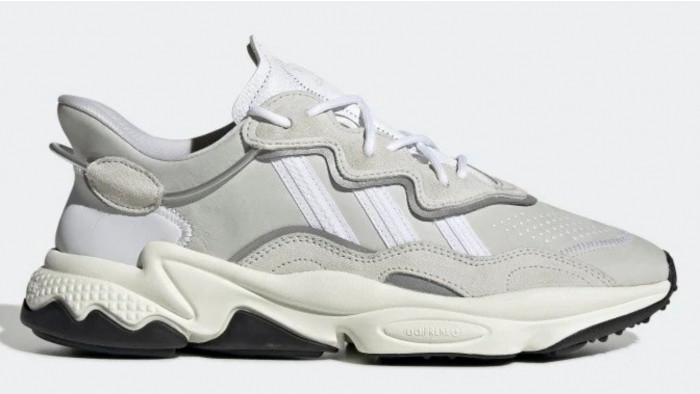 The Ozweego has strong 90s vibes and we’re loving it. This shoe may have a runner’s silhouette but the wavy design makes it clear that this trainer is designed to make you look cool. That doesn’t mean they’re not comfy though, with a lightweight, sock-like fit, you’ll have no problem wandering town all day in these bad boys.

A spin on the classic UltraBoost 19, this Star Wars collection blends the shoe’s sleek style with some pretty epic Millennium Falcon graphics. Designed to be a running shoe, the UltraBoost 19 have a responsive midsole, which provides cushioning while stepping keeping the shoe light and and the knitted style gives the feel of a ‘second-skin fit’.

Everything you need to write, paint or plan
Style 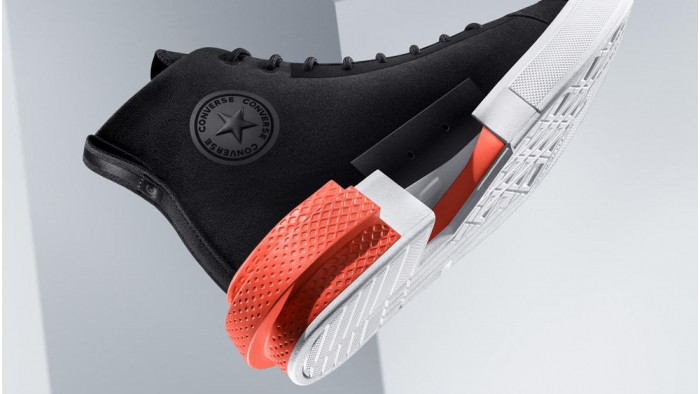 Converse drop new CX line - and things are getting futuristic

...and not a bargain-bin biography in sight
Health & Fitness

The best yoga mats to show off your downward dog.
Health & Fitness

Help the environment, and save money with these reusable water bottles.
Health & Fitness