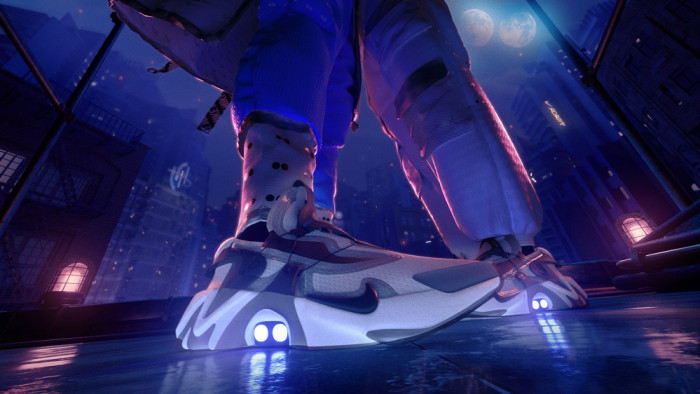 If ever there was evidence that technology is infantalising us, surely this is it. Nike has developed a pair of trainers that will take on the responsibility of shoe tying for you – a skill that most of us mastered at the age of six.

With just a whisper to Siri on your Apple Watch or iPhone, your shoelaces can be automatically tightened or loosened. What a time to be alive.

The shoe in question is the Nike Adapt Huarache, footwear based on the original Nike Huarache. The original Huarache shoes debuted in 1991, a time when lace tying was still seen as something of an essential skill, despite the enduring popularity of velcro.

According to Nike, in a post surprisingly not dated 1 April, the shoe “offers the personalised comfort needed in, say, the sprint to catch the bus, before seamlessly shifting fit as you settle into an empty seat with a sigh of quiet relief.”

Yes, apparently Nike believes this can happen without the driver deliberately pulling away early to get away from the show-off talking to his self-tying booties. It’s quite sweet, really.

As you sit in the rain, waiting for the next bus to come, you can at least entertain yourself with the app’s other party trick: you can change the colour of the LED lights on the soles of the shoe. Glorious.

If, for some reason, this is tempting you into reaching for your credit card, you should know the damage: $350 (~£287), when the shoes arrive on 13 September, according to Digital Trends. We reckon you can do better by consulting our list of the best trainers...