Could anyone else really go for some chicken right about now? 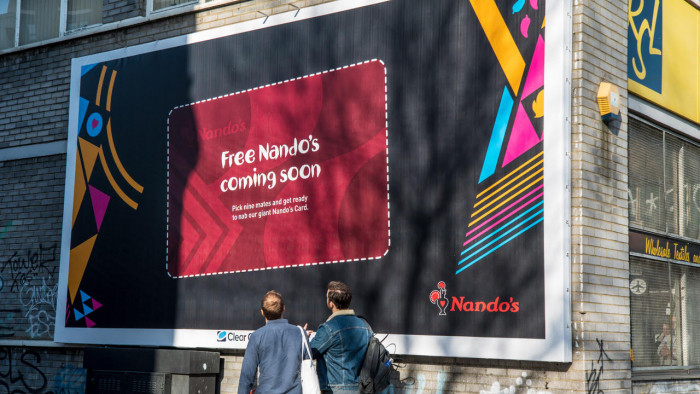 If you’ve been to Nando’s at any point in your life, you’ll have probably started collecting loyalty points in the hope of getting your hands on the holy grail of a free chicken.

Sounds great, doesn’t it? Taking a couple of friends out for dinner, walking up to the counter and being able to tell them ‘don’t worry, I’ve got this’. Then, minutes later, an entire bird arrives for you to share, complete with an array of spicy peri-peri sauces.

When’s the last time you checked your loyalty points, though? Can you be absolutely sure you’re not sitting on a freebie already, with each passing day being a day without you redeeming your free food?

According to Nando’s, a lot of people are in this position, and the restaurant chain is responding by… giving away even more freebies.

Nando’s has revealed more than £13m in rewards is sitting dormant in customers’ accounts. Maybe some folks are saving up for a special occasion, sure, but we bet there are some of you with some free chicken just waiting for you to eat it.

Still, if the problem is that loyalty cards aren’t visible enough, the restaurant has found a solution… by creating new ones so big that you’ll struggle to miss them.

They’ve announced some giant 3mx2m loyalty cards will be popping up in London and Manchester in the coming days, and anyone who takes one along to a branch of Nando’s will be able to use it as if it’s a regular, pocket-sized card.

Nando’s will be announcing locations of the giant cards on their social channels, but they’ve also given us a heads-up that the first ones will be popping up in Bethnal Green in London and Printworks in Manchester from 29-31 March and White City in London the following week.

Anyone who’s lucky to get their hands on one of the massive cards can get a 10-person chicken feast, which feels like enough motivation to us.

Sure, with some of your Nando’s favourites available in supermarkets it’s probably been tempting to try making your own at home, but we’re hungry just thinking of the prospect of free peri-peri chicken.