Lucifer: Season 5 has been revealed and it's all thanks to the 'Lucifans' 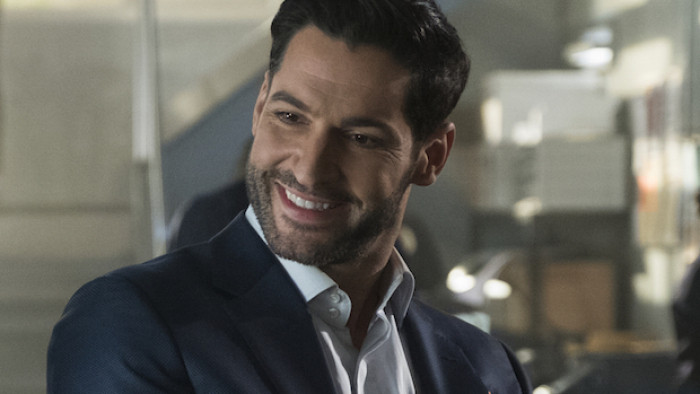 Netflix has confirmed that Lucifer is coming to an end with a fifth and final season. Reacting to the news, Tom Ellis, who plays fallen angel Lucifer in the show put out a simple, but enthusiastic statement that I’m not going attempt transcribing:

thanks to the lucifans, #lucifer's story will come to an end the way it should: the fifth and final season is coming to @netflix. pic.twitter.com/EvknS5AVHK
— Lucifer (@LuciferNetflix) June 6, 2019

News of the show’s upcoming demise will feel eerily familiar to fans, given its already been cancelled once when Fox gave it the chop last year. The show was resurrected by Netflix – theologically awkward for a show centering around the devil – and its fourth season emerged last month.

This time it really will end though, with a proper conclusion to wrap things up, unlike the deliberate cliffhanger that closed the third season.

“We are so incredibly thankful to Netflix for resurrecting our show last season, and now letting us finish the story of Lucifer on our terms,” said a statement from showrunners Joe Henderson and Ildy Modrovich. “Most importantly, we want to thank the fans for their incredible passion and support. The best is yet to come!”

For the uninitiated, Lucifer is about Satan, prince of darkness, who has taken up a job with the LAPD taking down Earth’s criminals. Its had a pretty solid critical reaction, averaging 87% on Rotten Tomatoes. It's even more popular with regular viewers, sitting comfortably top of our vote on the best TV shows on Netflix at the time of writing.

“We’re thrilled that Lucifer fans around the world have embraced this series on Netflix, and we can’t wait to give them the big finish they’ve all been waiting for,” a Netflix spokesperson said.

It shows that there’s some mileage for streaming companies picking up cancelled shows and running with them. Indeed, it’s not the first time Netflix has pinched one from Fox, with Arrested Development getting the same treatment.

Not that Netflix isn’t averse to cancelling its own beloved underperformers, of course. The Santa Clarita Diet was axed, despite its enduring popularity...