It only took over 800 hours to build. 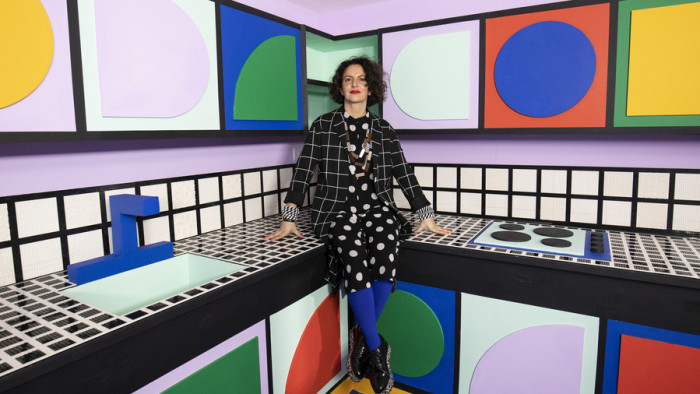 Every house has that big box of LEGO, at which you would spend hours playing building your own make-believe world.

Now children will get to wear or decorate their rooms with their LEGO creations thanks to the new LEGO DOTS range.

The 2D tile play concept allows children to decorate tiles and bracelets with a range of coloured blocks without being restricted by the usual long list of instructions.

And because it’s LEGO, it couldn’t simply quietly launch the range (after all, it literally ‘launched’ its ISS set by sending it to space) so it's instead built a five-room interactive house made of LEGO.

In a collaboration with artist Camille Walala, everything in the public art installation, from the walls to the rugs, are made of LEGO (over 2 million LEGO tiles in total).

It's open to the public, too, and guests even get the chance to dance in a LEGO disco, play in a ball pit and sit down in the kitchen and create their own bracelets before the range is even publicly available.

To end the experience, you get to slide down an 8ft slide (how else would you expect to leave a LEGO house).

The House of Dots, found in Coal Drops Yard in London, is open to the public from 31 January-2 February.

If it’s the products you really want to get your hands on, the all-new LEGO DOTS range will be available from 1 March with prices starting at £4.99 for a bracelet.