Everything you need to know about the new LEGO Flintstones set

It's designed by the man behind the 2015 Doctor Who set 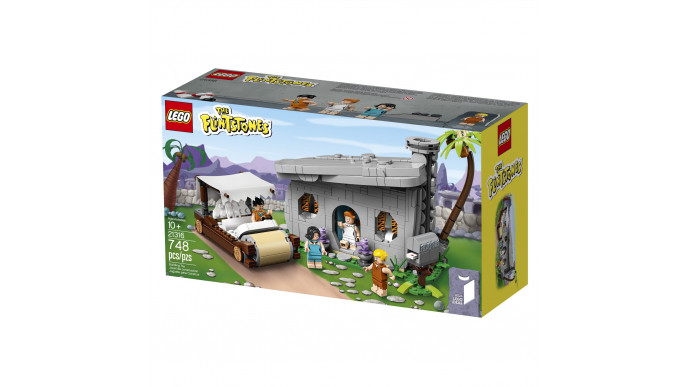 A little while ago, we brought you the news that a laundry list of new LEGO sets based on the designs of fans was on the way.

In the meantime we’ve had a fair few distractions, not least the new LEGO Movie and Chris Pratt popping up at a real-life LEGO coffee shop, but now it’s time to get back to the important matter of building things ourselves using little bricks.

One of the new designs in the pipeline was based on classic cartoon The Flintstones, with Andrew Clark – designer of a Doctor Who set back in 2015 – the man whose idea is becoming a reality. And now we have some more information about what you can expect.

According to the Danish company: “The Flintstone’s House entirely made out LEGO bricks includes a removeable roof, for easy play, a fun buildable palm tree, iconic stone sofa, bowling ball and pins – so Fred’s loyal best friend can pop over to relax and hit some strikes”

There will be bespoke figures of Fred and Wilma Flintstone and Barney and Betty Rubble, cornerstones of the Hanna-Barbera cartoon, and a LEGO version of Fred’s foot-powered car.

The set comprises 748 pieces in total, plus a fabric roof for a faithful reproduction of the family’s vehicle.

LEGO Ideas creators are invited to share their concepts on a dedicated site, and earn a share of the profits if their designs come into being.

We’ll soon learn which of the other new ideas are going to come into being, with potential new creations including the Central Perk café from Friends and classic Disney cartoon Steamboat Willie.

An update on successful LEGO Ideas entries is due in the spring.