We wonder if he's just as good at every sport 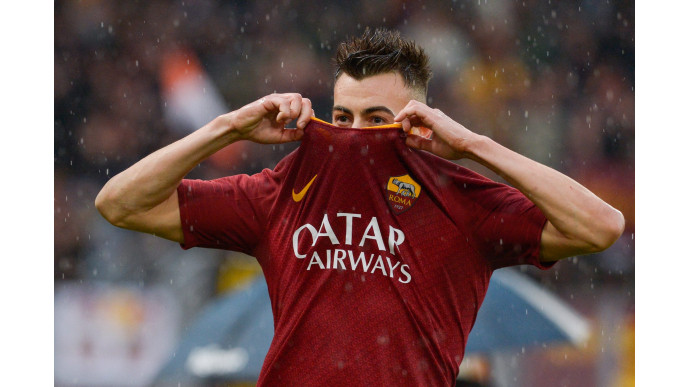 It’s hard for a footballer to get on a plane during a transfer window without page after page of speculation about him joining a new club.

So, when Stephan El Shaarawy flew from Rome to London, people had questions. Might he be on his way to Chelsea to link up with their Italian coach Maurizio Sarri? Perhaps Arsenal, or maybe he was en route to Tottenham to cover for the injured Harry Kane.

In fact, it proved to be none of the above. Instead, El Shaarawy was in town to see his one true love… professional snooker.

Just 24 hours after scoring the winner in Roma’s Serie A victory over Torino, his sixth goal of the season and 35th for the club overall, the 23-cap Italian international headed to Alexandra Palace to watch Judd Trump beat Ronnie O’Sullivan in the Masters final.

“”I watch [snooker] all the time. These two are my favourite players,” El Shaarawy, who played for his country at Euro 2016, told the BBC.

And El Shaarawy shared a photo from Ally Pally, as if to show he had no plans to hide the fact that he was in London.

He’s far from the first footballer who we’ve seen taking in other sports in their spare time.

Tottenham and England defender Danny Rose is a big darts fan, regularly heading to Ally Pally for the World Championships, while Liverpool midfielder Adam Lallana was spotted at Wimbledon watching the tennis with Game of Thrones star Kit Harington in 2015.

Still, that didn’t stop football fans speculating that he might have had other plans before leaving the capital.