The 'It's Always Sunny' star is a Gooner 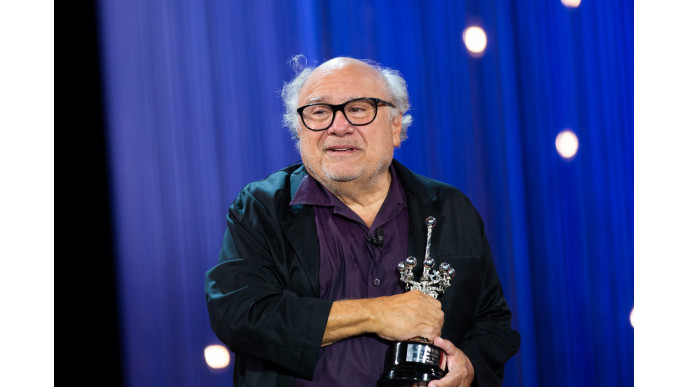 When it comes to late career renaissances, there are few more equally enjoyable and baffling than that of Danny DeVito.

The 74-year-old actor, who began his career in the 70s in films such as One Flew Over the Cuckoo’s Nest, has won a whole host of new fans through his portrayal of Frank Reynolds in It’s Always Sunny in Philadelphia, while also showing himself to be an all-round good guy.

However, it can be hard to separate Danny from Frank these days, adding an element of surrealness to his presenting spots - not least his recent appearance at the National Television Awards.

DeVito has been spending a bit of time in London of late, giving him the opportunity to catch up with his true love: Arsenal FC.

One’s a figure of fun who had some great moments in the 90s but has made some increasingly eccentric decisions since, and the other one plays Frank Reynolds in It’s Always Sunny in Philadelphia. Sorry.

During his appearance on stage at the awards ceremony, the actor spoke about going to watch the North London club during his time in the capital, only to be met with boos from the crowd, which seemed harsh.

“I’m going to go to the tryouts on Saturday… I want to get Petr Čech’s job - the goalie,” the 4’10” actor joked. Sadly for him, the humour fell a little flat in the face of an audience presumably made up of Tottenham fans.

The 13th season of It’s Always Sunny is on Netflix, despite concerns the show would be removed from the streaming service, and you can get in the mood by watching a second of footage from every episode.

DeVito, who joined the show in its second season more than a decade ago, and is also set to appear in Triplets, a sequel to his 1988 film Twins.