Are we set for a 5G version of the iPhone 12? Looks like it. 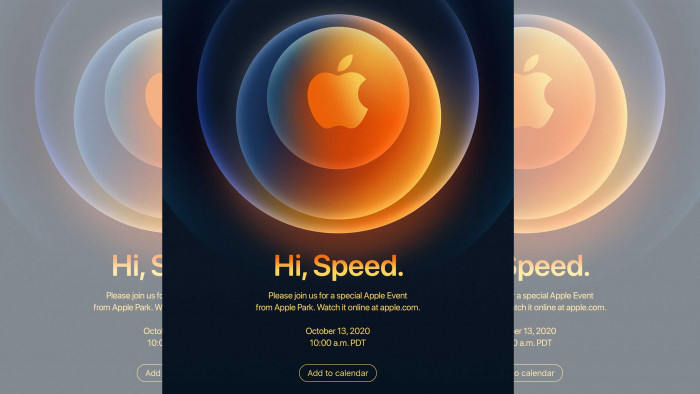 Phew, the iPhone 12 (we think) invites have finally gone out, meaning we are set for a brand-new iPhone before the year is out.

Usually you can set your watch by a new Apple iPhone release. Come mid September, the invites go out and every Apple fan up and down the land celebrates the arrival of a brand-new iPhone.

This year, though, it's different. Because EVERYTHING IS DIFFERENT. A September Apple launch came and went and while we got a fancy new Apple Watch Series 6 and a new iPad, there wasn't an iPhone in sight.

It turns out that Apple was just teasing us and there is going to be a new iPhone 12 after all - on October 13th. For those keeping up with everything going on in the world of tech, this is the same day as Amazon Prime Day 2020.

The invite has gone out to select journalists for a virtual conference about a new Apple Product (almost definitely the iPhone 12) and there are a few new details hinted at.

And these are very tentative hints but, hey, let's bloody speculate.

The main headline for Apple Invite is: Hi, Speed. Which pretty much means we are going to get a faster iPhone - Hi(gh) Speed, geddit? - with many speculating the iPhone 12 screen will be 120Hz (which is super smooth for things like gaming) and have 5G, which offers super download speeds in that one place in London that's got it.

There are also some strange rings around the Apple logo. Speculators speculating reckon this is something to do with wireless charging. Ooh!

Others are thinking that we will see the arrival of ARM MacBooks, which is of significance if you want your MacBook apps to talk better with your iPhone apps.

What else can we expect from the new iPhone 12, then? Well, all rumours point to myriad versions of the iPhone 12. There's said to be two versions of the iPhone 12 coming out: a 6.1-inch and 5.4-inch version. If this is the case then the 5.4-inch iPhone 12 will be one of the smallest full-fat iPhones Apple has released in a long time.
Our recent Pixel 4a review pointed out the handset was positively pixie-like, it was 5.8 inches. This phone will be smaller than that but not quite as small as the 4.7-inch iPhone SE.
Those who like their screens a bit bigger will be pleased to hear that there should also be a ‌iPhone 12‌ Pro. This is said to come in multiple sizes, too - 6.1 and 6.7-inch sizes. The latter being the biggest iPhone Apple has released. With that in mind, expect some sort of little and large joke when they are revealed side by side.

We will know the speedy truth 13 October, at the new Apple iPhone 12 launch - which takes place from 10am PDT.