The Apple Watch has been given a significant upgrade. 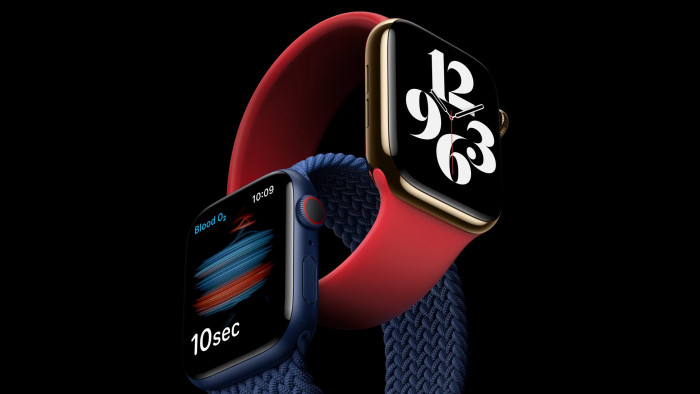 These are at the opposite scale when it comes to price and features, so if you are looking for the flagship Apple Watch then the Apple Watch Series 6 is for you.

This new Apple Watch has a whole bunch of new feature but what are they we hear you cry? Well, this is why we are here.

Here are 5 things to know about the new Apple Watch Series 6...

1. The Apple Watch Series 6 is all about blood

That's right, this version of the Apple Watch has gained a much-requested feature which will help with your health. The Apple Watch Series 6 can check blood oxygen levels. How this works and why this is important is as follows: measuring the oxygen saturation of someone's blood means you can better understand overall fitness and wellness. According to Apple, "Oxygen saturation, or SpO2, represents the percentage of oxygen being carried by red blood cells from the lungs to the rest of the body, and indicates how well this oxygenated blood is being delivered throughout the body."

Apple measure this using a cluster of LEDs on the back of the Apple Watch Series 6 and it hopes to improve this functionality with collaboration with myriad universities to see how this feature might help with the management of asthma and other respiratory diseases (such as Covid-19).

2. The screen is as bright as the Apple Watch is as powerful

The new Retina screen is some 2.5 times brighter than the Series 5, so shouldn't be a worry in bright sunlight. Couple this with a dual processor that's been based on the A13 Bionic chip (found in the iPhone 11) and what you have is a powerful computer on your wrist. According to Apple it's 20 percent faster than the Series 5 but will still offer the same battery life - around 18 hours.

There's fast charging on board here which means that you can go from Apple Watch dead to Apple Watch on full battery in 1.5 hours.

3. Watch OS 7 is on board the Apple Watch Series 6

4. There are a lot of different style of Apple Watch Series 6 to choose from

Apple will soon be releasing the Apple Watch Collection which has the Apple Watch Series 6 in a variety of different styles, including: a new blue color which joins the silver, space gray, and gold aluminum case options. There will be a (PRODUCT)RED Apple Watch with exclusive matching bright red bands. Stainless steel models are now available in graphite and an updated classic yellow gold color. Apple Watch Edition is available in natural and space black titanium.

If you are looking for the Apple Watch Nike, that now comes with new colours for the Nike Sport Band and Nike Sport Loop

5. Family is front and centre of the Apple Watch Series 6

Just like the Apple Watch SE, Apple has put the family first with the Apple Watch Series 6, offering functionality that mean you don't need an iPhone to get the most out of the Apple Watch. The Activity rings experience that has been optimized for kids and there is a new mode called Schooltime, which can help little ones stay focused while learning at home or in the classroom.