Every time Apple launches a new phone the same debate happens - which is the best iPhone to buy? - and last year's release of the iPhone 11 was no different.

Last September saw the launch of the highly anticipated iPhone 11, 11 Pro and 11 Pro Max, showcasing Apple's new A13 Bionic chip — transforming these models into the world's fastest ever smartphones.

UPDATE:iOS 14 has been officially revealed and the biggest change comes in the form of the homescreen. You can now have live widget tiles that offer up information at a glance. Couple this the potential to have different screens for grouped themed widgets and what you have is the most customisable version of iOS yet. Another big change is that an incoming phone call no longer takes up the whole screen, but will be shown at the top, much like a notification. This means that you will no longer have to stop your gaming if a phone call comes through. And there is also a redesigned weather app - this comes after Apple bought Dark Sky back in March. It allows for severe weather tracking and the like.

Apple's latest phones are packed with advanced speed, camera upgrades and longer battery life - in place of foldable fads and 5G advancements. But how do they compare?
Discover our iPhone list below and see how the newer models size-up against the existing iPhone XR and iPhone 8 handsets... 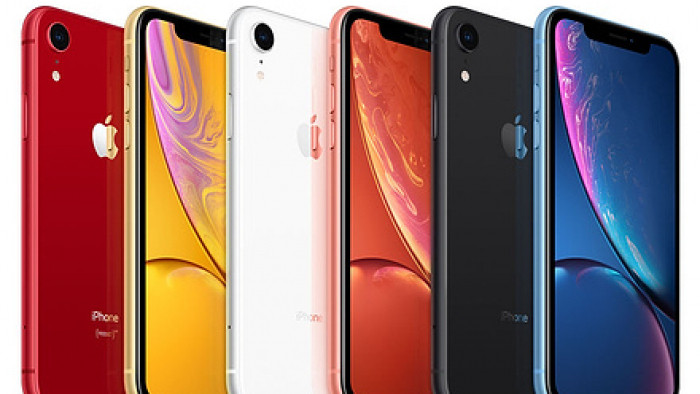 The entry-level model of the iPhone X range, the XR serves up a similar design to its XS counterpart but at a more affordable price. With its 6.1 inch display and powerful A12 Bionic chip, the XR is an attractive alternative to its siblings when you consider its impressive battery life. Available in five different colours, the handset features a single 12-megapixel rear camera, making it a well rounded iPhone for those on a budget. Available with either 64GB o 128GB of storage, the XR is let down by a lower-res screen than other X models and many apps still aren’t fully optimised for the handset. 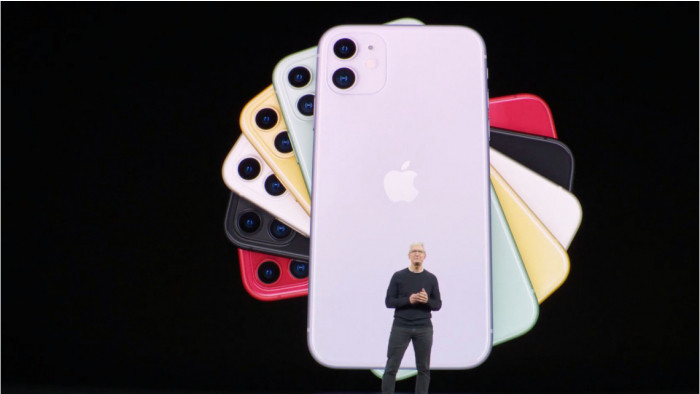 With a similar industrial design to the X range, the iPhone 11 features an upgrade in the form of an A13 Bionic chip - making it the world’s fastest smartphone. The aluminum design also makes it the strongest - or so claim Apple. Available in 6 different colours, the handset features spatial audio ensuring users get the full cinematic experience. With a dual camera system that works 3 times faster, excelling in low-light and features a 12MP lens. Ultimately, not a lot has changed from the X range (excluding the camera and chip), with the latest model coming in at £729. 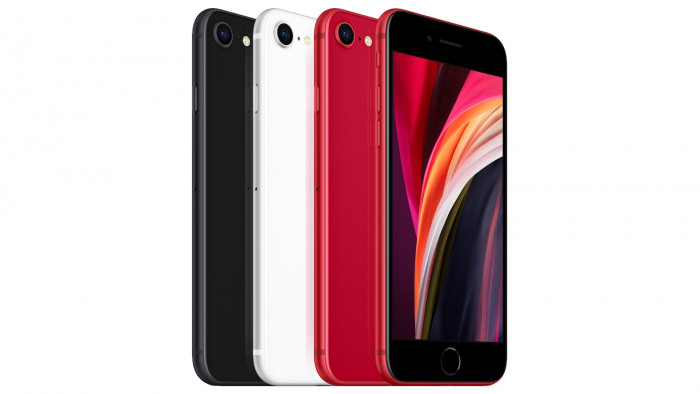 Released on the 24 April, the iPhone SE looks like a powerhouse of a phone - and it's the most affordable iPhone out there. It's pretty much looks like an iPhone 8, has a powerful single-lens camera, Touch ID and the Bionic A13 chip is inside. The screen is on the small side at 4.7 inches but that's refreshing, compared to the stupidly big phones on the market. We think Apple is on to a(nother) winner with this one. 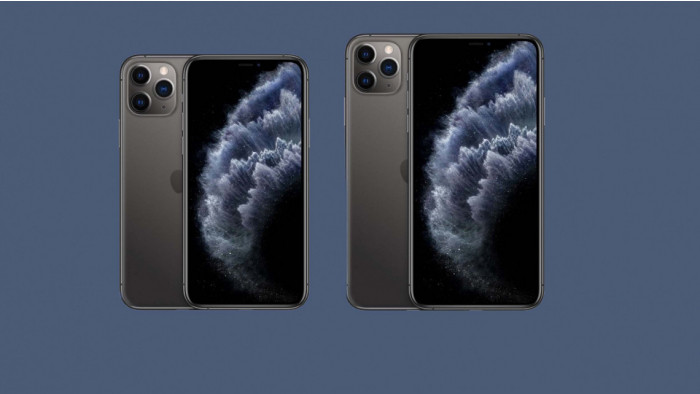 As with the rest of its iPhone 11 siblings, the iPhone 11 Pro Max is the fastest smartphone in the world, courtesy of its advanced A13 Bionic chip. Featuring the same three-lens camera as the iPhone 11 Pro, it incorporates a telephoto lens, a wide lens and the ultra-wide lens - all of which shoot in 4K. An improved battery also ensures it has a battery life that supersedes the Pro by an hour. It’s a somewhat bulky offering courtesy of the large 6.5-inch screen and square camera frame, however, it’s a necessary one, given the need to keep up with rivals like Samsung and Huawei who excel when it comes to camera capability. It also supports Dolby Vision and Dolby Atmos. Available in Midnight Green, Space Grey, Silver and Gold, the handset is the priciest of the bunch at £1149. 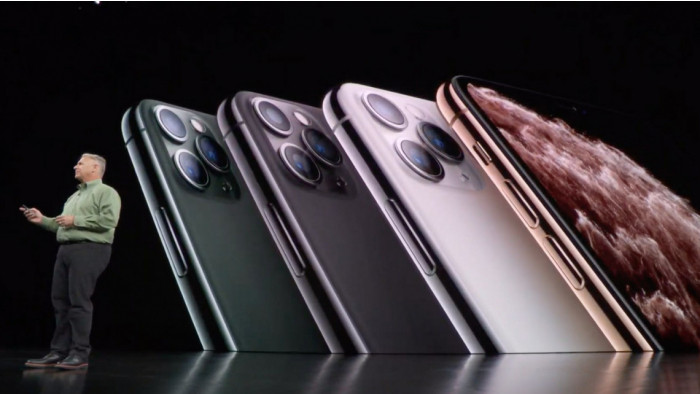 Featuring the latest A13 chip - making it the fastest smartphone in existence - the sleek looking iPhone 11 Pro is the new kid on the iPhone block. Featuring Apple’s new triple-camera system and a controversial square-shaped camera housing, the 11 Pro comes with a 5.8-inch display and is the smallest of the new generation iPhones. With a back that features a single piece of machined grass, the handset comes in a new Midnight Green colour, alongside Silver, Gold and Space Grey offerings. The battery also boasts four more hours than that of the iPhone XS and is priced at £1,049. 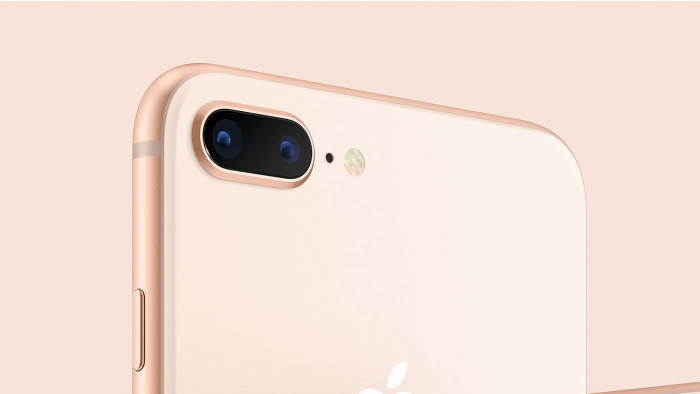 Launched in 2017, the iPhone 8 Plus featured Apple’s largest iPhone screen at the time of release, with a 5.5 inch Retina HD display. Available in Silver, Space Grey and Gold, the 8 Plus has a 12MP camera like both the 8 and the XR, but features touch ID in place of the Face ID seen in the newer X models. Superseded by two newer generations of handset, the 8 Plus is a little way behind the times when it comes to battery life and wireless charging but makes for a step up from a entry-level model. 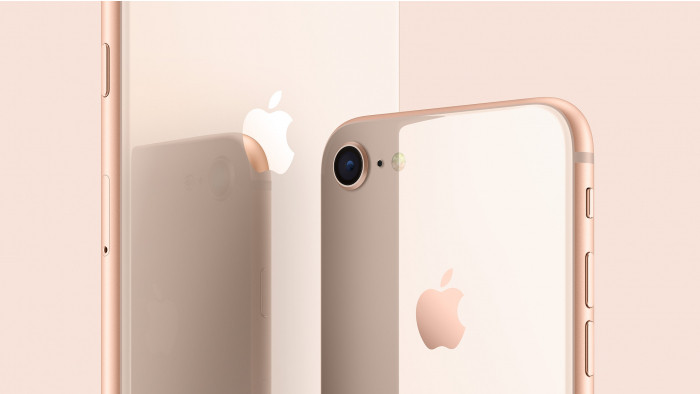 With its 4.7 inch Retina HD display, the iPhone 8 has a 12MP camera much like the 8 Plus and XR models. The entry-level handset for the 8 range features wireless charging like its larger sibling and comes in three colours, with either 64GB or 128GB worth of storage.