A dog is going to lead out a football league team

Dog on the pitch! Oh, he's meant to be there 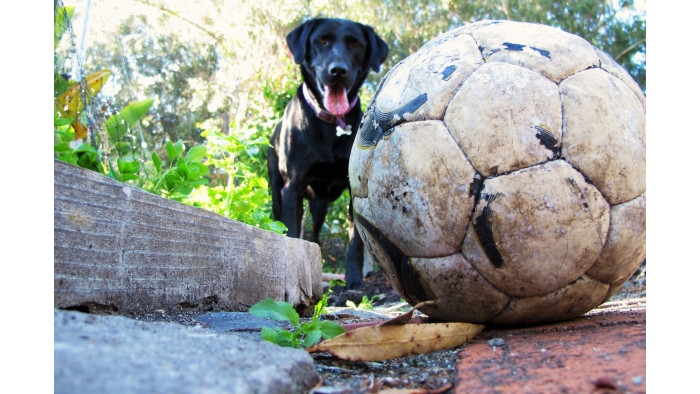 Football, like everything else ever, is better when dogs are involved. From this pitch-invading husky to Alexis Sanchez’s pets Atom and Humber, there’s no disputing it.

We even got to witness a dog coming onto the pitch to make a save not that long ago, and you bet we were excited about it.

However, one football club in England has gone one better, confirming that a pup will lead the team out for a competitive game.

Game Of Bones: There's now an Iron Throne you can buy for your dog

Ipswich Town fans haven’t had a lot to cheer this season, with their team winning just three of their first 34 games and sitting rock bottom of the Championship table.

However, they’ve got one thing the other teams in the league don’t – a canine guest of honour.

His name is Bowsa (not to be confused with the new Nintendo America President or the old Nintendo character, and you might have heard about him around the end of 2018 when he heroically comforted an elderly woman while she waited for an ambulance.

All dogs are good boys, but Bowsa is A Good Boy.

The Labrador and Rottweiler-Husky cross helped prevent the woman developing hypothermia on a cold Suffolk night, and he is being honoured by gaining the opportunity to lead out his local football league team.

The BBC describes him as a “football fanatic”, though he might just enjoy chasing round objects.

“When I got asked whether it’d be okay for him to come up [I thought] to have the brain to do that is just a fabulous story, really, so why not?” Ipswich manager Paul Lambert said.

This is normally the part of the story where we’d make puns like ‘Barkosz Barkowski’ or ‘Myles Kennelock’, however a) no one’s heard of real-life Ipswich players Bartosz Bialkowski or Myles Kenlock and b) they literally have a different player with the first name ‘Toto’. So we’ll just leave it at that.