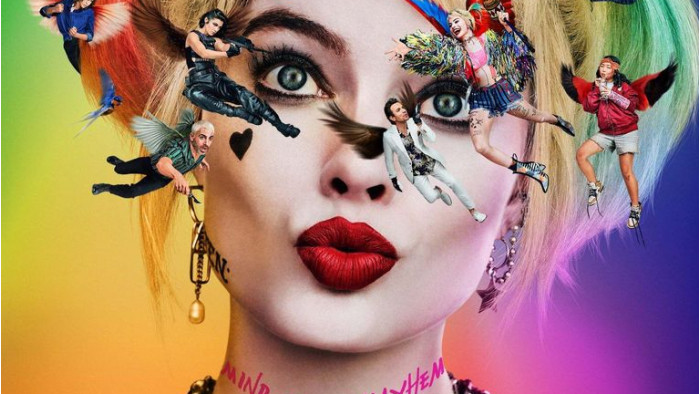 Margot Robbie’s Harley Quinn was one of the few good things to come out of Suicide Squad, and now we finally get to see the first poster from the character’s next movie Birds of Prey (and the Fantabulous Emancipation of One Harley Quinn).

She’s not alone though, as Harley Quinn is joined by many mini versions of the other characters including Black Mask (played by Ewan McGregor). What’s most interesting about his character is that despite his name, he is not wearing a mask on the poster - and fans aren’t happy. McGregor’s character, who is a criminal mastermind with a fixation with masks (to put it simply), will be the main villain in the film. As DC comic fans will be aware, Black Mask's infamous get-up includes a full-face black mask (obviously), and his signature twin automatic pistols - both of which are missing from the poster. Although there are some suggestions that the poster may just be depicting Roman Sionis before he became Black Mask, and we may see more character development in the film itself. it seems we may just have to wait and see to find out.

Huntress (Mary Elizabeth Winstead), Black Canary (Jurnee Smollett-Bell), Cassandra Cain (Ella Jay Basco) and Victor Zsasz (Chris Messina) are all also flying around Quinn on the poster. We also get to find out the tagline: “Mind over mayhem”, which is written across Harley Quinn’s neck - choker-style.
This won’t be the last time you see Robbie take up the role either, as she is set to return in The Suicide Squad in August 2021.

The film will also see Jai Courtney, Joel Kinnaman and Viola Davis return, along with newcomers include Idris Elba and Peter Capaldi.