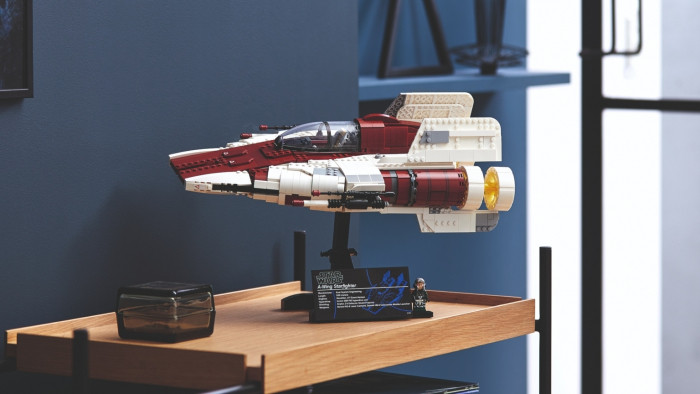 LEGO continues to dominate the world of Star Wars toys and it seems they’re not letting up anytime soon.

Their newest set takes inspiration from 1983’s Star Wars: Return of the Jedi as LEGO brings to life the iconic A-wing Starfighter.

The set will be joining the likes of the whopping 7541-piece Millennium Falcon and Death Star in the Star Wars Ultimate Collector Series.

Made up of 1673 pieces, the A-wing Stargfighter comes with pivoting laser cannons and a removable canopy so that you can access the highly-detailed cockpit.

Launching just in time for 4 May (aka May the Fourth), a new-for-May A-wing pilot minifigure and will be over 40cm in length.

Like the A-wing Starfighter, the helmets also come with a little plaque so that you can display them in pride of place.

The LEGO Star Wars A-Wing Starfighter will be available from 1 May for £179.99.