Disney Plus celebrates May the 4th Star Wars day with art, movies and more 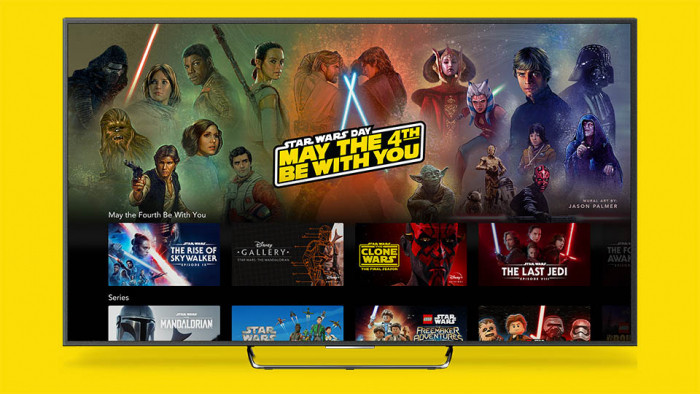 Disney Plus has had something of a makeover for May the 4th, Star Wars Day. To celebrate the world that George Lucas created, before handing the baton over to Disney, it has transformed its Star Wars section with fantastic art from the legendary Ralph McQuarrie - using his 1975 painting of the droids in the desert.

When it comes to new content, there's Disney Gallery: The Mandalorian - a behind-the-scenes look at the hit show fronted by Jon Favreau and the final chapter of the Skywalker saga, Star Wars: Episode IX - The Rise of Skywalker, is now available to stream.

If that's not all, you can customise your profile with an additional seven new “Star Wars” avatars added to the collection. They are of: Darth Maul, Jabba the Hutt, Bo Katan, D-O, Captain Rex, Porg and the 332nd trooper.

Speaking about its Star Wars celebrations, Michael Paull, President of Disney Streaming Services said: “The unique brand-centric architecture of Disney+ gives us the opportunity to get creative with how we showcase and engage fans around the content.

"As part of the “May the 4th” celebration we partnered with the teams at Lucasfilm to honor the artistry of Star Wars and bring their vision to life on Disney+ by showcasing the incredible concept art from over four decades of the beloved saga.”

The addition of The Rise of Skywalker means that the entire saga can now be streamed at home. If you want to know which way to watch them, then head to our 'how to watch Star Wars in order' guide.