Daredevil is back! First glimpse of the Marvel superhero revealed in MCU

New Daredevil show incoming, but we'll see him sooner than that. 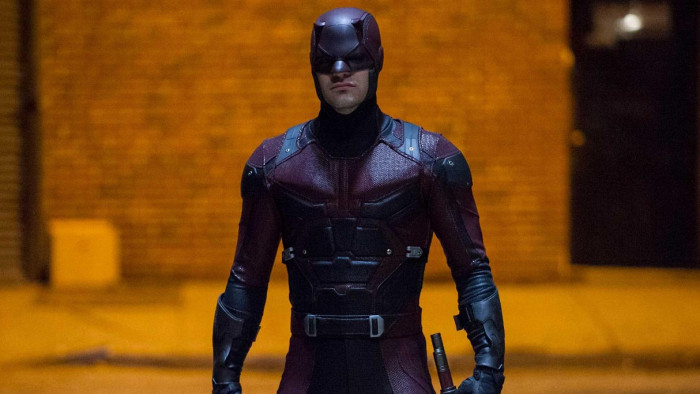 Daredevil was the standout out Marvel show on Netflix and with the series now in a new home on Disney Plus, there was hope that we will get news of another season soon.

That news has come, with Marvel announcing at San Diego Comic-Con that we are indeed getting a new Daredevil Disney Plus show.

Called Daredevil: Born Again, the new show will star Charlie Cox once more as the superhero and Vincent D'Onofrio will also be starring as Kingpin.

Daredevil: Born Again will officially be the longest Marvel show to date, with the first season housing some 18 episodes. That's triple the amount of episodes of recent MCU show, Ms Marvel.

The show is set for a Spring 2024 release but the good new is that we will see the superhero much sooner. A new trailer for She-Hulk: Attorney at Law confirms that Daredevil will be starring in the show.

Given it's based on lawyer Jennifer Walters (Tatiana Maslany), it was always easy to see lawyer Matt Murdock have a role in some capacity, but we actually get a glimpse of him as Daredevil in the new trailer.

This isn't the first time we have seen Murdock in the MCU. His cameo in Spider-Man: No Way Home confirmed that Marvel had more plans for the character.

It is strongly rumored that we are going to have Daredevil starring in the upcoming Echo show, too, which will follow Maya Lopez - last seen in Hawkeye - heading to her hometown and coming to terms with her superhero powers.

Charlie Cox will also be voicing the character in the animated show, Spider-Man: Freshman Year.

Daredevil was part of a raft of new MCU announcements that will map out Phase 5 and Phase 6 of the MCU, which is set to culminate with two new Avengers movies: Avengers: Kang Dynasty and Avengers: Secret Wars.

You can see Daredevil in action now in the new She-Hulk: Attorney at Law trailer (he's right at the end).

Daredevil is currently topping out best Marvel TV shows list - if you are a fan, then get voting.