Bros have announced a comeback show after their documentary went viral

The boys are back in town 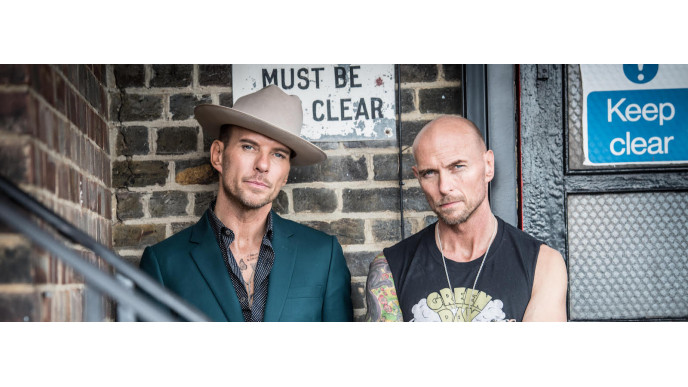 Bros: After The Screaming Stops, the no-holds-barred documentary about the unlikely comeback of the ‘80s pop stars Matt and Luke Goss, shows absolutely no sign of slowing down in its quest to become the most talked-about film of the moment. Forget the Golden Globes or the Oscars: the only thing anyone wants to talk about right now is Matt Goss’ determination to bring back conkers to England.

As well as what really, truly, signifies ‘home’.

And, as was the way with 2008’s Anvil! The Story of Anvil, it could well end up being the case that a film about a less-than-successful series of events ends up inspiring actual, real success - because Bros have now announced their first new date since the two comeback shows featured in the documentary.

They are going to play Brixton Academy on Friday 5 July and, while it would be quite correct to point out that their two shows at the O2 in London, on 19th and 20th August last year, were bigger gigs, this new show could be the start of an actual, fully-fledged comeback.

The O2 shows ended up being the only ones that they played of a planned nationwide tour - the others being cancelled due to “unforeseen logistical circumstances” - but it is expected that the Brixton show will end up being the first of many more around the UK, although details have yet to be announced.

They announced the show on Good Morning Britain - scene of the huge bust-up that opens the documentary, and on which they had to awkwardly soldier on in front of the cameras with frontman Matt saying:

“It was almost like going through therapy in front of a nation, I didn’t realise there were so many unresolved issues between me and my brother.

“I’d done 170 shows last year and having to come back into an environment, it was a really difficult thing.

“To have to do that in front of cameras - me and Luke are notoriously quite private people but we made a decision between the two of us to not have any rights to editing, and for us what you see is what you get.”

Drummer and actor Luke added: “[Documentary making is] a subjective art form. If you go into it thinking everybody’s going to love it you’re setting yourself up for a fall.

“There are some funny moments in the documentary for sure. There’s lots of moments where Matt and I would laugh at this documentary, because you become a musician not to put on a shirt and tie everyday - it’s a crazy business.”

To which Matt interjected: “I’m wearing a shirt and tie now Luke - is that a dig bro?”

The documentary, of course, works because, as well as the obviously funny Spinal Tap moments, there is a real heart and sincerity to what the brothers are trying to do, with their admirably honest recollections about the deaths of their sister and mother particularly heartbreaking. By the end, you’re rooting for them both to do well - and there’s every chance that there’s a whole new legion of fans out there now ready to see them play.