What happened immediately after *that* argument? 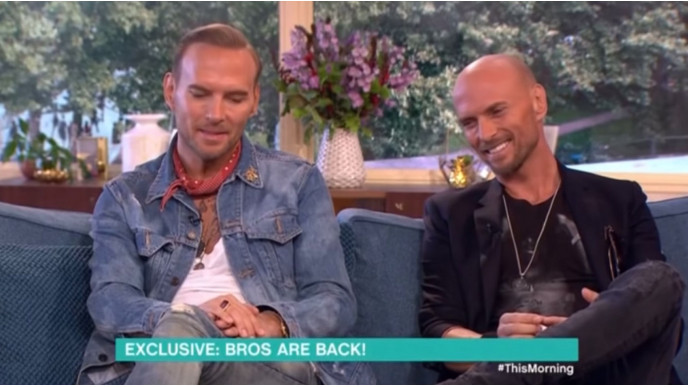 There is no doubt that the greatest documentary of recent times is Bros’ When The Screaming Stops which, having been released in November, quietly crept up on everyone over the festive period thanks to being shown on 23 December on BBC4, and its huge subsequent popularity on iPlayer.

The reason for that surge of viewers? Well, as soon as you’ve watched it, you immediately tell everyone you know to watch it too, on account of its pure brilliance on a variety of levels. Obviously, there’s the quite unbelievable amount of David Brent meets Spinal Tap lines from Matt and Luke Goss and the outrageously awkward arguments - but also, there’s a whole load of heart and soul in there. The moments where the brothers discuss the death of their sister and mother are genuinely heartbreaking and poignant, and by the end you can’t help rooting for them despite all the ridiculousness that’s gone before.

Of course, the whole thing begins with one of those huge bust-ups, filmed (it transpires) after an argument at rehearsals the previous day which hadn’t settled down, while the brothers are in the green room before going on to This Morning to do an interview to promote their upcoming comeback shows.

What do you think happened after this bust-up? Well, it’s not shown in the film, but obviously they then had to go on This Morning, with Eamonn Holmes and Ruth Langsford and go through with the interview.

As you’d expect, it is truly agonising viewing - and luckily it’s on YouTube to enjoy in all its glory.

-Matt looking like he’s about to cry/punch Luke throughout

-Matt casually saying that rehearsing is “up and down”

-The unbelievably awkward tap on the shoulder from Luke to Matt at 6:06

Just beautiful. And if you haven’t watched the film yet: DO IT NOW.