A record player from the '70s given a modern makeover. 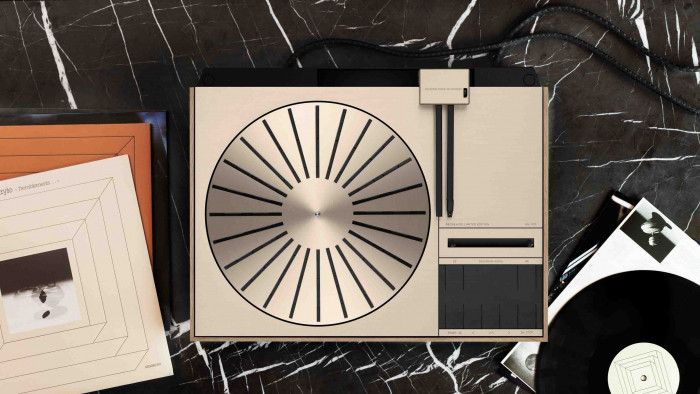 Ah, the '70s, a decade of beards and Brut, The Godfather and Saturday Night Fever. It was also a time when Hi-Fi systems were packed with design innovation - and none more so than Bang & Olufsen's Beogram 4000c.

To celebrate its classic turntable, B&O is bringing it back as the Beogram 4000c Recreated Limited Edition.

Now, when we say bringing it back, we really mean it. These turntables are the original units, given a modern makeover. Because of this, only 95 of them have been (re)made - and they've all been lovingly restored, with the addition of some modern components.

In what is a fantastic idea by B&O, the Beogram 4000c is the first product to launch in the brand’s new Classics initiative.

The idea is that B&O restores pre-owned, original models in the factory they were originally created - adding in new technology. That's right, B&O has created its own Repair Shop for its old kit and the results are fantastic.

The restored Beogram 4000c has had its aluminium chassis polished and anodised to create a warmer champagne tone. The turntable has been given a new hand-crafted solid oak frame and a new protective dust lid.

An RIAA phono pre-amplifier has been added, so the system can be used with Bang & Olufsen’s entire range of home speakers. A new stylus has been added as well.

All of this restoration does mean that this limited edition turntable does come at a premium. If you are lucky enough to get one of the 95, then it will cost you a cool £9,000.

You will be able to see the turntable in action in select B&O stores from Monday 12 October - and it's available to buy from the 19th October.