Avengers: Endgame is breaking records and it’s not even out yet

This could blow 'Infinity War' out of the water 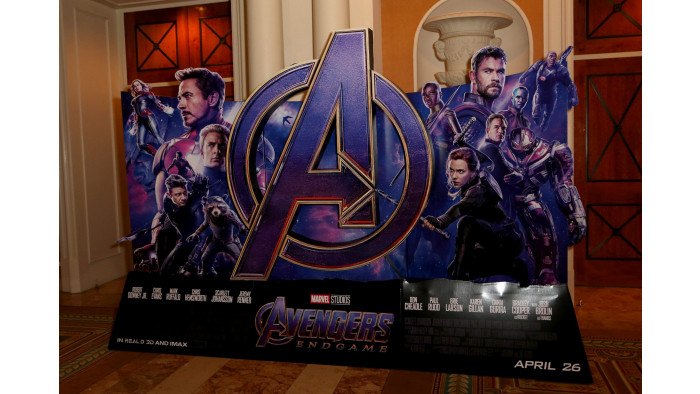 Whenever a new Marvel Cinematic Universe film arrives on the big screen, we know we can expect some records to be in danger.

Four of the 10 highest-grossing films ever are Marvel films, and that total could well hit 50% if Avengers: Endgame tops the $1.34bn grossed by Harry Potter and the Deathly Hallows – Part 2.

Of course, we’d be surprised if it doesn’t not only beat that total but obliterate it - and don't forget to vote for the best Avengers characters here - if the presale numbers are anything to go by.

Is Angelina Jolie Marvel's next star?

Avengers: Infinity War currently sits fourth in the worldwide list, and folks seem pretty desperate to find out what will happen after that momentous conclusion.

According to Deadline, presales through the Fandango app were through the roof, with the film shooting straight to the top for first-day sales, while Regal has seen advance ticket sales for the upcoming film bought at more than twice the rate of Infinity War.

Another US-facing ticketing portal, Atom Tickets, has seen an even more significant rise compared to the previous film, released in April 2018.

Avengers: Endgame is due to arrive in the UK on 25 April, with a full US release the following day, and there’s bound to be similarly high demand for tickets here.

As of August 2018, Infinity War had grossed just over £70m in the UK, placing it 10th in the all-time rankings.

We’ve already been treated to a new trailer featuring Captain Marvel, as well as a very busy poster, and we’d be stunned if the publicity isn’t hugely ramped up in the coming weeks as we prepare for the cinema release at the end of April.

That means we’re just a few weeks away from discovering if Audi really did confirm a fan theory about one of the characters in the MCU.