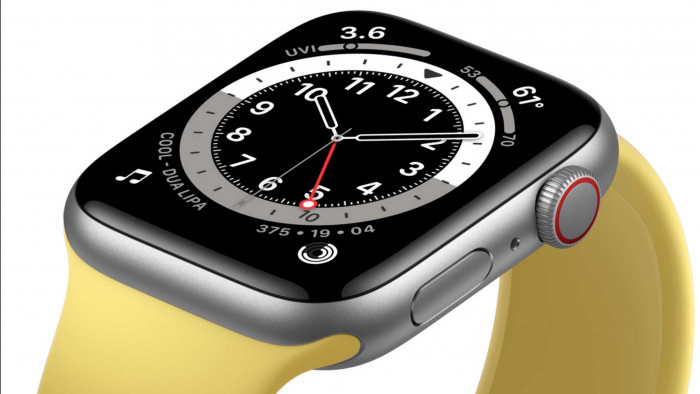 Both Apple Watches join the already here and in the shops Apple Watch Series 3, which is a little confusing but there are essentially three smartwatches you can no buy from Apple.

The Apple Watch SE is the product that caught our eye as it is the cheapest Apple Watch available which means that Apple might well get a brand-new audience to strap its product to their wrist.

Speaking about the Apple Watch SE, “Jeff Williams, Apple’s chief operating officer, said: "Apple Watch SE combines elements of the Series 6 design with the most essential features of Apple Watch, all at a more affordable price.

“We’re excited to offer another great option to help customers stay connected, be more active, and keep an eye on their health.”

Here are five things to know...

1. The Apple Watch SE is all about affordability

2. The design is impressive (and the same as the Apple Watch Series 4)

On board, is the Retina display, which is flanked by thin borders and curvy corners. Stat fans will be happy to know that this screen 30 percent larger than Series 3. There are a variety of new watch faces are optimised for the display, so customers things like notifications, text messages, workout metrics, and more are easy to read.

3. There are some great new health benefits on the Apple Watch SE

As well as all the fitness gubbins you've come to expect from Apple, you also get three months access to Fitness+, its new fitness app. According to Apple, Fitness+ "intelligently incorporates metrics from Apple Watch for users to visualise right on their iPhone, iPad, or Apple TV, offering a first-of-its-kind personalised workout experience". It's basically its version of Pelaton and it will be interesting so see how much effort Apple puts into this service.

Alongside this there is Emergency SOS and an altimeter and compass get-up that should track your steps (and elevation better) and WatchOS 7 (see below) has new health and fitness features, including low-range VO2 Max, sleep tracking, automatic handwashing detection, and new workout types which Apple reckons can help users better understand overall well-being.

WatchOS 7 is the latest operating system for the Apple Watch and comes with seven new watch face options, including Stripes, Chronograph Pro, GMT, and Artist. As well as the new health options mentioned above, you also get maps with cycling directions and Siri offers language translation.

5. The Apple Watch SE is all about the family

Apple is hoping that its more affordable smartwatch will be enticing for younger children and has announced a Family Setup3 for watchOS 7. This extends Apple Watch to the entire family, according to Apple, by allowing kids and older family members of the household who may not have an iPhone to benefit from the connectivity, safety, and fitness features of Apple Watch. An Activity rings experience has also been optimised for kids and there is something called Schooltime, which can help them stay focused and attentive while learning at home or in the classroom.

But if they are in a classroom, they will probably get told off for using their watch and told to stop showing off.

The Apple Watch SE is available to order now from Apple.