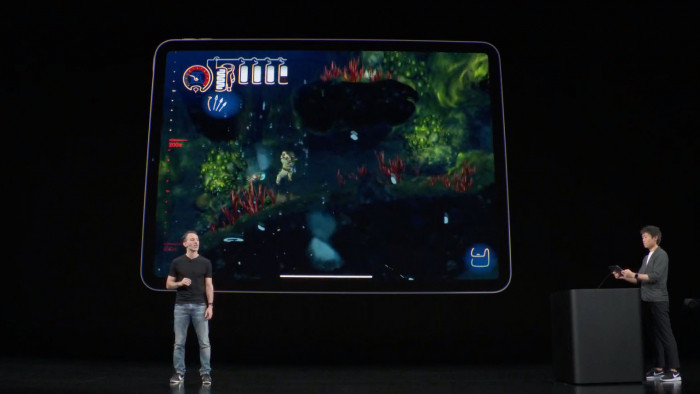 Apple has revealed more details about Apple Arcade, its gaming subscription service and showed off some of the games that will be exclusive to the platform.

At Apple’s Keynote we saw a number of the new games and the publishers that will be making them.

These publishers include: Konami, SEGA and Capcom. You will be able to get the subscription service form September 19, it will cost $4.99 a month and it is launching with a one-month free trial.

Konami revealed Frogger In Toy Town on Apple Arcade, a 3D version of the original game. It was played on stage and looks pretty cool. The physics look great, as does the gameplay.

Shinsekai Into The Depths

This from Capcom looks really impressive, it’s a 3D adventure under the water and will be exclusive to Apple Arcade.

From Annapurna, this is a ‘playable’ music video, according to its makers. The storytelling is mixed in with the music and the graphics look lovely - it’s a neon side scroller. The music is definitely not for all - very poppy - but this game does look impressive on the iPad demo shown on the stage. This one won’t be exclusive though, as you will be able to get it on Switch.

these are the best Nintendo Switch games around right now. And if you want to play Apple Arcade, you are going to need the best iPad guide.