A Face/Off remake is happening: here's what we know 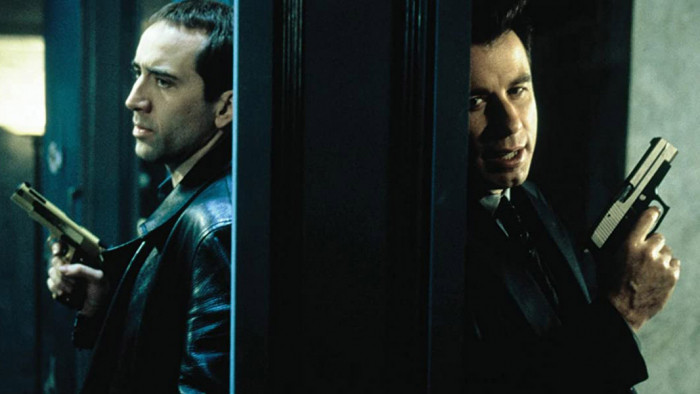 If ever there is a movie that's of its time, it's Face/Off. Taking the tried-and-tested body swap format to a whole new level, the movie saw Nicolas Cage (terrorist Castor Troy) and John Travolta (FBI agent Sean Archer) trade faces and lives.

It's an undercover operation that goes a bit wrong and it makes for a fantastic watch, certainly one of the best movies of the 90s.

Given how iconic it is - whether you think it's a masterpiece or not - remaking the thing is going to be tricky. We've already seen a remake of RoboCop fall flat, as well as Total Recall.

Paramount reckons a Face/Off face-lift is needed, though, and has finally found a director for the project.

Adam Wingard will be the new helmer of Face/Off and he's no stranger to tackling big-name properties. His latest movie is Godzilla Vs Kong which, judging by the trailers, looks amazing. He also made the fantastic You're Next, which is one of our picks of the best horror movies on Netflix.

He also took on the might of The Blair Witch Project and made a competent sequel to the movie, bringing it kicking and screaming into the 21st century with the use of drone footage and the like.

There were rumours of a Face/Off remake back in September 2019, with the writer of Sonic movie on board to pen the script. According to Deadline, Wingard will be starting from scratch with writing partner Simon Barrett.

There's no word on how Face/Off will change for its remake. But we are now in a world of Depp Fakes so identity swapping and technology is already deep-rooted in our brains.

Although no casting decisions have been made, it's highly unlikely Travolta or Cage would return for this one. But we would be first in line at the cinema if they did.